Foreign Minister Marise Payne has described an incident at Doha airport, where 13 Australian women were invasively searched without their consent, as a "grossly disturbing" and "concerning" set of events.

A group of 13 Australian women were subjected to invasive physical searches without their consent, earlier this month, after reports airport terminal staff in Doha discovered a premature baby abandoned in a bathroom earlier. 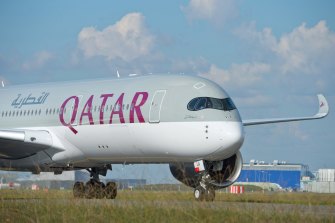 Women, including a mother with her children, on the Qatar Airways flight to Sydney were subjected to invasive physical searches.

The incident, first revealed in a Seven News investigation on Sunday, took place on board flight QR908 from Doha to Sydney on October 2. It is alleged Qatari authorities forced the women to remove their underwear for a genital examination in an ambulance on the tarmac.

Sydney lawyer Dr Wolfgang Babeck was a passenger on the 42-person flight. Himself returning to Australia from Germany, he said most of the people on the flight were transitting from various locations in western Europe.

"Speaking beforehand, we exchanged some of our stories because many had been knocked back from flights two or three times trying to get home," he said. 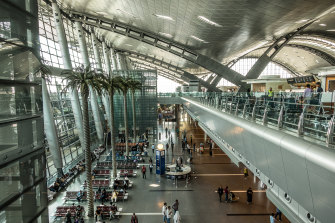 The incident occurred at Hamad Airport in Doha. Credit:Shutterstock

"Individuals who had access to the specific area of the airport where the newborn infant was found were asked to assist in the query."

The Department of Foreign Affairs and Trade is still seeking information from the women affected and has made counselling and mental health services available for them.

Senator Payne said Australia was taking the incident "extremely seriously" and had taken it up directly with Qatari authorities both in Canberra and in Doha.

"We are awaiting the imminent outcome of a report from the Qatari authorities," she said.

Senator Payne said the matter was raised with DFAT shortly after the incident occurred and she understood the matter had also been reported to the Australian Federal Police.

"This is a grossly disturbing, offensive, concerning set of events. It is not something I have ever heard of occurring in my life in any context."

Asked what action the government would take against Qatari authorities, Senator Payne said she wanted to "see the report of what occurred at the airport" which she understood would be made available.

Asked whether the women were subject to sexual assault, Senator Payne said "I’m not suggesting that because I have not seen the detailed report of the set of events".

"But in terms of the consent to a physical examination by medical professionals – that does raise significant concerns," she added.

"These women should never have been subjected to this outrageous violation," she wrote. 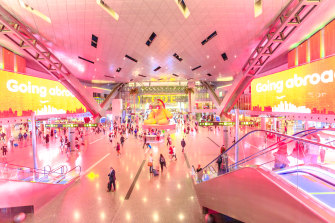 The airport said they discovered the baby in a bathroom and had concerns for the wellbeing of the mother. Credit:iStock

"We expect Qatari authorities to be transparent – and ensure this type of treatment is not repeated."

"The idea that women could be subject to these very intrusive searches is, in my view, an absolute disgrace," he said, adding that the federal government should make the "strongest possible protest" to the Qatari government.

"Also anyone who has heard those reports will be thinking with just a great deal of sympathy – and our hearts go out to the women impacted by this. This is incredibly intrusive behaviour."

Speaking on Sunrise on Monday, Nationals MP Barnaby Joyce said no explanation given by Qatari authorities for the examination would be permissible.

"What explanation could you give? It is outrageous and to think that so many people, so many ladies, went through that sort of humiliation."

The 13 women completed their fortnight of hotel quarantine in Sydney, and have since returned to their homes.

A spokesperson for NSW Police, who run Sydney's hotel quarantine program, said they were aware of the incident and NSW Health had provided the women with medical and psychological support during their stay.

85 infants in one Texas county test positive for coronavirus