‘Sperminator,’ 44, who has fathered 78 children and currently has 13 women pregnant reveals he just ‘can’t say no’ – and insists he lives a ‘great life’ even if he does ‘struggle financially’

A sperm donor who has fathered 78 children and currently has 13 women pregnant has told how he just ‘can’t say no.’

New York college professor, Ari Nagel, 44 – also known as The Sperminator – who appeared on The Dr. Oz Show which will air today, was asked by the presenter whether any aspects of ‘narcissism’ play a role in his life.

In response and discussing his motivation for helping women, Ari replied: ‘No. Maybe I’m not good at saying no,’ he explained. ‘I would describe myself that way, but definitely not. I have a great life, even if I struggle financially. I get lots of hugs and kisses every single day.’

He continued: ‘I think the motivation of why I help these women, in some ways, why does anyone have kids? I think in some ways I’m getting a lot of the joy and love that a lot of other parents experience.’ 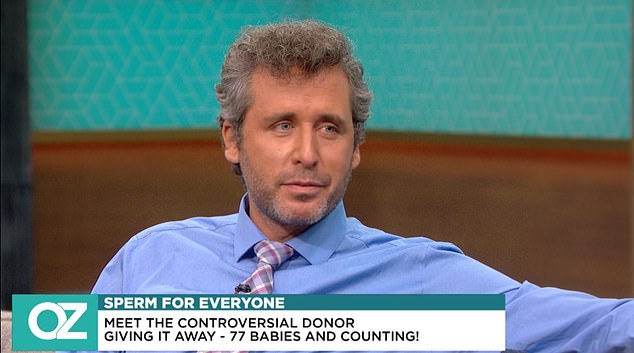 New York college professor, Ari Nagel (pictured), 44 – also known as The Sperminator – who appeared on The Dr. Oz Show which will air today, has told how he struggles to say ‘no’ 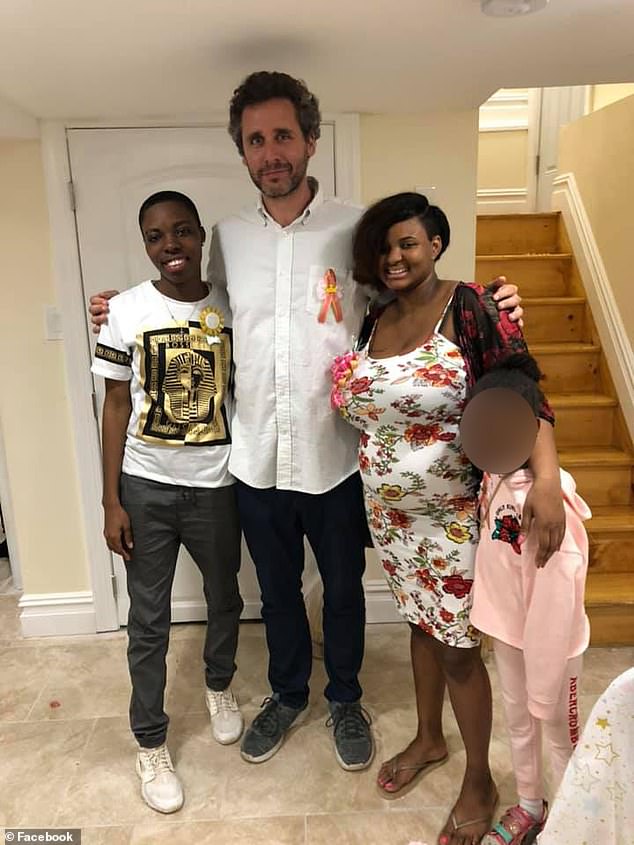 Ari previously revealed he used to conceive ‘the old-fashioned way’ and would have sex with the women to help them conceive.

However, since learning of other ways to conceive, he now delivers his sperm in a ‘cup’ so that he is able to protect himself and the other women he’d be helping that month.

During the show, he spoke to Dr Oz and explained why he began donating – when many men haven’t thought of doing it once – let alone 77 times.

‘I have two 12-year-old kids and I think it’s quite indicative of maybe the women that you have here on the show today,’ explained Ari.

‘One was a lesbian couple and they needed help, obviously, to grow their family, and then the other one was a single woman who wasn’t meeting Mr. Right, she was in her 40s and she needed help and she couldn’t wait any longer to meet somebody.’

‘Then you asked me why I’m helping them. It’s brought me a lot of joy seeing how happy the kids are, how happy the moms are, and seeing all these beautiful families that I was able to help grow.’ 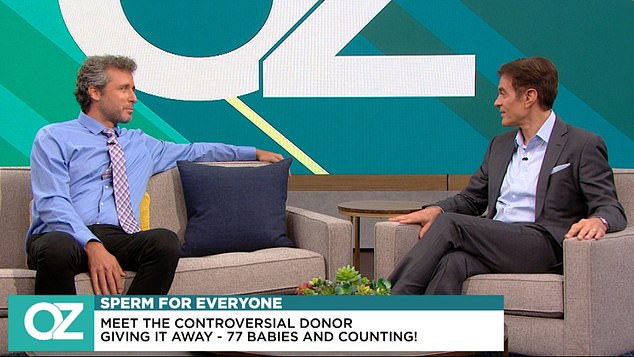 Dr. Oz also questioned whether the State Department of Health have the right to stop Ari from donating sperm. Pictured, together

The duo then went on to discuss Ari’s experience with the State Department of Health, with Dr. Oz questioning whether they have the right to stop him from donating sperm.

‘Well, they wrote me that letter, certified, it went to my work. I think they just read an article in the New York Post and they said, “What’s going on here? He needs to apply to be a licensed clinic,” and that I need to stop advertising my services,’ explained Ari.

‘But in the end, I think when I clarified what I’m actually doing, it’s ultimately an infringement on every man’s right, I think, to have a child.’

‘I think that they did back down, they said they reserve the right to pursue legal action in the future, but for now, I can continue doing what I’m doing, because of course, I’m not operating a licensed sperm bank.’

Which supermarkets deliver and what are the rationing limits during the coronavirus outbreak?