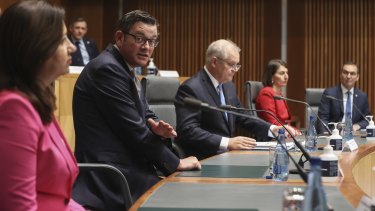 Edward Braddon, an early proponent of Australia’s federation, pleaded with colleagues a century ago that if the Commonwealth was to be the greatest possible success then everyone must “entirely drop that parochial feeling”.

Despite an obvious allegiance to Tasmania, the premier of the island colony urged others at the 1898 Australasian Federation Conference in Melbourne to put aside petty rivalries and “work together honestly and with strenuous energy” in the national interest.

“We should cease to feel that we belong to this state or to that, and only acknowledge that we belonged to the Commonwealth,” Braddon, an MP in Australia’s first Federal Parliament, said.

More than 100 years on from Braddon’s request a pandemic-driven resurgence in state-based parochialism threatens to fracture the foundations of that federation. State borders and cities shut at a moment’s notice and police even turned away residents returning from interstate.

COVID-19 has starkly illustrated that while we might be “many”, we’re not necessarily “one″⁣. 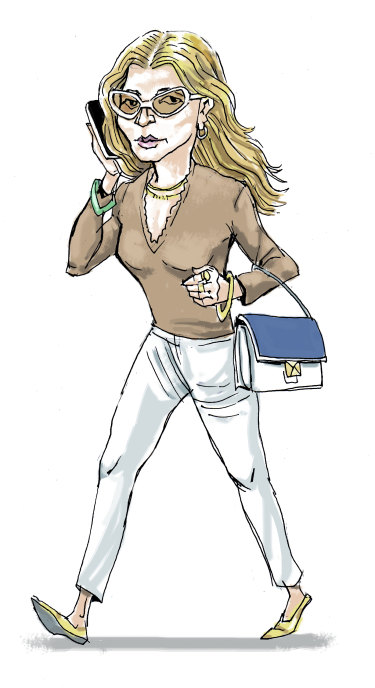 Sydneysiders see the city as hard-working and global.Credit:Joe Benke

Confidence in state premiers and their governments has reached record highs around the country in the past year which, coupled with several elections, has given them cover to pander to populist, state-based sentiments.

And the difference in attitudes between Melburnians and Sydneysiders, new research shows, could not be more stark.

As fault lines appear in national cabinet – the crisis committee designed to unify the nation’s response to the coronavirus pandemic – a survey of almost 2000 Australians has found Victoria now has a stronger sense of state identity than any other Australian state. NSW has the lowest.

The research, compiled by CT Group and conducted between January 22 and 30, found while Melburnians identify strongly as being Victorian, Sydneysiders identify less so with being New South Welshmen. 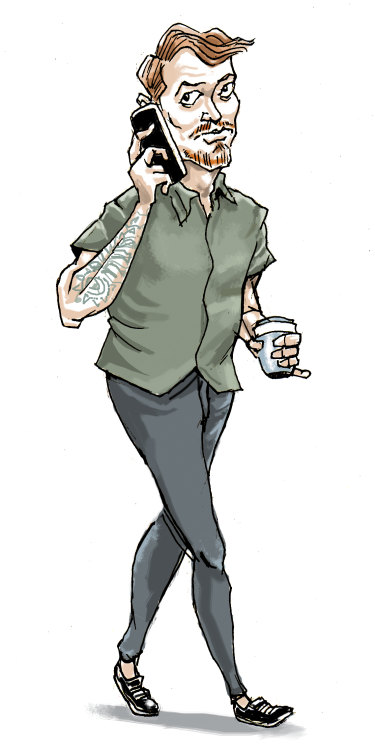 Melburnians say their city is trendy, inclusive and independent.Credit:Joe Benke

“During COVID, state ‘parochialism’ made it easier for certain states to shut borders and for a place like NSW to stay open,” Paul Colgan, a director of CT Group, says.

And Colgan believes how Australians identify with their state or city will have major consequences for governments, businesses and communities, particularly as domestic economies rebuild from the pandemic. 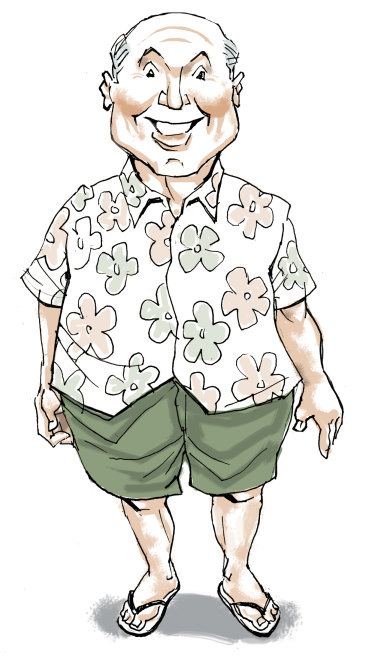 When comparing Sydney and Melbourne, Sydneysiders are more likely to describe their city as success orientated, ambitious, fast-moving, and beautiful. Melburnians think of their city as multicultural, cultured, creative, trendy, fashionable and sporting.

He says those who identify as from either of the nation’s two biggest cities were the strongest advocates for their home towns and would aim to preserve their treasured city attributes.

“Does a multi-national want to expand its presence in a city where there is a culture of creativity, or one that is fast-paced and success orientated?” Colgan says.

“Given that there are likely to be significant limitations on international travel, how does Sydney preserve its position as a global city?”

Around the nation residents of South Australia, Western Australia and Queensland all described their home states as “relaxed”. South Australians also say their state is “cultured” and “artistic”. West Australians tend to say, more than any other state, that WA is “independent”, “fair” and “community minded”.

Queenslanders describe their state as “beautiful” and “natural” significantly more than people from elsewhere.

Judith Brett, Emeritus Professor of politics at La Trobe University, says while one of the world’s longest and most severe COVID-19 lockdowns might have exacerbated Victoria’s level of parochialism, it always lingered beneath the surface.

“Firstly, it’s important to remember that people really didn’t start identifying as Australians until the Second World War,” she says. “That’s when you first get a strong sense of national identity overriding state identity.

“But I think it is also to do with Victoria having a more liberal and progressive culture. They see a country which has been run by NSW basically since John Howard. Tony Abbott followed with Turnbull and Morrison.” 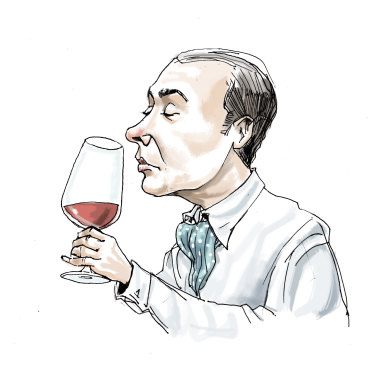 South Australians say their state is cultured and artistic.Credit:Joe Benke

The focus on whether national cabinet, which will mark its first anniversary late next month, can continue to work as intended has sharpened in recent weeks.

The group cannot agree on a national definition of a “hotspot”, which has delivered inconsistent and illogical policies on allowing Australians to move from city to city and state to state.

The reluctance of some states to lift caps on returning Australians within their hotel quarantine systems has also added to a massive backlog and amplified criticisms of the federal government’s role.

Federal Labor leader Anthony Albanese was – and remains – furious that he was never invited to join the group. His criticisms have become louder in recent days as he accused the Prime Minister Scott Morrison of continually taking credit for the decisive state governments’ own successes while dithering. 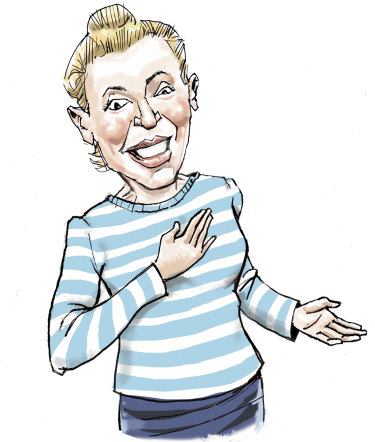 He says it should be called a “federal meeting”, where the states simply tell each other what they’re doing.

“I think that it would be far better if we had at least more national understanding and consistency there,” Albanese said this week. “Scott Morrison has handed over control as if we’re not in charge of who flies into Australia. And issues like quarantine are clearly a national responsibility.

“And that’s about politics, of course. Because if you’re not in charge, then you can’t be blamed if something goes wrong”.

Jarrod Ball, the chief economist at the Committee for Economic Development of Australia, says while national cabinet had at times looked messy and confusing to the public, it allowed leaders to simultaneously maintain authority in their state or territory and commit to a national process.

“There really was no playbook for how to deal with something like we saw and it is important to remember the federation is messy,” Ball says.

He says it was important to remember the one in 100-year pandemic had galvanised Australian leaders in a way that was not seen in many other countries.

“And I think they learned from each other along the way. What worked and what didn’t, there was some political opportunism but largely the response has put the country in a very good position,” Ball says.

While it was not perfect, he says, there were few alternatives. But there remained risks ahead.

“Elections can result in major changes in political dynamics across both state and federal spheres and changes in personnel at the national cabinet table, weakening established relationships and goodwill.” Ball says.

He said the test of success will be whether they were brave enough to tackle the Commonwealth-state tax mix. 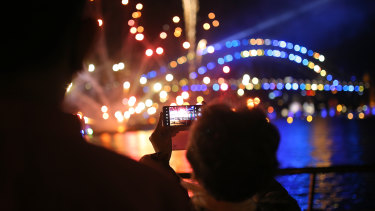 When comparing Sydney and Melbourne, Sydneysiders are more likely to describe their city as success orientated, ambitious, fast-moving, and beautiful.Credit:Stephen Saphore

Former South Australian Labor premier Jay Weatherill has been a vocal supporter of the process but argues there’s a generational opportunity to strengthen our country through permanent reform to our democratic processes and institutions.

“We must grasp this opportunity for lasting change,” he says.

“Extending and refining the national cabinet — which stands in stark contrast to the painful inertia of so many COAG meetings, where good intentions and grand ideas went to die — is a positive development, but more work is needed to realise its potential.”

Morrison, has been sensitive to criticisms of national cabinet, his own idea born out of necessity in a dramatic Council of Australian Governments meeting in Parramatta last March.

He believes it provides the chance to turbo-charge competitive federalism, where sovereign state governments remain accountable to their citizens.

“I mean, honestly, we’re professional leaders of governments,” Morrison said this month in reply to a question from a journalist asking if there had been “fireworks” in that morning’s meeting.

“And that’s why it gives me and I think Australians greater confidence to step forward into 2021. We’ll manage these things along the way.”

While the prime minister strives for unity, the nation remains divided when borders are closed. We’re all in this together? Only, it seems, when it’s politically convenient.

At the end of each day, we’ll send you the most important breaking news headlines, evening entertainment ideas and a long read to enjoy.  Sign up to The Sydney Morning Herald’s newsletter here, The Age’s here, Brisbane Times’ here, and WAtoday’s here.