Steph & Dom solve your sex, love & life troubles: Can I divorce him when he’s just lost his job?

TV’s Steph and Dom Parker, 52 and 54, draw on their 21 years of marriage to solve your relationship problems…

Q I’m 56 and have been married for 23 years. However, over the past few years, since our two kids have left home, things haven’t been the same with my husband and I. We get on one another’s nerves, and I can’t remember the last time we had sex.

I had been thinking about getting a divorce for a while but been too scared. Then lockdown happened. While we tried to keep out of each other’s way, things got worse stuck at home together for four months. For me, this provided the clarity I needed to end the marriage.

Except, a few weeks ago, my husband was made redundant. He was devastated. He’d been at that company for most of his working life, and he’s been so depressed. So now I worry that I can’t leave him, that it would be cruel to abandon him.

Equally, I’m so unhappy and feel trapped. What should I do? 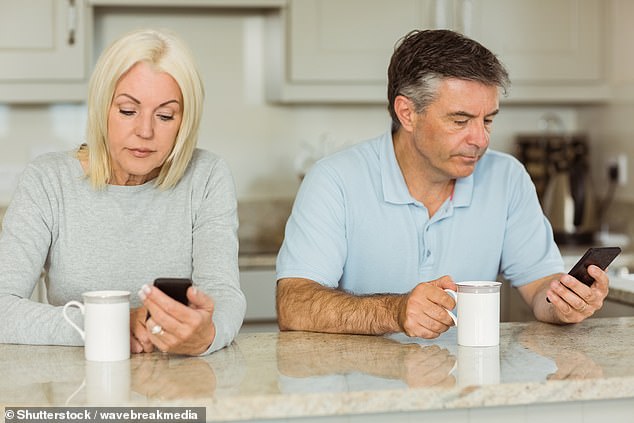 This week a reader, 56, questions whether now is the right time for divorce after her husband lost his job. Pictured: File photo

Your letter must have taken a great deal of courage to write and I thank you for that. In fact, I want to give you a virtual hug on behalf of all the women reading this who find themselves in a similar position.

The truth is, in ‘normal’ life, it’s entirely possible to distract yourself from the fact you’re unhappy in your marriage. But spending four months together with no other company will reveal the cracks — and, if you’re not communicating properly as friends and lovers, there’s little you can do to repair it.

By coincidence, 23 years is exactly the same time Dom and I have been married. We all change over such a long time. At the start, we focus on each other, then on children — and when they’re gone, we start to remember who we were before it all, and often find we are someone completely different. It happens to us all; no one is at fault.

If your marriage was functioning well, you would expect your husband to turn to you to help him with the shock and feelings of rejection after losing his job, and together you would get through his devastation. To my mind, the fact he has not done so only confirms the wisdom of your decision to leave.

As I read your words, I sense a finality. Words such as ‘unhappy’ and ‘trapped’ convey strong feelings. What you’re asking of us isn’t advice on whether to do it at all, but permission to do so now.

Do I consider you cruel doing it now at a difficult emotional time for him? No. You’re not a bad person for wanting happiness in your life. Yes, it’s bad timing but that’s not your fault, and it’s not your job to smooth it all over or find consolation prizes for your husband at the expense of your own wellbeing.

I would advise you to continue the emotional journey you’ve begun — to steel yourself and be selfish. Now is the time to stop thinking about everybody else.

Yes, the conversation will be hard — it would be under any circumstances — and I don’t presume to tell you how to do it because you’re the one who knows him best. But I would advise you to be unwaveringly honest: by being so, there is a finality for him, too. What would be cruel is to suggest a ‘trial’ separation if there isn’t any hope of you changing your mind.

Have a plan at the ready in terms of when you think you’ll move out and where you might live, so that all the answers are there when he asks. You’re much more likely to stand firm if you’ve thought it all through.

It would be tragic to wake up in 20 years’ time and still be unhappy. I wish you luck. 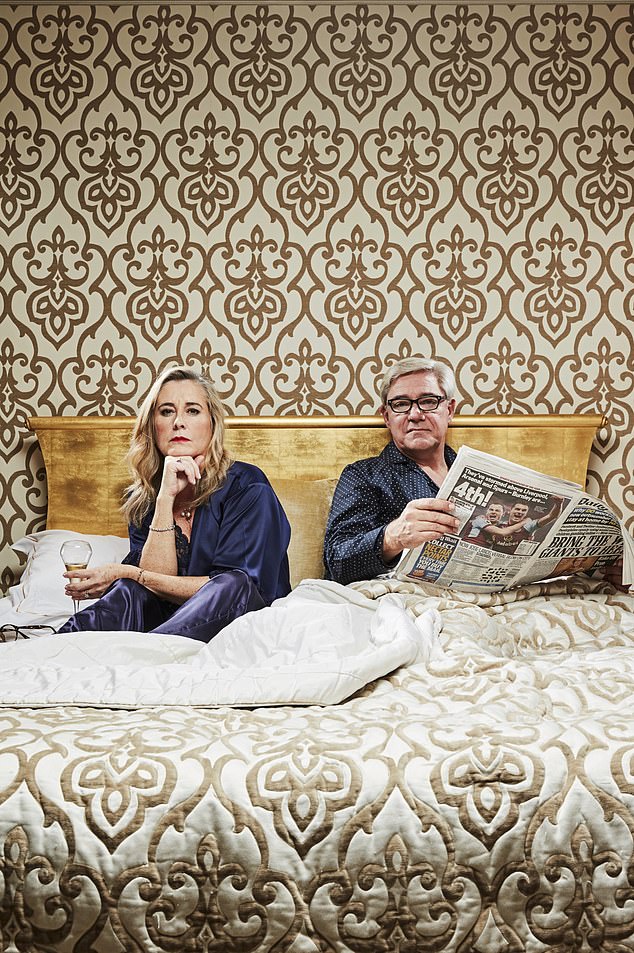 Thank you for your sad letter. Perhaps the only consolation I can offer is that you’re far from being the only person in the country to feel this way. Even the best relationships came under huge pressure during lockdown, and there are plenty that emerged in tatters.

Neither, of course, is your poor husband the only person facing redundancy. Covid has blown apart many people’s lives in many different ways and it feels to me as though the world is changing almost by the minute.

I’d be amazed if your desire to end the marriage comes as a surprise to him. Unless you’re terrifically good at covering up your feelings, or he is a particularly unobservant chap, then he must know, deep down, that it’s got to a point of crisis.

Even if he’s happy without a sex life and, actually, there are an awful lot more sexless marriages out there than we’re led to believe, he must be aware that the constant sniping and getting on each other’s nerves is a recipe for mutual misery.

Indeed, it may be that once you tell him what you want, in an honest and unemotional way, he feels nothing but relief.

I have to say I couldn’t stand the thought of being in a marriage with someone who felt as you do. If Steph stopped loving me, I would want her to leave right away, or I would go.

There may even be merit in everything going wrong for him at once. His marriage is stuck in an irretrievable rut. For decades he’s been slogging for a company which doesn’t value him. Would it be so terrible if both those things changed?

With some time to digest it all, he’s looking at opportunity, not disaster. Single again, and free of responsibility towards you and the routine of nine-to-five, there’s scope for him to change everything about his life.

Perhaps he’s always dreamt of going to work in a bar on a Thai beach. Well, now he can! When the good Lord sends you lemons, make brandy sours or, at the least, a very stiff gin and tonic.

I’m being flippant, but there’s truth here. Looked at like this, there is no need for you to feel guilty that you are ‘abandoning’ him. You are setting him free.

I share your fears (in your longer letter) about getting the lawyers involved immediately. Instead, tell him how you feel and suggest you work together on plans for your separation. You loved him once and you share children, after all — the legal bits can come later.

Aim for an ending that is gradual and amicable and points towards a better future for you both.