STEPHEN GLOVER: Commissioner Cling-On Cressida Dick is not a bad person… but she has lost any claim to competence

When decent, law-abiding folk accuse the Metropolitan Police of systemic corruption, harassment of the innocent, and racial discrimination, it’s time for the Government to sit up and take notice.

Seven people who have experienced or witnessed the Met’s ineptitude and dishonesty have written a letter to the Prime Minister in which they call for greater accountability and better oversight.

They also demand that the Metropolitan Police Commissioner, Dame Cressida Dick — whom they accuse of having ‘presided over a culture of incompetence’ — shouldn’t have her five-year contract extended when it expires next April.

These complainants, brought together by the Mail, come from different backgrounds. They represent many shades of political opinion. But they are united in their deep distrust of Britain’s largest police force. 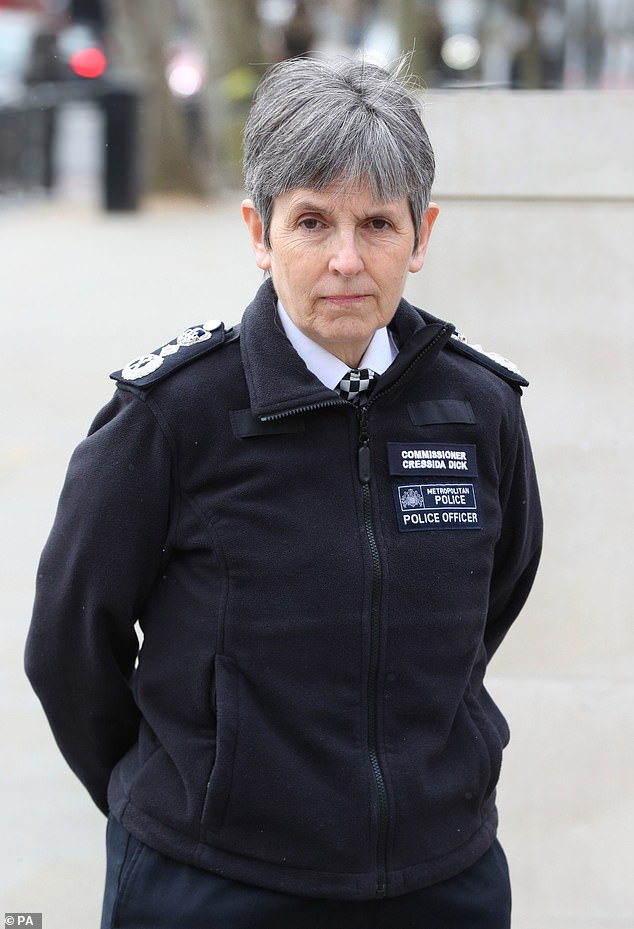 People have written a letter to the Prime Minister calling for more accountability of Met Police. They say Dame Cressida Dick (pictured) shouldn’t have her five-year contract extended

What was done to these people, or those dear to them, by the Met could happen to any of us. This is a shocking indictment.

We are brought up to have faith in the police as an institution. How is that possible when we learn of such unforgivable behaviour?

The Hampshire home of the late Lord Bramall, an elderly war hero, was invaded by police in the early hours on the basis of allegations of paedophile abuse made by Carl Beech, a palpable fantasist.

Bramall told his son Nick that ‘he had never been so mortally wounded, even in battle’.

Doreen Lawrence had to endure many years of indifference (which she partly attributes to racism) on the part of the Metropolitan Police after the murder of her son, Stephen, in 1993.

Nick Bramall and Baroness Lawrence were among the victims assembled by this newspaper. Their stories are very different but they share a common theme. The Met can be overbearing, devious and callous.

Oh, when the excesses and errors are finally uncovered the force is very good at saying sorry.

Lady Brittan, whose entirely innocent husband, Leon, was harried by the police as he was dying, received profuse apologies after his death. What good were they to her or him? 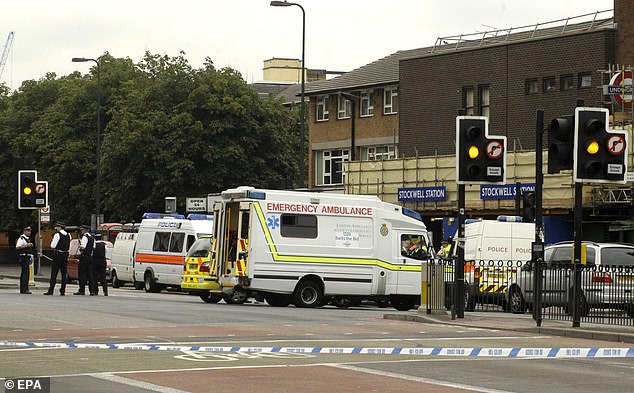 In 2005, Dame Cressida was in charge of the operation which resulted in the appalling death of the wholly innocent Brazilian, Jean Charles de Menezes, in Stockwell Station (pictured)

Actions count louder than words, and again and again the story is the same.

No officer involved in Operation Midland — the botched investigation that resulted in false accusations against Lord Bramall, Lord Brittan, and another complainant, Harvey Proctor — received any official sanction.

Dame Cressida Dick herself is living proof that if you work for the Met, it’s possible to foul up and survive.

Home Secretary Priti Patel and London Mayor Sadiq Khan, who share responsibility for appointing the next Commissioner, appear poised to give Dame Cressida another two years.

How can this be justified?

In June, an official report described her force as ‘institutionally corrupt’, and concluded that she had personally placed ‘hurdles’ in the way of a search for the truth about the death of Daniel Morgan. 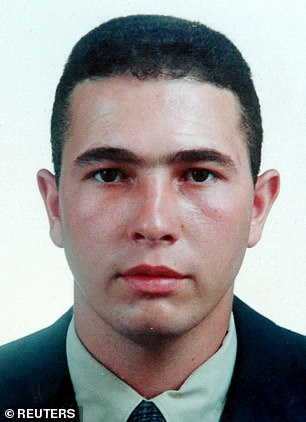 Mr Morgan, a private investigator, was brutally killed in a London car park in 1987.

The Met has never found his murderer, and appears to have gone out of its way not to. His brother, Alastair, is another of the signatories of the letter to the PM.

You’d think that would constitute a knock-out blow, and precipitate her resignation, since Metropolitan Police Commissioners are not supposed put up smokescreens during official inquiries.

But she survived, as she always does, and as senior Met police officers who err usually do.

She emerged unscathed earlier this year after her force provoked outrage by outlawing a peaceful vigil on Clapham Common to honour Sarah Everard, who’d been abducted and murdered by a serving police officer, PC Wayne Couzens.

The recruitment of Couzens, whose former colleagues at the Civil Nuclear Constabulary nearly ten years ago allegedly nicknamed him ‘the rapist’, might in itself have been thought grounds for Dame Cressida to consider her position. I don’t suppose it crossed her mind to fall on her sword.

But then she has always had the amazing knack of evading responsibility.

In 2005, she was in overall charge of the operation which resulted in the appalling death of the wholly innocent Brazilian, Jean Charles de Menezes, in a London Underground station. Police pumped seven bullets into his head.

As usual, no officer, including Cressida Dick, faced any charges, and no one was reprimanded.

All that happened was that the Met was found guilty of breaching health and safety laws, and putting the public at risk. 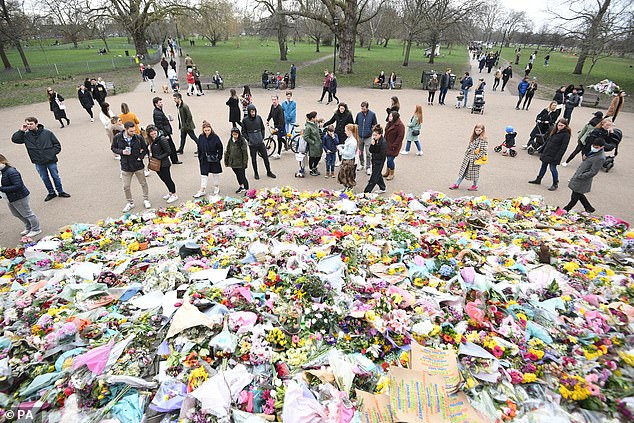 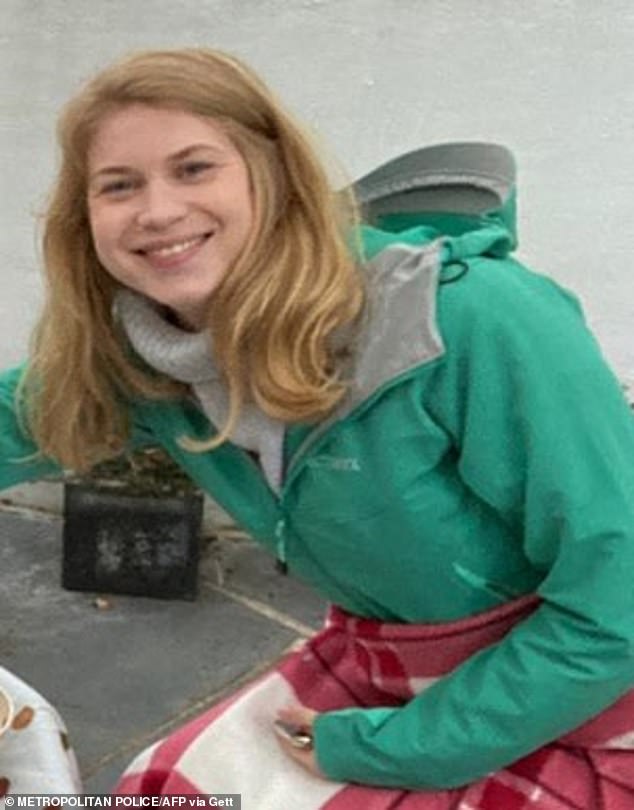 Sarah Everard (pictured) was murdered by PC Wayne Couzens. The recruitment of Couzens might have been thought grounds for Dame Cressida to consider her position

It is true, of course, that some of the allegations made by the seven signatories don’t concern the Commissioner personally. For example, although she sanctioned Operation Midland, she can’t be held culpable for all its failings.

On the other hand, in 2019 she refused to allow an inquiry into the conduct of officers involved in Operation Midland after ex-High Court judge Sir Richard Henriques revealed they had used false evidence to obtain a search warrant for the raids.

Dame Cressida ludicrously said that an inquiry would be ‘completely improper’.

Here is someone for whom drawing a veil over her own mistakes, and those of subordinates allegedly at fault, has become second nature. As the signatories rightly say, the Met is not adequately accountable.

When there is a supposedly impartial investigation of its misbehaviour, this is carried out by the Independent Office for Police Conduct (IOPC), which often finds in the Met’s favour. 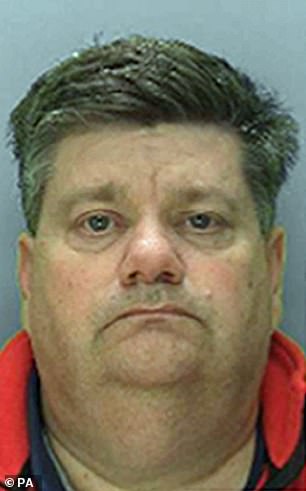 Unsurprisingly, it was its equally accommodating predecessor, the Independent Police Complaints Commission (IPCC), that gave the Met and Dame Cressida a clean bill of health over the killing of Jean Charles de Menezes.

I don’t suggest that she is in any way a bad person. No doubt she is intelligent and diligent.

But she has become institutionalised, and as part of that process has lost whatever capacity she once had for examining herself and her force.

What is needed is someone with a new perspective from outside London who can get to grips with the Met’s shortcomings.

It’s risible to suggest that such a person doesn’t exist in the upper echelons of the police, and therefore Dame Cressida might as well be reappointed for a further couple of years.

When Boris Johnson became London Mayor in 2008, one of his first actions was to ease out Ian Blair, then Metropolitan Commissioner, who has always been a supporter of Dame Cressida.

If only Priti Patel and Sadiq Khan had the courage to bid her farewell, rather than clinging on to her in a half-hearted way out of a misguided belief that they can’t find anyone better.

Here are seven victims from all walks of life with first-hand knowledge of the Met’s deficiencies. Their criticisms are devastating. I believe they speak on behalf of most law-abiding people.

Needless to say, an efficient police force is essential in the capital and elsewhere, and I’m certain society couldn’t begin to function without the dedication of ordinary police officers.

But Britain’s most senior police officer should stand down now. If the politicians daren’t get rid of her, our only hope is that she has enough sense of honour to accept that the time has come for her to go.