Our sick NHS… it’s not about the money: Top medic STEPHEN SMITH says our deified National Health Service will never improve until the entire system has radical surgery

You would think it easy to get things done as a professor in the NHS. Senior doctors are revered, after all: their opinion counts. But try to actually change anything and it’s a different story.

As a consultant gynaecologist and professor, some years ago at the Rosie Hospital — part of Addenbrooke’s in Cambridge, one of the best hospitals in the country — I thought we should change the appointments system in our clinic.

The existing arrangement saw one batch of women called in at 9am, another at 11.30am. I got sick and tired of seeing these patients sitting in the waiting area, getting increasingly fed up.

A woman who comes through the door having been made to wait two hours is understandably angry, tired and resentful, especially if she’s been trying to entertain a screaming three-year-old. You’re not going to get the best account of someone’s medical history in those circumstances. 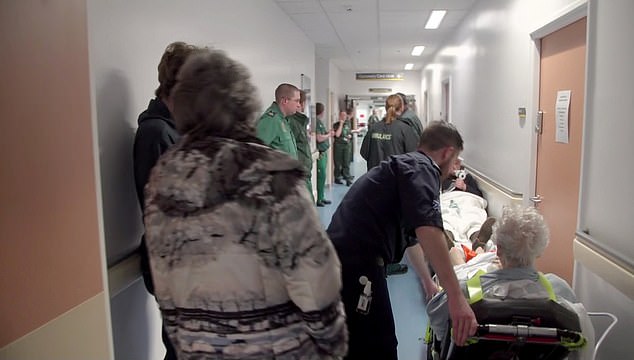 I thought individual appointment times would be better: say, one every 15 minutes. Every doctor and patient I spoke to agreed.

And that was just the first of my battles with the staggering bureaucracy within the NHS.

Next, my unit pioneered a scheme whereby pregnant women would carry their own medical records to appointments instead of us looking up their records on the central database. The opposition to this was ferocious.

But, we pointed out, 17 per cent of central records could not be found. And once women were trusted with their own notes, only 5 per cent turned up without them.

And that’s before I mention another arduous battle to send out post-appointment letters to the patient, with a copy to their GP — instead of the other way round.

At the heart of this chaos is a system that doesn’t put the patient first. The hurdles placed in the way of reform are designed to shore up the NHS — and are not in the best interests of the people who need it.

So I’ve had a view of our healthcare system from many perspectives and, in my opinion, today’s NHS is simply not fit for purpose. 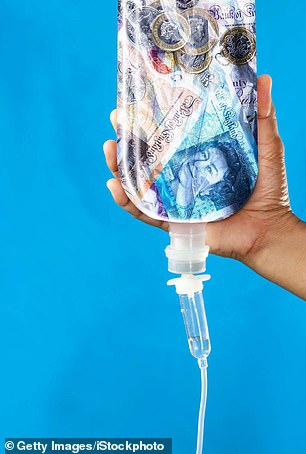 The additional funds the Government is about to direct to the NHS — some £36 billion over three years thanks to a new ‘Health and Social Care Levy’, including £5.4 billion to help clear the backlog caused by Covid — is well-intentioned. But throwing money at the current system won’t get us anywhere.

This week has furnished us with yet more stark reminders of the eye-watering sums the NHS is capable of wasting. It reportedly paid about £400 million a month last summer to block-book private hospital care for non-Covid patients.

A good idea, you might think. But, astonishingly, two-thirds of that went unused, perhaps for ideological reasons, as many NHS staff have an aversion to private medicine.

Meanwhile, waiting lists grew. About 5.6 million people are waiting for hospital treatment, and that number looks set to double in the coming years.

About £9 million of the new money is already earmarked for salaries of up to £270,000 for executives who will be expected to ‘actively champion diversity, inclusion and equality of opportunity’.

I have no quarrel with high salaries if they attract highly competent people. These are important jobs. When I was chief executive at Imperial College, I was responsible for a £1.2 billion-a-year budget and had people’s lives at stake.

It’s time we had a major review of the way we run our health service. The NHS was born from such a review: the famous 1942 Beveridge Report, which looked at health care, social care and education. It was marvellous, and set up an NHS that was suited to life 80 years ago, but no more.

We need to set up a new Beveridge review: a national debate about how to best fund and run our health service for the 21st century.

It could be a Royal Commission, it could be an inquiry led by a judge. We’re not a stupid nation, and we can come up with a lasting way of doing it.

The review should involve medical personnel, economists, social-care experts, politicians and patients. What it must not involve is a childish, political squabble. And we need to ask: what do we want, and how do we want to pay for it?

I’d say there are other, far better ways we can pay for healthcare in this country than the current system. And the best would be the social insurance schemes seen elsewhere in the developed world — which would offer a vastly superior service than we have at the moment.

But it’s not at all like private medical insurance — that’s completely misleading.

Under a social insurance scheme, the Government ‘hypothecates’ —that is, promises — the money to go on healthcare. The scheme is then run on insurance principles, but it’s paid for by the state out of our taxes. And the money cannot be used for anything else.

The employee and their employer pay a part of their salary (exactly like National Insurance) into an ‘insurers’ fund — better described as a sickness fund — which is usually publicly run. (In some cases, it can be private, but not-for-profit, and only under very strict government rules.)

Be wary of the objections from the Department of Health and the Treasury that social insurance is complicated and difficult to manage. We know through international comparisons that it provides a high standard of care — often higher than the NHS.

I was cheered to see that the levy Boris Johnson announced this week will be hypothecated for health and social care — that’s a small step towards a proper system of social insurance.

This has nothing to do with ‘privatising’ the health service, nor is it a criticism of the doctors, nurses and managers who have shown — especially over the past two years — selfless dedication. It is about dramatically improving healthcare in this country.

The great myth about the NHS is the belief that, because it provides for everyone, it is exceptional. But do people here seriously think the citizens of Belgium, Holland, Germany, New Zealand, Australia, Canada, Sweden, Switzerland, Denmark, Norway, Spain and Italy all go around worrying about whether they will get their cancer treated?

All these countries have slightly different systems, so our NHS review could look at the right mix of options, taking ideas from several countries, perhaps, to get the best for the UK.

I like the Dutch system, which has a small number of sickness funds which patients can switch between without penalty.

As a nation, we’ve set the bar far too low: grateful to see a GP after several weeks’ wait, grateful to have surgery, if only after the millions ahead of us on the waiting list have had theirs.

The truth is: we can do better.

When I was a young doctor, I was filled with fervour for the NHS. I had the fiercest arguments, insisting our system was the best in the world. Then I began travelling to other countries as part of my academic research into menstrual dysfunction.

I did much of my early research in Sweden. That was my first eye-opener: the Swedish system was outstanding.

One of the first things that impressed me was that consultants went outside their hospitals and held clinics in GP surgeries.

This was new to me. In Sweden, the consultant was expected to go to the patient, not the other way round. That is still a feature of Swedish medicine and we should look at it closely.

Right now, too much in healthcare isn’t right for the patient but persists because ‘we’ve always done it this way’.

And as for privatisation? When people talk of ‘mixing public with private’, there’s a widespread suspicion that evil American corporations will descend and make huge profits from ‘our’ precious NHS.

But — and here’s the key point — large parts of the NHS are already private.

In many years of working in hospitals, I never understood why so many people didn’t realise that GPs don’t actually work for the health service. They are small businesses. So are dentists, including those offering NHS care.

The first criticism from the Left is always, ‘Look at the American system!’

Let me say this: the American system is absolutely atrocious —not to mention terrible value for money. Many people live in fear of not being able to pay their medical bills and care costs twice as much as anywhere else in the world. Nobody wants that. What would improve Britain’s healthcare is a system similar to those of many of our European neighbours.

The biggest challenge for the UK health service now is how to integrate primary care (GPs, dentists and opticians) with secondary care (including hospitals). This comes naturally in a less ‘top-down’ social-insurance system.

Social care has long been neglected, but it is key to making the whole system work. It’s really about getting older and vulnerable people home from hospital, rather than leaving them stuck there when they no longer need to be.

If Mrs Jones, 95, is ready to be discharged but social care can’t ensure she will be looked after at home, she must stay in hospital. Then the bed she would have vacated is not available for the next person needing an operation, and so on . . .

Lack of integration in the NHS is systemic: most patients are astonished at the difficulty of sharing records between a hospital and general practice.

If you are assessing someone’s health needs, you should be able, with their consent, to access their primary care records, operation notes and anything else that is relevant. But this is very difficult — although technology is slowly improving matters.

A last question. Should we not change the role of GPs to focus more on long-term care?

If you are a woman with problem periods, why shouldn’t you access an app, put in your medical history and refer yourself to a consultant whose team will be able to look at the problem and decide if you need to come and see them? Why should your GP be the only port of call?

Which brings me back to my key point. The NHS as we have it was designed for life 80 years ago, when your GP was the person — invariably a man, in those days — who acted as gatekeeper.

That was then. What we need is an NHS for now.