Australia’s second largest superannuation fund, Aware Super, has completely divested from thermal coal and ploughed $1 billion into renewable and low-emission technology in the year since it declared it would reshape its business in line with climate targets. 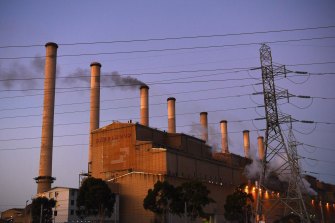 Aware is aiming to reduce emissions across its entire portfolio by 45 per cent by 2030.Credit:Quinn Rooney

According to its progress report, Aware Super, formally First State, has reduced emissions in its listed equities portfolio by 45 per cent and by 63 per cent across its Socially Responsible Investment options.

Chief executive Deanne Stewart said more needed to be done to achieve Aware’s goal to reduce emissions across its entire portfolio by 45 per cent by 2030 in line with the Paris Agreement targets, on the way to net zero by 2050.

She said Aware started moving towards a divestment from carbon intensive investment as far back as 2015 when it became clear not only that climate change presented a direct risk to the retirement savings of fund members, but that there were significant opportunities for growth in emerging and growing renewable and low-carbon technologies.

She said momentum was growing across the sector as the impact of climate change became more real and immediate to the broader community.

“It’s not something that’s in the distant future, something that may or may not occur. Whether it’s here in Australia with record floods and bushfires, whether it’s in China, whether it’s floods in Northern Europe, the fires in the US, [climate change] is unavoidable, inescapable … you can see it, it is a present danger.”

Aware is a member of the Investor Group on Climate Change, a collaboration of Australian and New Zealand institutional investors focused on the impact of climate change on investments. The group this week issued a report calling for an orderly transition from a carbon-intensive economy as global action on climate change intensified.

It said while institutional investors had a significant role to play in ensuring communities were supported through transition, government action was needed to ensure mining, oil and gas communities such as those in the Hunter Valley, Bowen-Surat, Pilbara and Gippsland basins, were not disproportionately hit by abrupt economic changes.

Ms Stewart said state governments were setting policy to assist a transition, but that the federal government could help do more with climate targets and energy policy that ensured certainty for business and investment.

Most Viewed in Environment