Kayla Sessler vowed to never let ex Stephan Alexander see their son again after she got into a fight with his mom on the Sept. 21 episode of ‘Teen Mom: Young & Pregnant’.

The highly-anticipated moment came after Kayla sat down with Annette to discuss why she and Stephan hadn’t seen Izaiah in quite some time. But before they could even get into logistics, the two women started getting petty over a gift Annette had sent for Izaiah. Kayla asked why she didn’t send him a birthday present, but Annette said it was because she wasn’t invited to his birthday party. 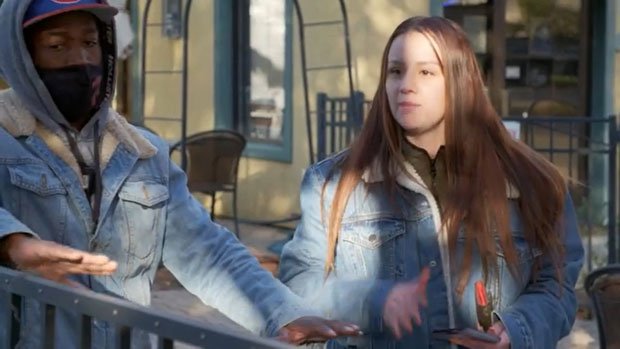 They called each other names, and then Annette lunged across the table and tried fighting Kayla. Things got so heated that security guards had to intervene, and Kayla fell over in her chair. Once Kayla recovered, however, she took money out of her wallet and threw it at Annette to refund her for the clothes she had sent Izaiah. Annette took that as an insult and lunged at Kayla again.

Once the security guards broke up the altercation, Kayla called Stephan and told him what had happened. He couldn’t believe that his mother put her hands on Kayla, so he rushed over and tried to rectify the situation. But Kayla was so heated that she said both he and his mom would never see Izaiah again.

When Kayla called her boyfriend, Luke, he calmed her down a bit. And when Stephan arrived on the scene, he asked Kayla to come back so he could mend things. She refused to hear him out, but he genuinely apologized for his mom’s actions and told Kayla that she doesn’t ever need to see Izaiah again — he just wants to be able to do so, so he promised to do whatever she needed him to to make that happen. At this time, though, it’s not yet clear whether she’ll ever allow that. Kayla was so heated that she didn’t say anything to Stephan. She just breathed fumes before the episode ended.

These Stars Were Considered to Play Mugatu and Hansel in Zoolander

Revealed: Women share why they REALLY cheated on their partners