The 31-year-old, from Manchester, who started out by working in Burger King after dropping out of school aged 15, now spends his days working with TOWIE, Love Island and Geordie Shore stars including Charlotte Crosby and Dani Dyer. 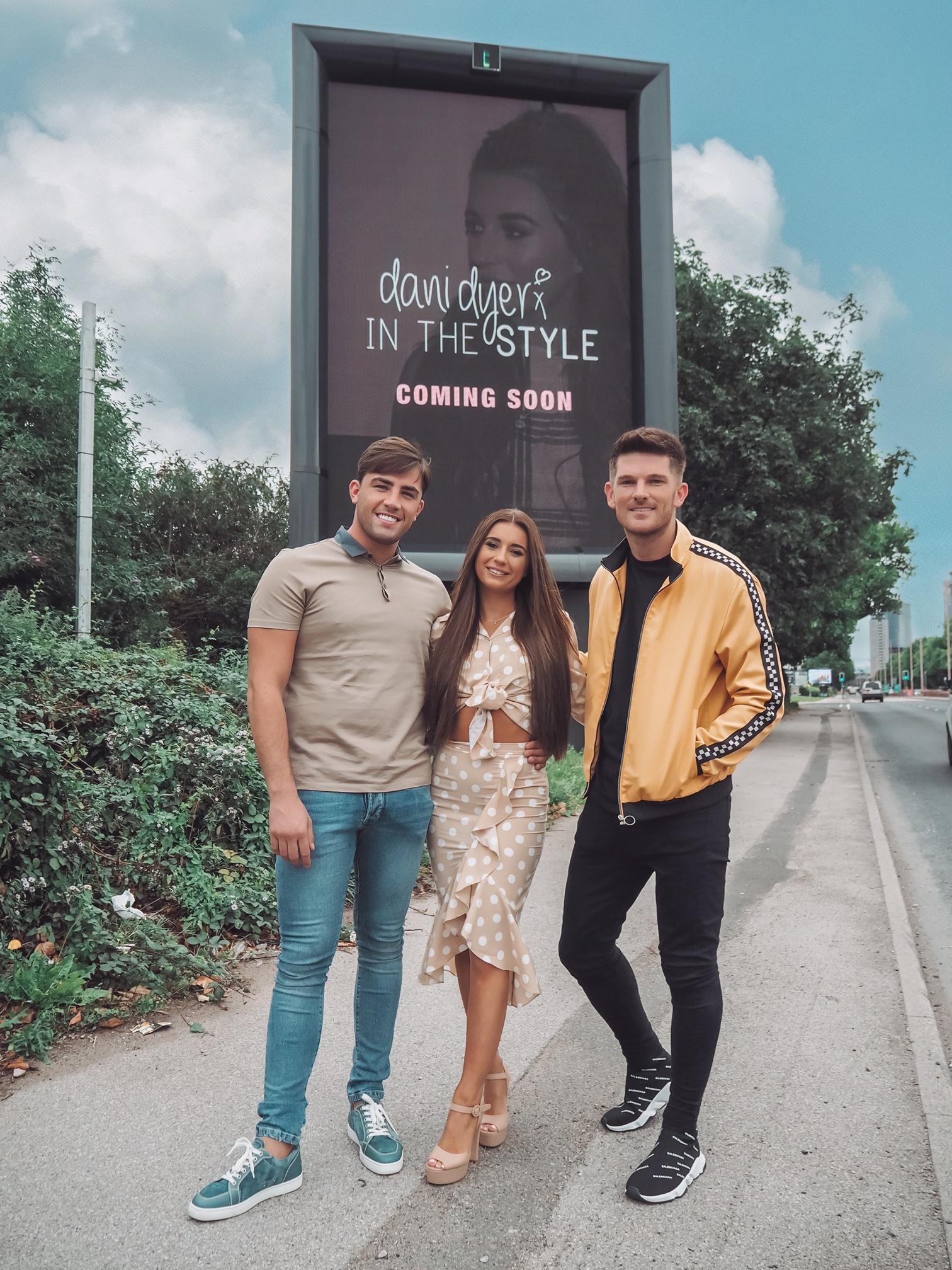 At 15, Adam found himself sleeping on the floor of his nan's house in Great Yarmouth in Norfolk after being told he couldn't take his GCSEs.

He'd moved to Spain with his mum when he was 13 but on coming back to the UK alone he was told he had missed too much school to be able to quickly catch up on his studies.

"I was gutted, I thought it would mess up my life," said Adam. "So I got a job in Burger King and moved into my own place – I had to earn money and pay rent – it wasn't a personal choice."

But then came a second blow, Adam's brother was involved in a car accident, which left him blinded. 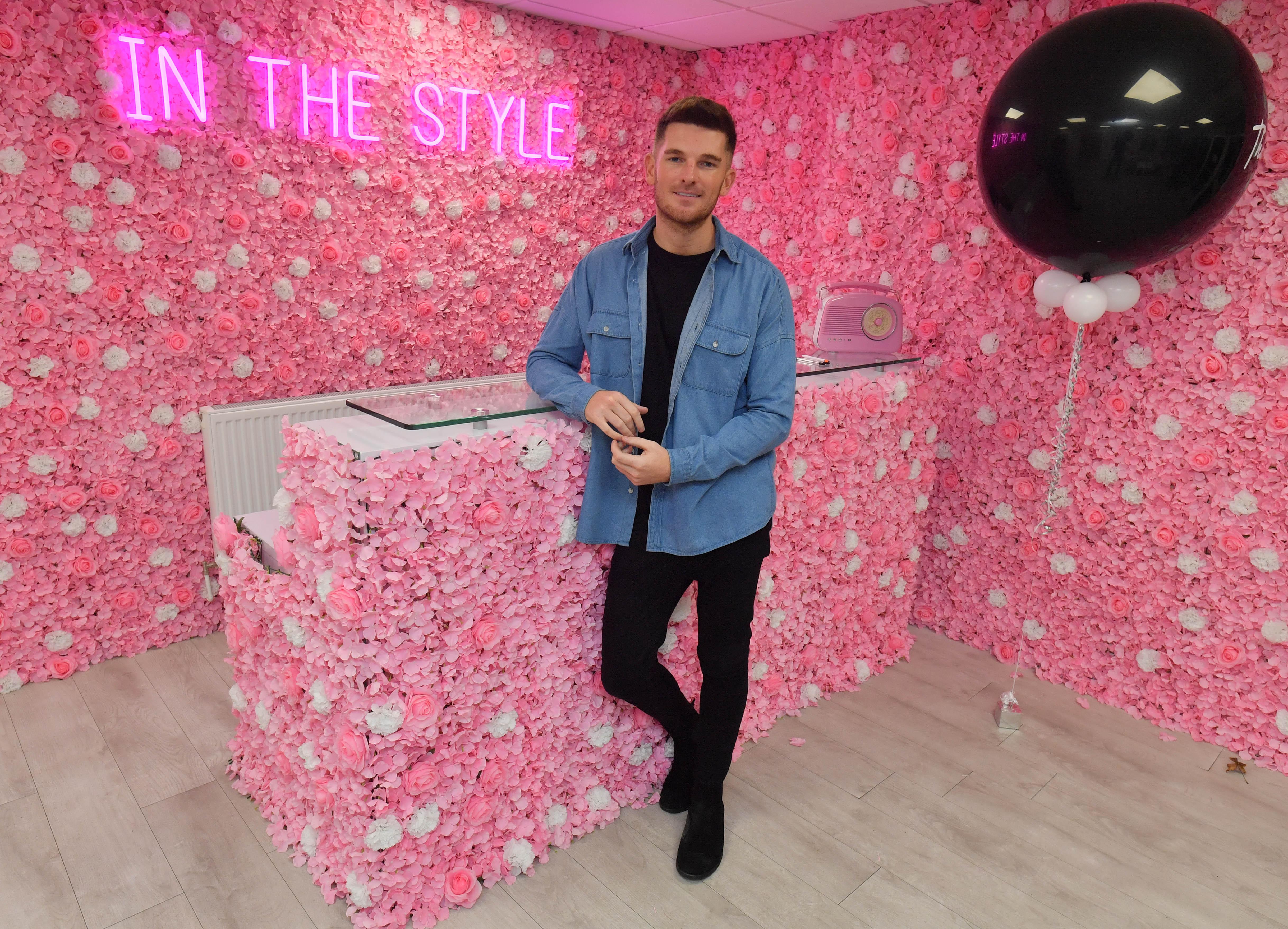 "It was horrific, he was lucky to survive but fortunately he did, although he’s still blind today.

"This changed my outlook, so I left my job to look after him.

“And when he was better I got a job with a company in Manchester that helped people with disabilities.

"I've always had an interest in fashion, social media and celebrities, and the idea for In The Style just came to me." 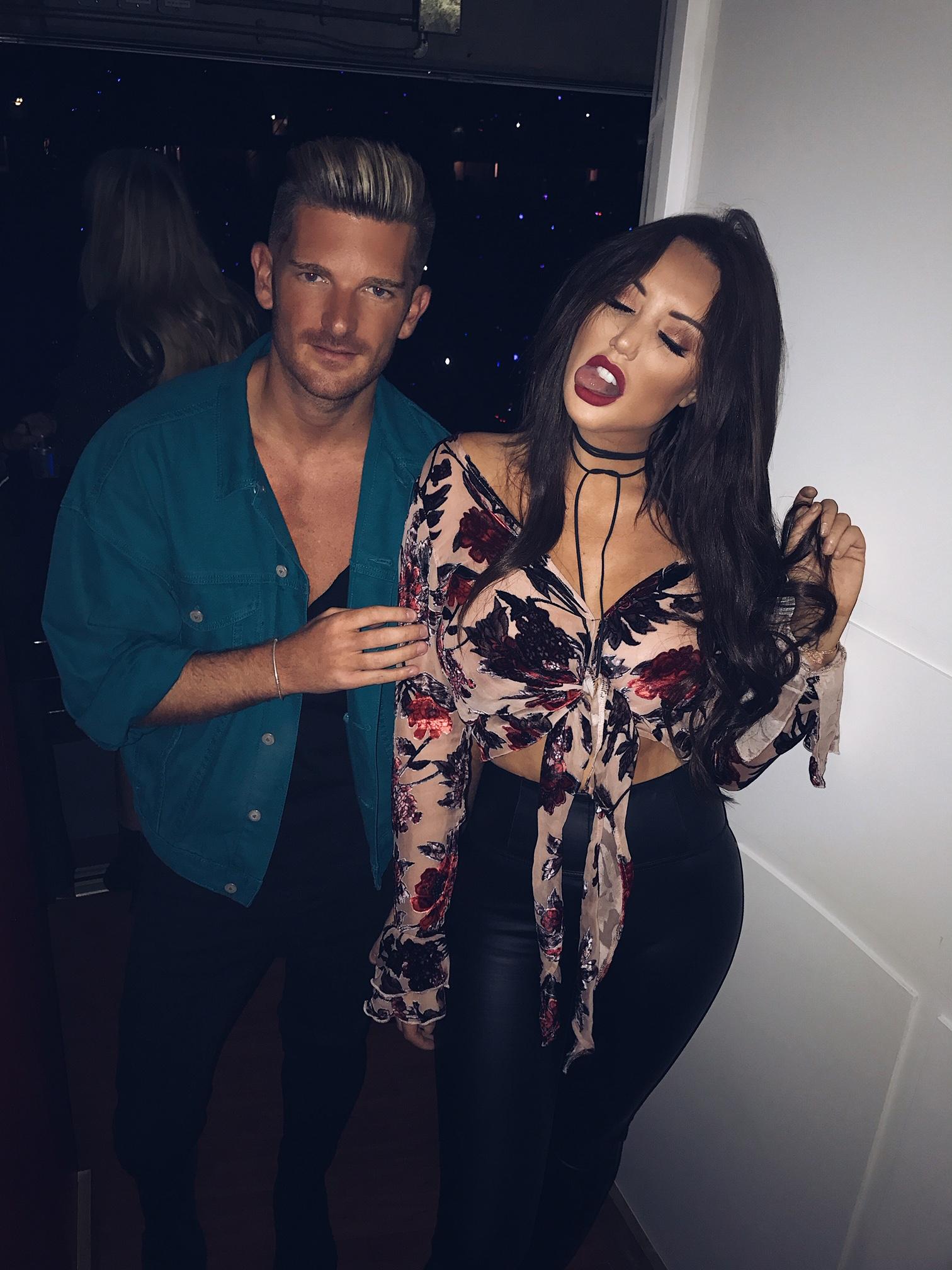 By the end of the day Adam had came up with the idea in August 2014, he had registered the website, visited wholesalers and asked a friend to build him a website "couple of hundred quid".

He used his just under £1,000 redundancy payout to fund this, and then used the rest to buy six dresses from a wholesaler, which he put up for sale online.

Once they were sold, he bought six more and continued in this way – packaging the dresses in his bedroom and taking them down to the local Post Office.

He'd use his friends to model the dresses and gave out flyers, set up social media accounts advertising the website and gave away dresses to minor celebrities and as competition prizes in a bid to raise the brand's profile.

Adam says he wanted to focus on women's fashion because he felt the idea he had to combine social media, influencers and fashion was more targeted at females.

Adam's top tips for other wanna be entrepreneurs

He also says he's "always been a huge advocate of female empowerment".

"Being brought up around a very female influenced household it just felt right. Although I started very small I always had a vision to build a brand that empowered women."

But it wasn't until Adam secured a collaboration with Lauren Pope of reality TV show The Only Way Is Essex (TOWIE) fame did things really take off.

The collection Lauren co-designed with In The Style launched in 2015, and this saw the brand move away from selling off the rack clothes. 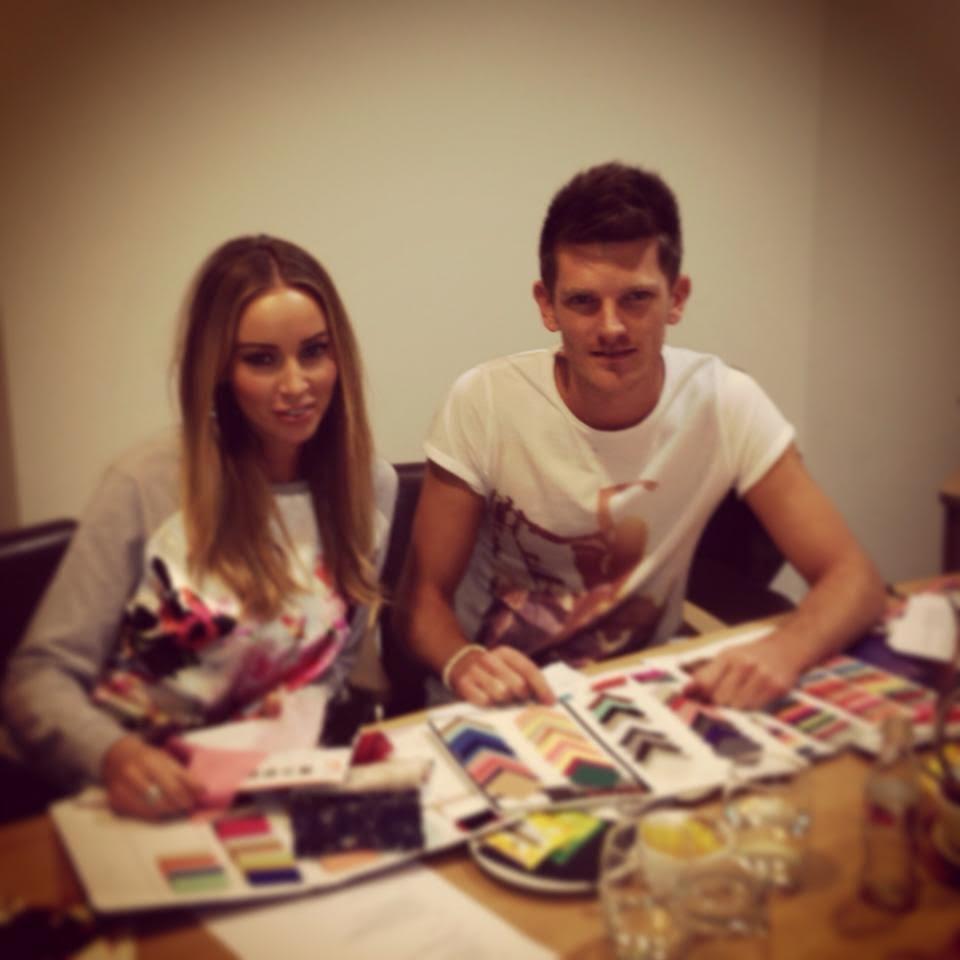 Adam said: "From the offset I knew that it was about influencers, so I decided to reach out to Lauren Pope from TOWIE.

"I did a presentation to her on how it would work and she bought into me and the business and she signed.

"And that launch massively helped me in terms of press, exposure, coverage, and social media followers."

At this point he moved into an office and took on two employees to help with the admin and the packing and posting of sold clothes. 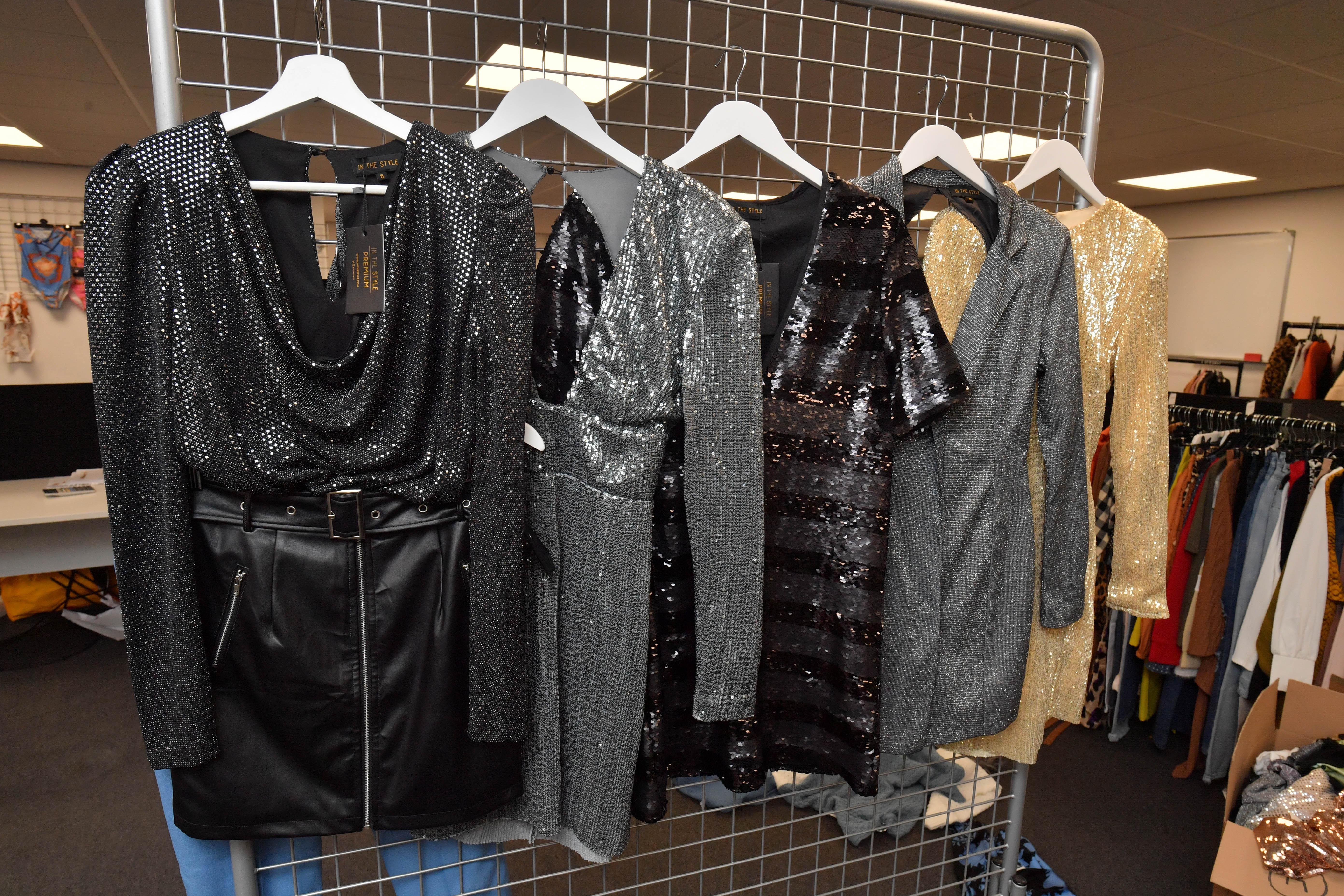 He now has about 120 staff and has since launched collections with reality TV stars' Charlotte Crosby of Geordie Shore, Billie Faiers from TOWIE, and Binky Felstead from Made in Chelsea.

Adam wouldn't reveal how much the celebrities get paid but explained that the stars work with him to design their collection and that they then earn a percentage from sales.

He said: "It's a partnership – I don't go in with a hefty upfront fee as I want someone not to just put a name to a collection, but I want them to design it and wear it." 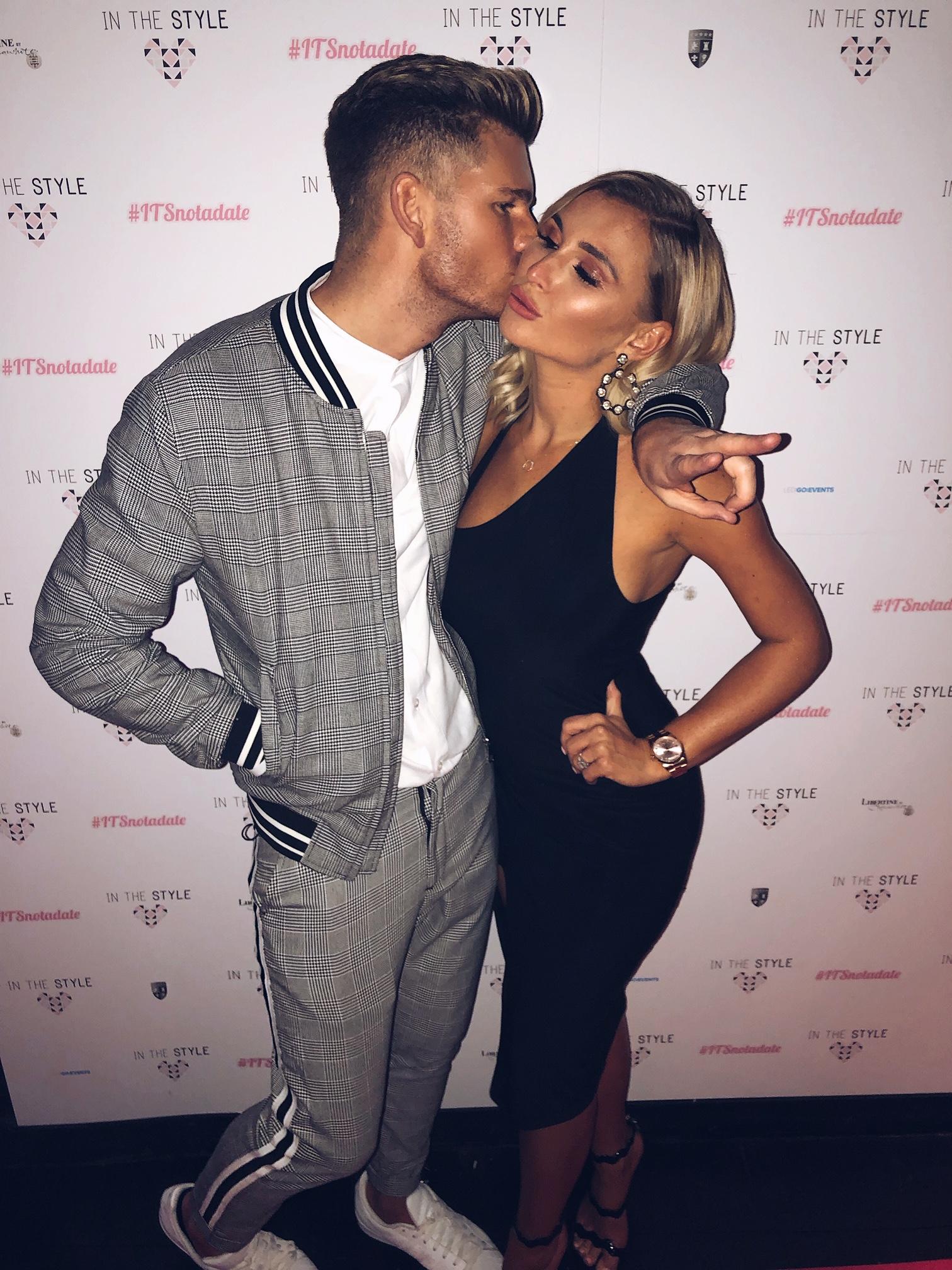 Adam now counts his ambassadors as pals – even after they've parted ways from the business.

After Binky, In The Style began partnering with Instagram influencers, such as Sarah Ashcroft – who has built her name as a fashion and beauty blogger and vlogger – and Tammy Hembrow – a fitness and lifestyle blogger and vlogger.

"In the earlier days, the brand wasn’t credible enough to do this," said Adam. "But this was a huge success. Sarah had 500,000 Instagram followers at the time – less than celebs but she’s got such an engaged audience." 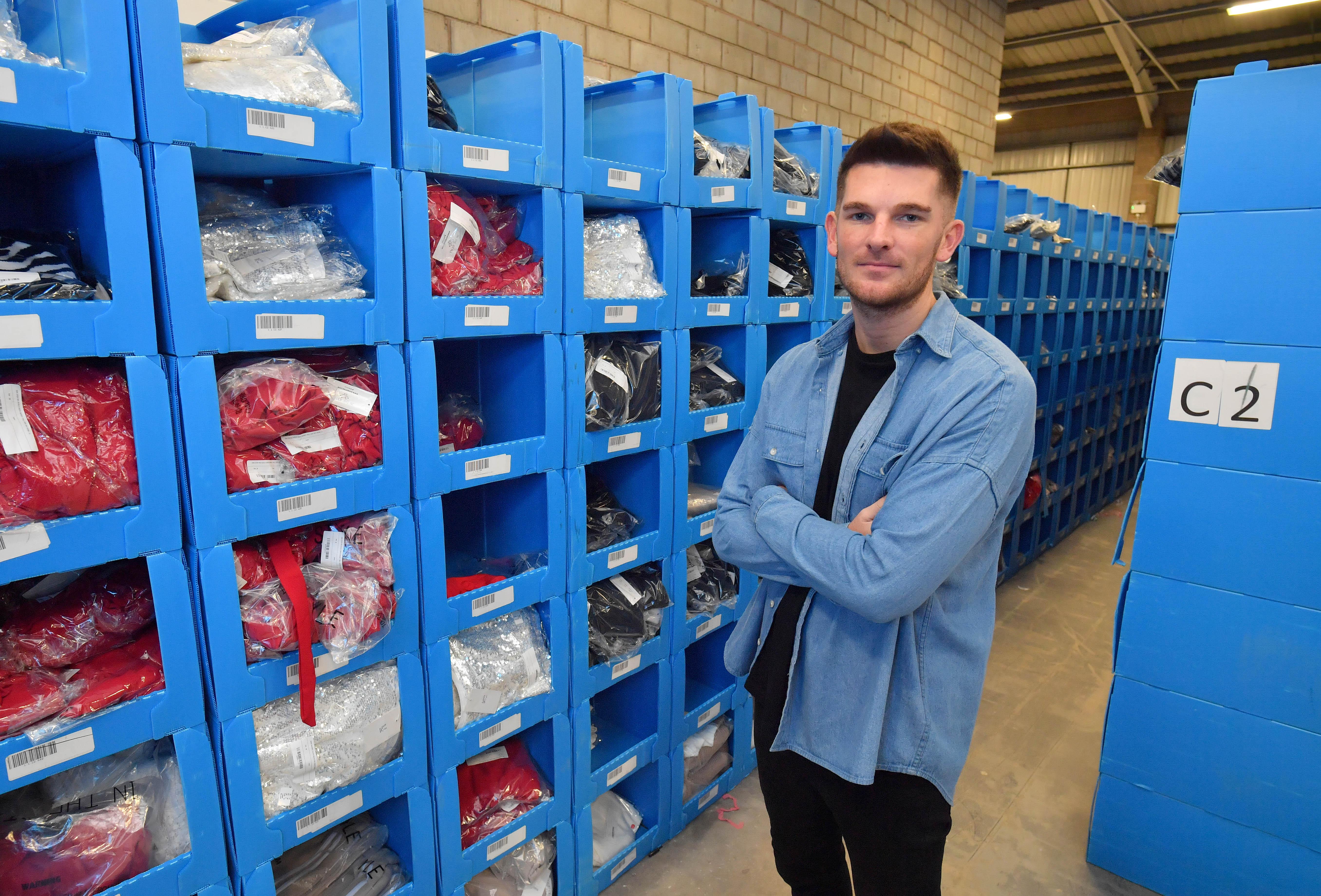 Most recently, In The Style signed Dani Dyer fresh off the back of winning this year's reality TV show Love Island, which Adam describes as "phenomenal".

But, who's at the top of Adam's wish list? UK girl band Little Mix, he told The Sun.

"I feel really strongly about female empowerment and girls supporting girls and Little Mix are all about this – I don’t want influencers that are just about the clothing.

"It’s about the message and making people feel good."

Now the company is in a 30,000 square foot warehouse, which Adam says they're on the verge of outgrowing, with clothes being manufactured in both the UK and China.

Is he worried he's contributing towards a "fast fashion" phenomenon that may be bad for the environment? 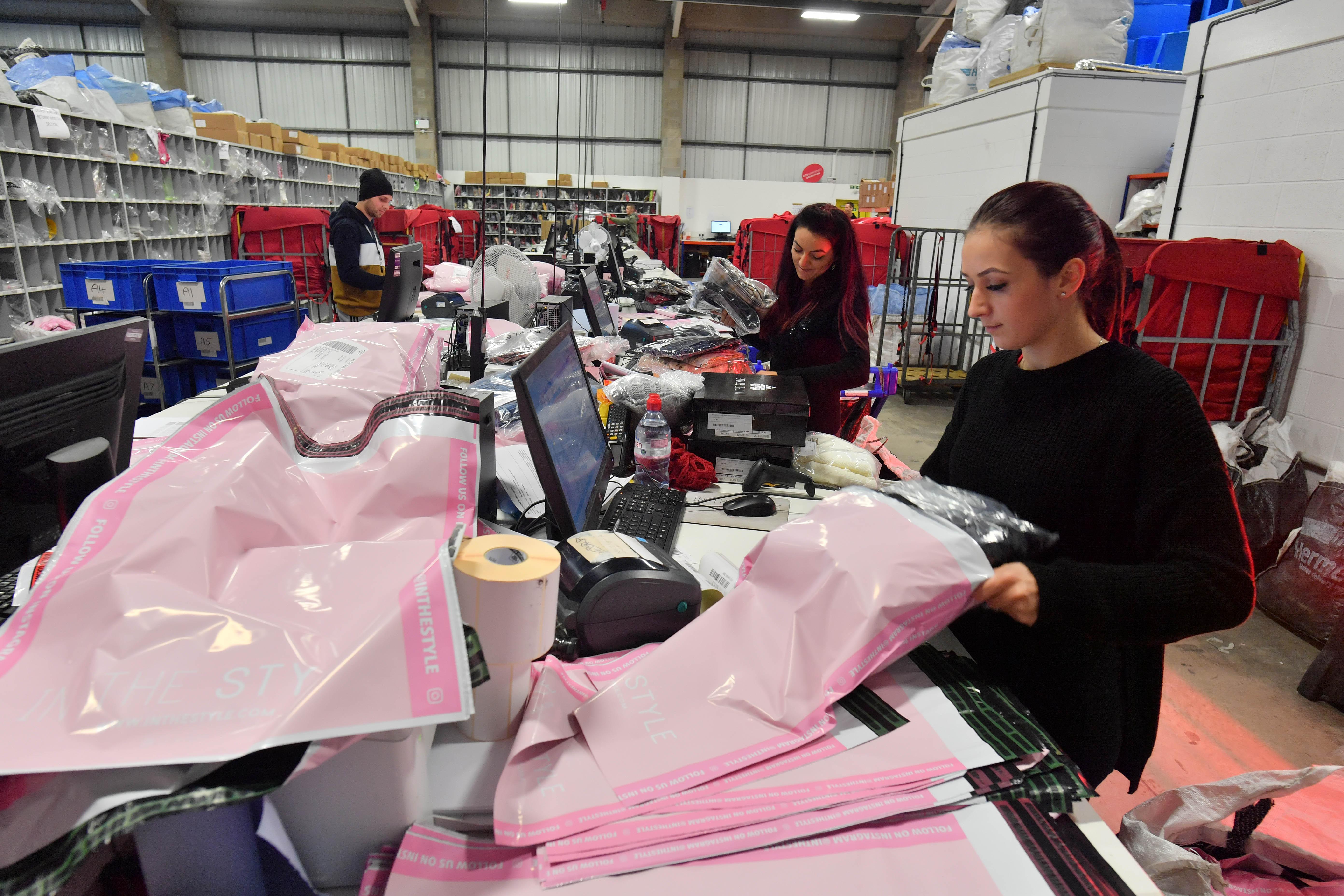 "I don’t feel this is the case at all, " he said. "In The Style audits all of its factories independently, which takes into consideration workers rights, pay, wastage and the environment.

"We also don’t sell ‘cheap disposable clothes’ – we use the same materials as other high street retailers selling dresses at £70 or £80 – we just have a smaller margin in order to make this more affordable for our customers."

He adds that the firm's ethos is to "empower our customers, embrace diversity and offer inclusive fashion at affordable prices". 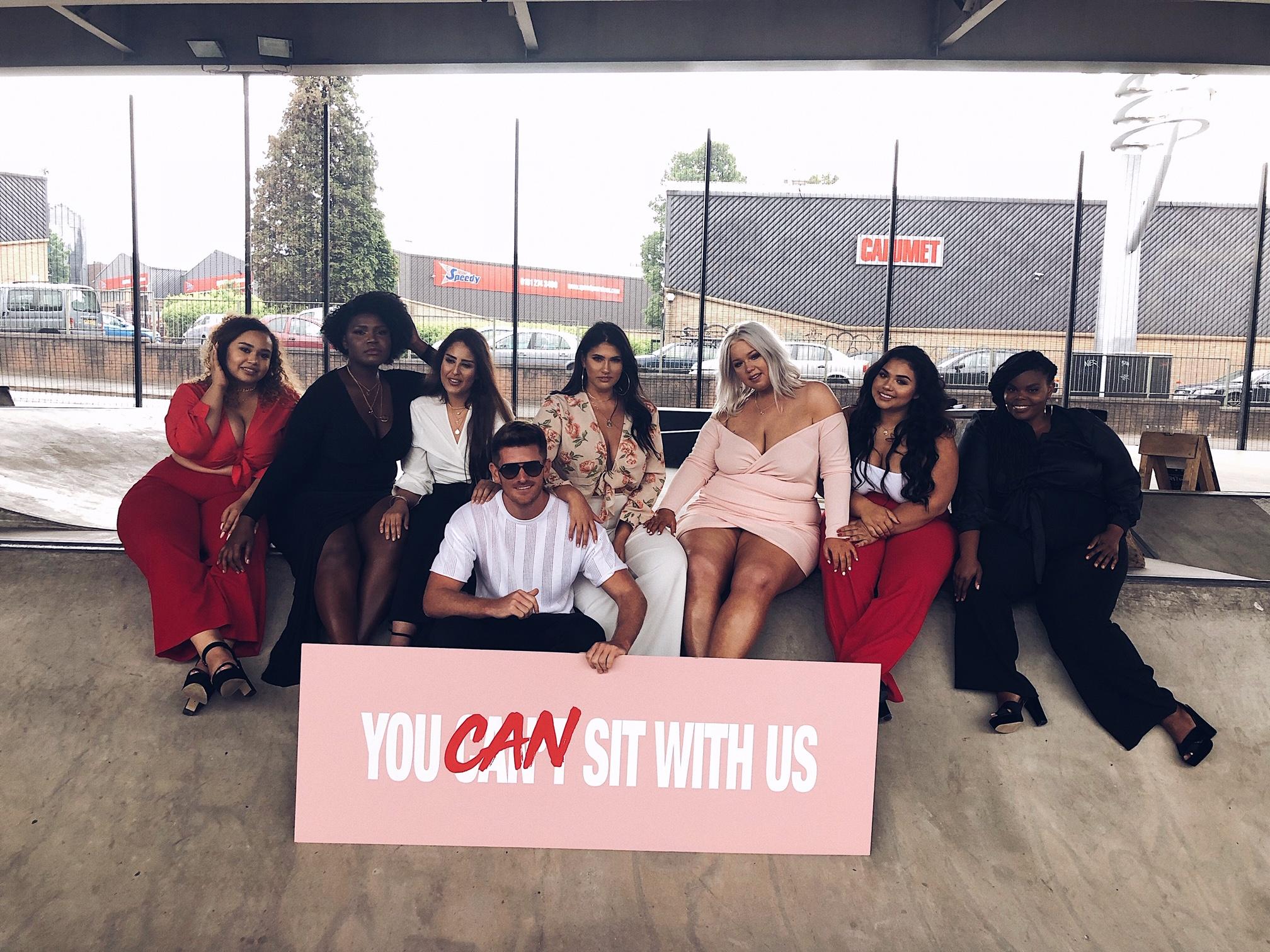 Adam is still the majority shareholder. He wouldn't tell us how much of the firm he now owns but says it's more than 50 per cent.

A private equity firm, which Adam bought on in 2017 to inject cash into the business to help it grow, owns the rest.

In The Style made a gross profit of £4.46million in 2016/17, according to its latest accounts on Companies House.

Adam – who still lives in the flat in Manchester he first moved into five years ago – makes it sound easy but explains it's actually gotten harder as the company has grown. 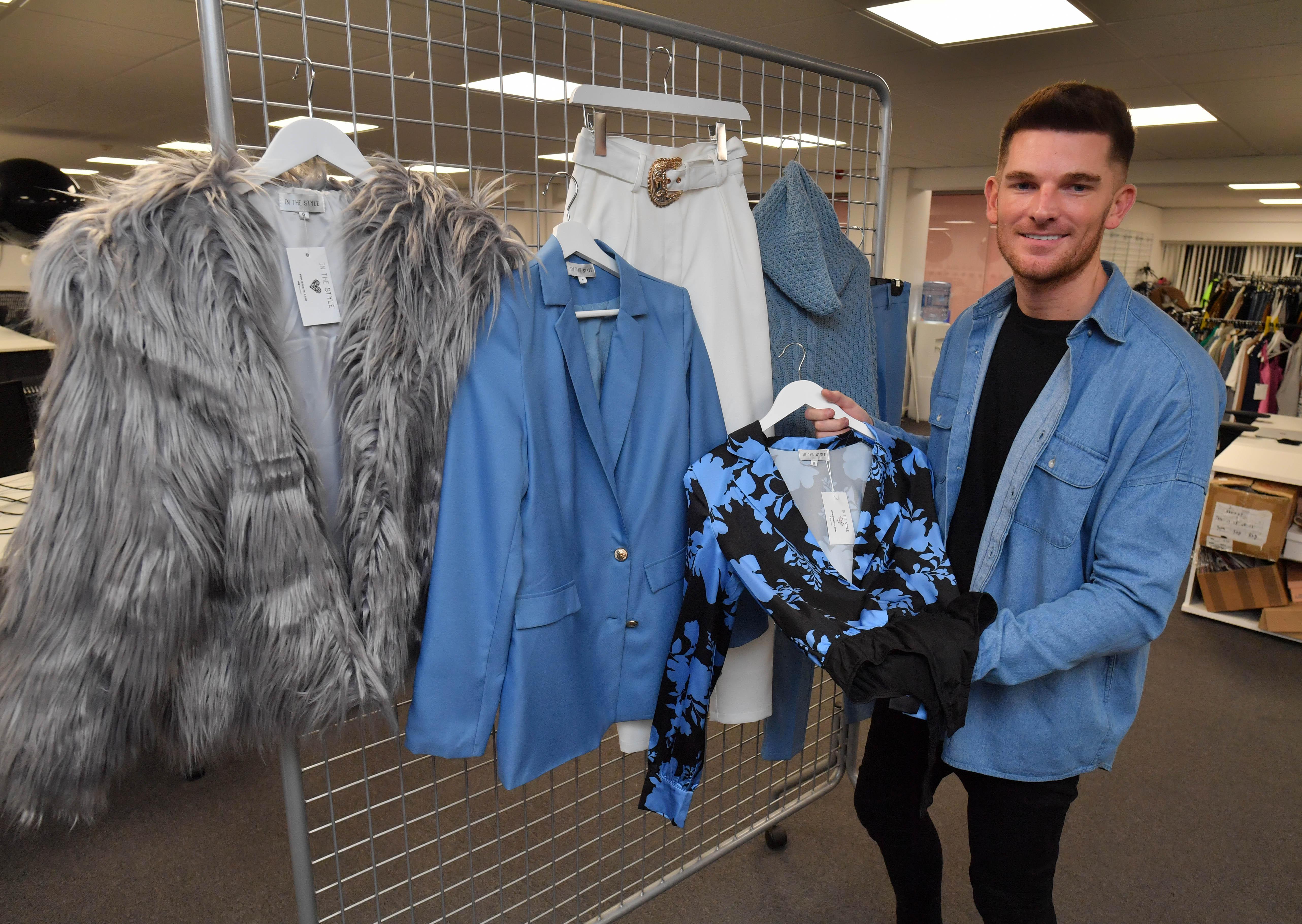 "I thought in the earlier days it would become easier but actually it’s the opposite.

"You’re back and forth to photo shoots in London and then when I get home I'm on my phone or on my laptop working. It's completely all consuming.

"I'm still very hands on and I think I will always keep it that way as it’s my baby."

There have also been setbacks along the way but Adam believes if "something doesn't kill you, it makes you stronger". 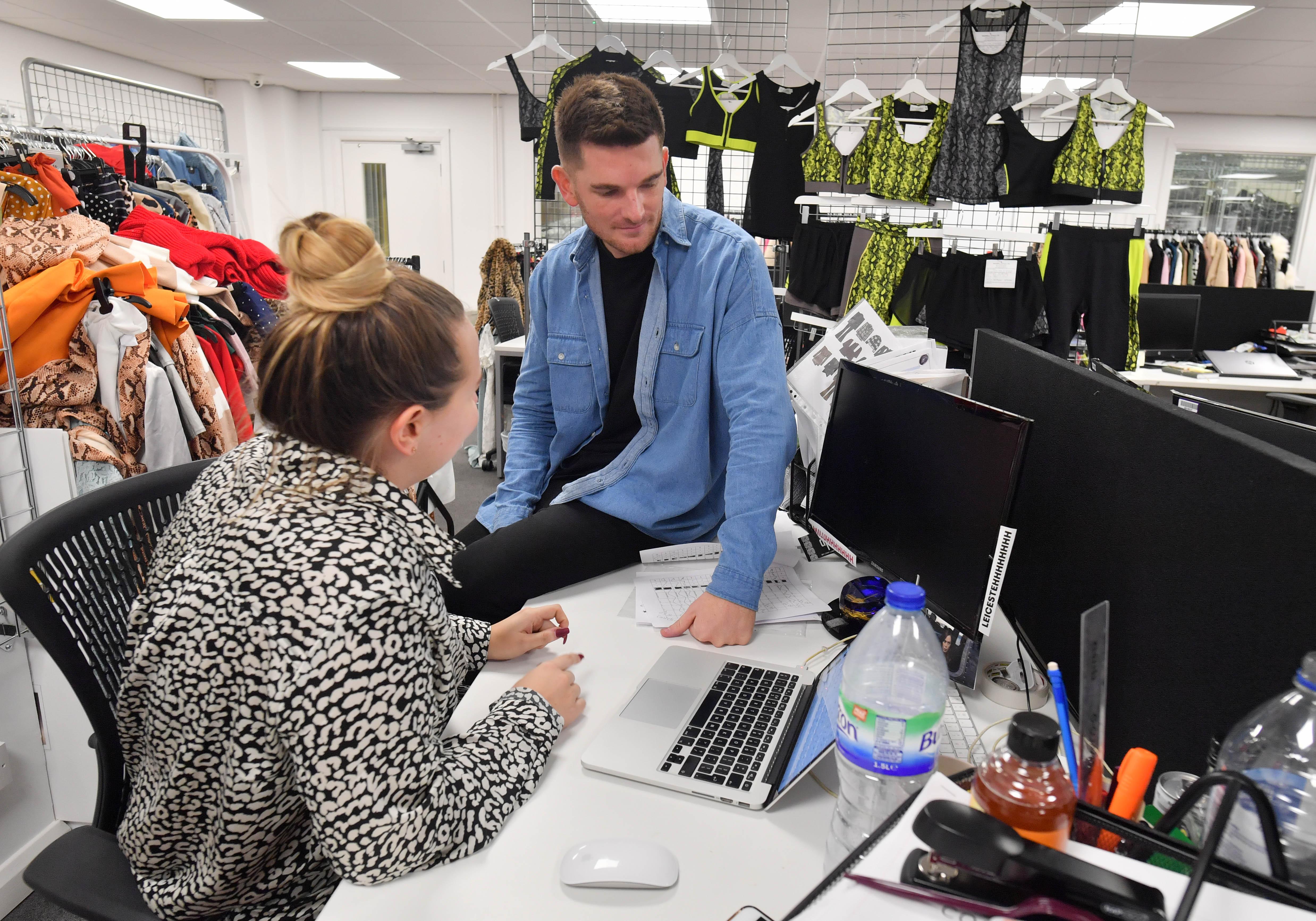 "And there have absolutely been situations where I've bought the wrong stock or employed the wrong people or taken the wrong advice.

"But if something doesn’t kill you, it makes you stronger."

Next for Adam is global domination – the firm already ships to 180 countries but he's keen to grow the audience in Australia and the US.

"International sales are about 10 per cent of the business, which is relatively small, but there's huge opportunity out there." 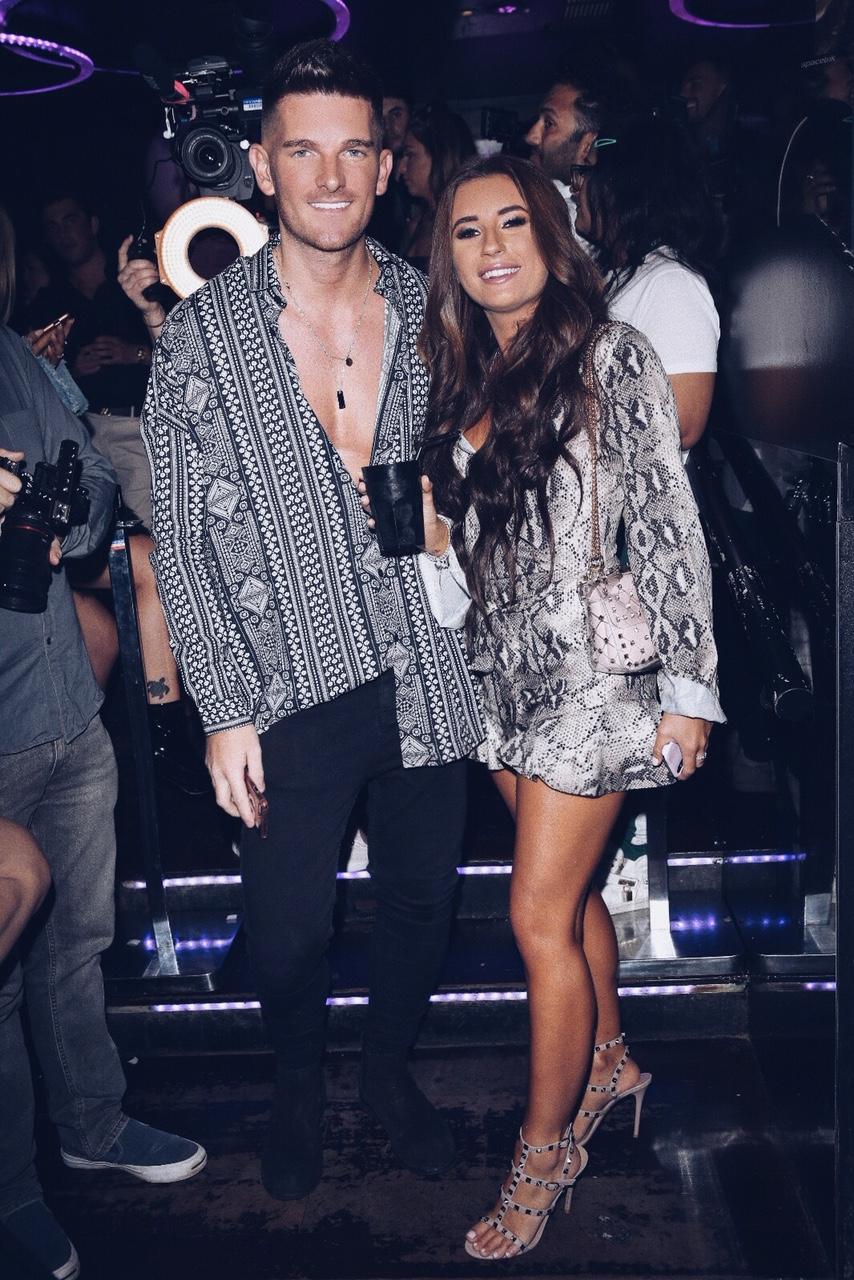 His words of advice for other wannabe entrepreneur: "just go for it".

"I would like to think I'm proof you don’t have to have qualifications or a background in anything to do what you want to do.

"If you’ve got a dream or a vision – work really, really hard and you can do it. Just go for it – you’ve got nothing to lose."

We recently spoke to Josh Luber who turned his love of trainers into a £777million stock market for sneakers StockX.

And we meet the mum-of-two whose quest to spend more time with her kids is now a £55,000 flower business.