Get ready to start smiling!

It’s been 25 years since Disney released A Goofy Movie on April 7, 1995, spinning off the classic anthropomorphic dog Goofy and his teenage son Max Goof from their TV series Goof Troop into a beloved animated film all their own. And if you’re a fan of the movie, you know that not only is it a heartfelt exploration of a fraught father-son relationship, but it’s got some killer tunes courtesy of Powerline, the famous pop star voiced by Tevin Campbell who Max and all his friends in the film are obsessed with. The two tracks written for the fictional pop star have become nearly as beloved as the movie itself.

In honor of the film’s anniversary, and with everything that’s going on in the world in mind, we thought we’d celebrate with a playlist of Mouse House music that’s sure to put a smile on your and your families faces. So, put on your Mickey ears, turn up your speakers, and have the Disney dance party of your dreams!

T We dare you to listen to this track, which features vocals from both Campbell and former Prince bandmate Rosie Gaines, and not have a giant smile on your face. It may sound straight out of the ’90s (in the best way possible), but with lyrics like “If we listen to each other’s heart/We’ll find we’re never too far apart/And maybe love is a reason why/For the first time ever, we’re seein’ it eye to eye,” it couldn’t feel more of the moment.

“The Bare Necessities” — The Jungle Book

Is the song played out? Sure. Does that make it any less effective or powerful when you’re listening to it at full volume? Not at all. Let Elsa’s (Idina Menzel) titular refrain in this Oscar-winning song from the 2013 smash hit become a mantra of sorts for these unsure times.

A song professing a problem-free philosophy? There was no way Timon (Nathan Lane) and Pumba (Ernie Sabella) wouldn’t be on this list with their standout duet, written by Elton John and Tim Rice, from the iconic 1994 film.

For all those missing the sea right now, let Lin-Manuel Miranda‘s track for the titular heroine in the 2016 film, sung by Auli’i Cravalho, be the thing that gets you through.

There’s just something so comforting about Randy Newman‘s warble on this ode to friendship from the 1994 film that put Pixar on the map, isn’t there? 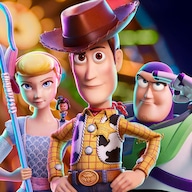 15 Surprising Things You Never Knew About the Toy Story Franchise

“Just Around the Riverbend” — Pocahontas

Is the telling of Pocahontas’ story in the 1995 film a bit too tidy and unrepresentative of what really happened? Without a doubt. But this gorgeous track sung by Judy Kuhn as our heroine is still a lovely ode to adventure and choosing the unknown just the same.

Are Li Shang’s gender politics in this iconic track from the 1998 regressive as hell? Absolutely. But there’s no denying that his is one of the most rousing songs in the Disney canon. And Donny Osmond‘s performance, stepping in for B.D. Wong to provide the character’s singing voice, is iconic.

The pop version of this Oscar winner for Best Original Song, performed by Miguel and Natalia Lafourcade, from the 2017 Pixar film is like the musical hug we need right now. Honestly, when we listen to it, we imagine everyone we can’t be with right at this very moment singing it to us. “Each time you hear a sad guitar/Know that I’m with you/The only way that I can be/Until you’re in my arms again/Remember me.” It’s a little bit sad, but it helps. 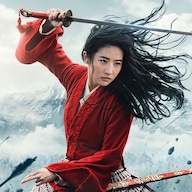 When you really need that reminder that you can and will get through this, let Herc (Roger Bart) give you all the motivation you need.

We’re all a little bit like Olaf (Josh Gad) in the 2019 sequel right now, aren’t we? “This will all make sense when I am older/Someday I will see that this makes sense/One day, when I’m old and wise/I’ll think back and realize,” he sings. “That these were all completely normal events.” Will this all make sense when we’re older? Probably not, but it’s nice to have someone, even an anthropomorphic snowman, to commiserate with.

“Circle of Life” — The Lion King

Get lost in the majesty of this iconic track, written by John and Rice and performed by Carmen Twille, for the 1994 film and try not to get too bogged down by your place in the circle of life right now.

Watch NBC News Special Report: Coronavirus Pandemic Tuesdays at 10 p.m. ET/7 p.m. PT on NBC, MSNBC and NBC News NOW. For the latest updates on the coronavirus pandemic and for tips on how to prevent the spread of COVID-19, please visit The Center for Disease Control and Prevention at https://www.cdc.gov. 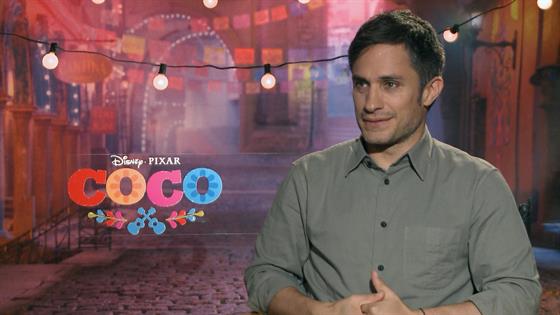 Boy, 16, drowned after being swept out to sea while swimming with friends