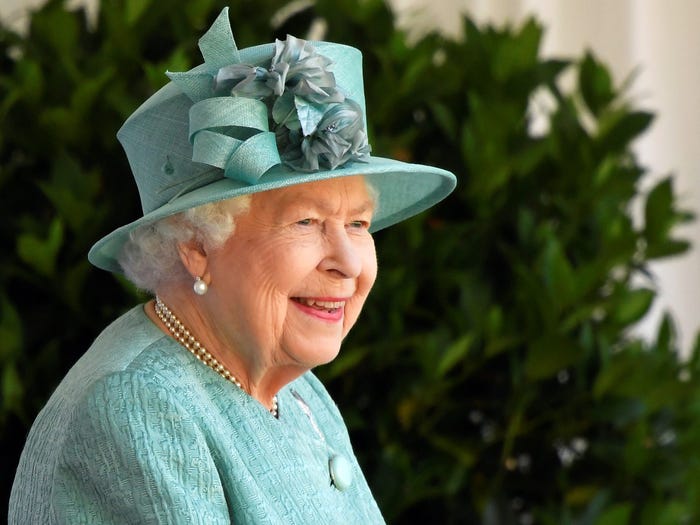 Although Queen Elizabeth often wears the same jewelry, she tends to stay away from wearing the same ensembles, unlike her granddaughter-in-law, Kate Middleton, who's a master at recycling outfits.

In her new book, "HRH: So Many Thoughts on Royal Style," veteran fashion journalist Elizabeth Holmes says that every outfit the Queen wears is recorded, and repeats are purposely spaced out so similar crowds of people don't see her in the same thing.

"After the second or third public outing, it will either be reworked into a new design or relegated to private holidays or meetings," Holmes wrote in "HRH."

For example, the Queen wore the same pastel-blue coat and matching dress during a visit to Malta in 2005 and again in 2008 at the Royal Ascot. After that, she wasn't pictured publicly in the ensemble.

Holmes said that the Queen is also known for sticking to a very similar style of skirt suits. The simple look is one way in which the Queen dresses for the occasion, but not to necessarily be regarded as a trendsetter.

"The Queen and the Queen Mother do not want to be fashion setters. That's left to other people with less important work to do. Their clothes have to have a nonsensational elegance," Norman Hartnell, who was one of the Queen's favorite fashion designers, told The New York Times in 1976.

Hartnell also described the Queen's outfits as being deliberately low-key.

While she doesn't often veer from her traditional silhouettes, the Queen tends to wear eye-catching, candy-colored fabrics. She sometimes wears patterns, but the royal tends to favor solid hues.

Victoria Arbiter, a royal commentator for CNN, told Holmes that at large public events, the Queen's brightly colored outfits make her easy to spot in a large crowd of people.

Arbiter added that no matter who is photographing the event, the goal is that they'll be able to easily find the Queen because of her outfit. "They can say, 'You see that tiny pink dot? That's the Queen,'" she said.