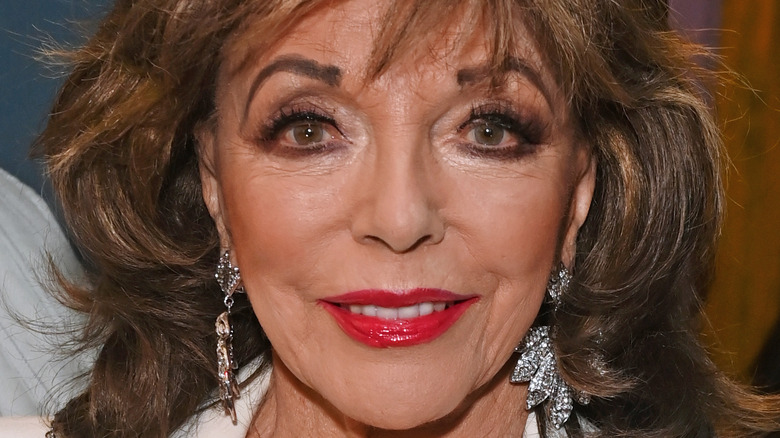 Joan Collins is one of the most well-known authors and actresses of all time. She’s no stranger to the spotlight having a very lucrative film, television, and theater career, as well as writing best-selling novels such as “Prime Time” and “Love and Desire and Hate” (via Fantastic Fiction). In 2015, Queen Elizabeth honored Collins by declaring her a Dame Commander of the British Empire for her charitable work, per her personal website. It seems that Collins has plenty of connections to royalty and Hollywood stars, which is why it seems natural that she would have had a special connection to Princess Diana. This week, Collins wrote a column for People detailing the first time she met the Princess of Wales, who tragically passed away due to a car accident in 1997.

The former “Dynasty” star called Diana “exquisite” during their first meeting, revealing that they were both dressed to the nines in Bruce Oldfield gowns. “I met her five or six more times after that, and she was always exceedingly charming, very down-to-earth, very real, not at all stuffy. She asked about the paparazzi because there was an absolute barrage on the red carpet. She said, ‘Oh my God, is it always like this?’ I said, ‘You’ll get used to it.’ She said, ‘I don’t know if I will,'” Collins recalled.

Collins also went into detail about how Diana was responsible for helping to modernize and reinvigorate the royal family during her life. 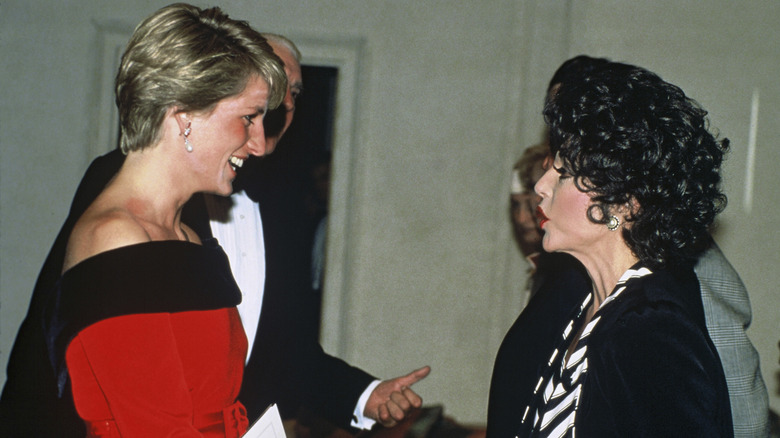 Joan Collins opened up about her thoughts on Princess Diana’s legacy during her column for People. “I think she brought the royal family into the 21st century. She was extremely modern. She was the first person to hold the hands of AIDS patients and walk along the road where there had been landmines. There wasn’t anyone else like her,” Collins admitted.

The author also went on to reflect on Diana’s life, and what she may have accomplished if it hadn’t been for her tragic death. “She would be 60 years old now. When I think of all the life that she could have lived, it’s just very sad,” the actress wrote, adding that she was devastated upon learning of Diana’s passing. “I cried for days after hearing she had died. The only other person, other than my parents, whom I was so upset about was President Kennedy when he was assassinated. She was very natural and unaffected and real.”

Collins also confessed that she believes Diana’s legacy lives on through her sons, and Kate Middleton. “I think that that has rubbed off on her sons, particularly Prince William, and also I think that Princess Kate, the Duchess of Cambridge, is following in her footsteps. I can’t think of anybody who has been as popular. Of course, the Queen is exceedingly popular. But Diana, she was a phenomenon,” Collins explained.

It appears that Collins had a great deal of love and respect for Diana, proving just how beloved the princess really was to everyone who was privileged enough to meet her.

Myths and rumours about coronavirus debunked amid growing fears

People Are Freaking Out Over Allbirds and Rothy’s Shoes — But Which Brand Is Better?