When you ask what it is really like to work at a company, you’re likely to hear from recruiters, managers and employees about the great company culture. “Company culture” is a popular term that sounds good on paper and on lists of best companies to work for.

But as argued by the authors of the new research-driven book “Nine Lies About Work: A Freethinking Leader’s Guide to the Real World,” company culture cannot be measured reliably. In their book, Marcus Buckingham, who leads the ADP Research Institute’s investigations into people and performance, and Ashley Goodall, a senior vice president of leadership and team intelligence at Cisco, challenge the assumptions that many organizations are built upon, such as the ideas that “people can reliably rate other people,” “the best plan wins,” and “people care which company they work for.”

The pair have conducted research on the employee experience at many different companies, asking employees to evaluate statements like, “At work, I clearly understand what is expected of me,” to understand what workers need to thrive. The response to that one question, for example, can make or break and employee’s experience.

“I wouldn’t look at Glassdoor at all.”

They cite a 19-country 2018 study by the ADP Research Institute, which found that two questions indicated the strongest relationship between a worker and their trust in a team leader: “Do I know clearly what is expected of me at work?” and, “Do I have the chance to use my strengths every day?”

Trust has a cascading effect: Employees who trusted their team leader were 12 times more likely to be fully engaged in their work.

The book argues that your team leader matters much more than your CEO’s vision, which probably makes sense to anyone who has left a job over a new manager, backstabbing colleagues or a bad boss.

In an interview with HuffPost, Buckingham, a self-described “data geek” and psychometrician who builds tools to measure uncountable things, explained why we should stop paying attention to best-of lists and more attention to team leaders. 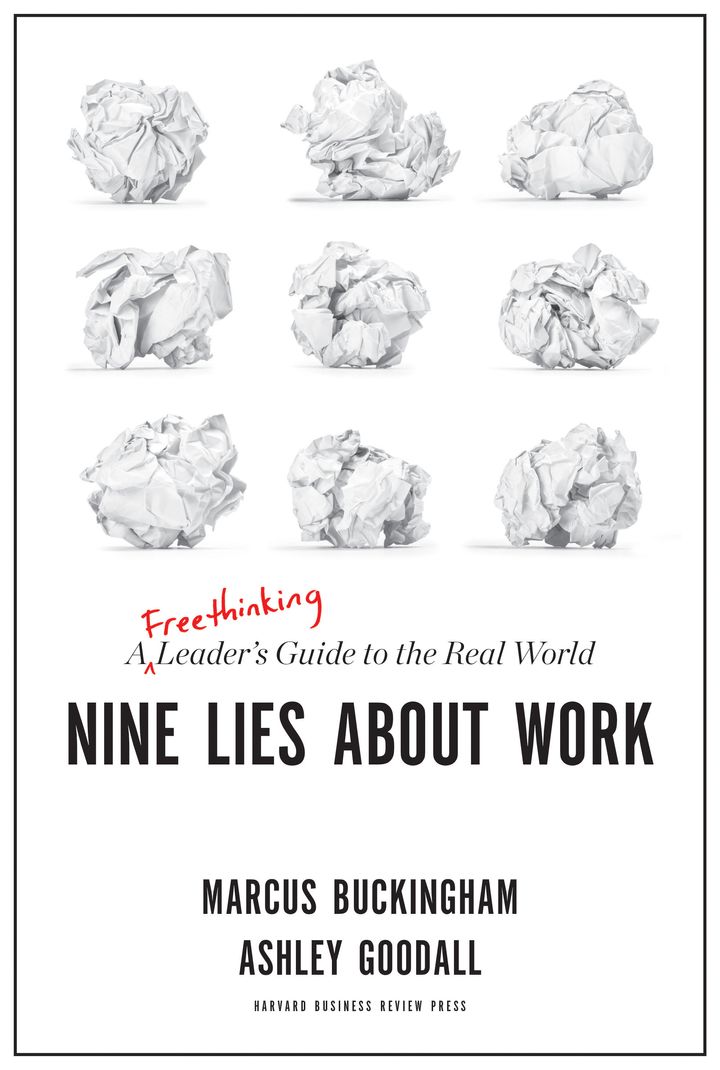 Why does your team trump your company? I feel like “Best Companies to Work For” lists are built upon the fact that you want to work for a big-name company.

So what that tells us notably, provably in the world, is that people may choose to join the company because they’ve read about it in the “best companies to work for” lists. And [getting on those lists is] a very sensible thing for companies to do to attract talent. But once you join, your experience of the company and indeed what you choose to leave or what you choose to stay with isn’t a company. It’s a team.

What should employees do with the information that company culture is not important?

The stories of culture, they’re a recruiting manual. They are designed to attract you and lure you in. They’re like the Venus’ flytrap for talent. And that’s OK. It shows good intentions. We wouldn’t dream of saying, “Hey companies, don’t say good things about yourself.”

But for an employee joining, you should take the whole thing with a huge pinch of salt, and instead, you should walk in and say, “Which team am I working on?” Or, “What does your company do to build really great teams? What do you do? Do you do anything? Do I know the manager that I’m going to be working for? Do you do anything to make sure that I’ll know my team really well? Do you make team-joining a really important part of onboarding?” So those are good questions.

For an individual employee, it means the most important thing for you is your local team. Find out as much as you can, and whenever you get worried that the team leader you’re joining is somebody that you can’t click with or don’t trust, take that really seriously.

I’ve read Glassdoor reviews of companies I’ve wanted to work for. But maybe there’s not as much use in that as in knowing the team personally.

Yeah, I wouldn’t look at Glassdoor at all. It’s a totally skewed sample. You won’t learn very much at all. In fact, you’re much more likely to get noise than you are getting a signal.

Same with the Best Places to Work Institute: You need to treat it all very carefully. If you want to use it as part of your signal gathering, OK, but it’s not the same as a Yelp review. The beautiful thing about Yelp reviews, if you look at what they’re actually doing, you’ve just got people going, “Did I like it?”

If Glassdoor wanted to do this properly, they would take a representative sample of the companies’ people and ask them a few questions about each person’s lived experience, not to rate the company, but to rate your own experience.

So even if you’re in a company that’s disastrous as a whole, you can have a positive experience if you have a good team?

It’s not just that your team is nice to have for you. It’s all you have. It’s really all you have. If you look up, you do want to see people who you respect. So yes, if you work in a company where you’re looking up, and the people you see up there you don’t respect, that’s hard. There’s no question that’s discordant.

The good news is it’s much easier to control the experience on a team than it is to try to shift an entire aircraft carrier of a company.

This interview has been edited and condensed for length and clarity.