EBAY sellers are flogging Tokyo Olympics 50p coins for up to £100 with experts saying their value could rise even further.

One coin, which was a high-graded 2020 Tokyo Olympics collectors 50p coin released as part of a set, recently sold for £100 on eBay. 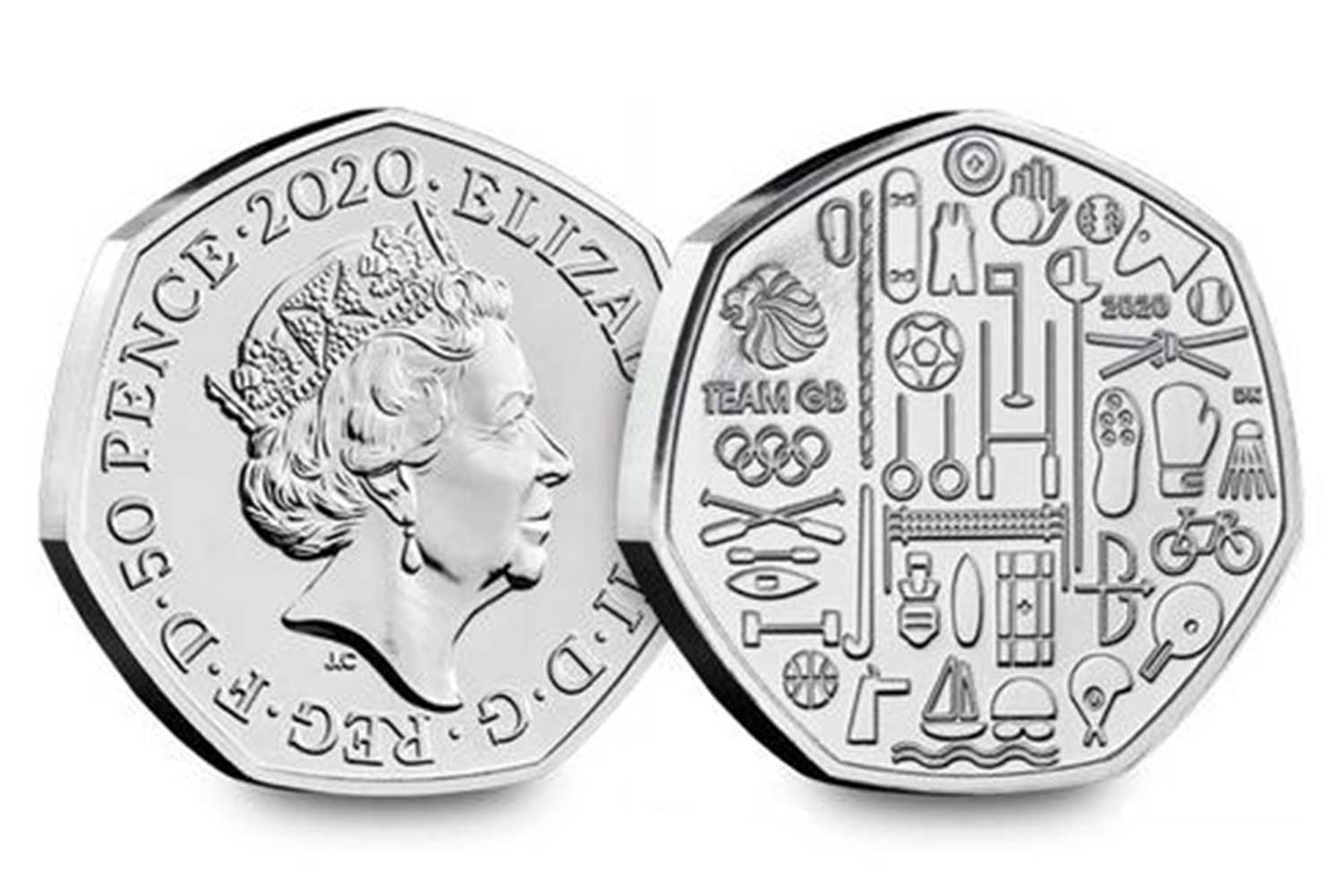 Other coins that went into circulation are going for between £20 and £40 on the online auction site.

The Royal Mint released the 2020 coins at the start of last year but only within the Annual Coin Set.

The coins were never released into circulation individually after the Olympic Games were postponed to 2021.

This means that it's less likely you’ll find one in your wallet but you should still check in case you’ve lucked out.

What do you do if you’ve got a rare coin?

FIRSTLY, you need to make sure the coin is legit and not counterfeit.

Around one in every four old £1 coins were thought to be fake, according to The Royal Mint, so there are probably more fakers in your spare change then you realise.

The Royal Mint is unable to value a coin but it can confirm whether it is real or not. They will usually supply you with a letter to confirm this.

Once you’ve found out whether the coin is real or not, you have a number of options – either selling it through a coin dealer, at auction or on eBay.

You can look at eBay's recent sold prices to get an indicator of how much your coin usually goes for on the site.

Currently, you can still buy the 2020 Annual Coin Set, which includes the 50p coin from the Royal Mint for £55.

However, some collectors have removed these from sets to sell on the secondary market for well above face value.

If you sell the coin for £30 to £40, it won’t cover the full set while experts say the other coins are almost worthless.

So if you do buy a set you will have to wait for the 50p coins to go up in value – but like all investing, this is a risk and there’s no guarantee they will.

How to safely store valuable coins

HERE are some tricks to keep your valuable coins safe from toning:

The Royal Mint has yet to confirm whether it is releasing 2021 versions of the Tokyo Olympics 50p coins individually,

But experts have said their release could have a big impact on the value of 2020 50p coins.

A spokesperson from ChangeChecker.org said: “As we draw closer to the Olympic Games, and with the individual release of the coin due to take place later this year, we could very well see demand for the coin increase.”

“A story like this also adds to the collectability of a coin and I’m sure many collectors will be eager to ensure they have both coins in their collection.”

The 50p coin also has “2020” written on both the front and the back – woven into the design among the various sports icons, could

According to changechecker.org, if the reverse design remains unchanged, but a new 2021 dated obverse is used, this will make the Team GB 50p one of only five UK decimal coins to feature two dates.

“With such an exciting story as this behind the coin, and with the thrill of the upcoming Olympic Games, this is could possibly be one of the most anticipated coins in recent years,” the spokesperson added.

However, Colin Bellamy from Coin Hunter, said dealers are concerned the 2020 coin could decrease in value if the same design is used and only the dates are amended to 2021.

Ballamy said. “You won’t get good value for this coin if the new one is available and released individually in huge quantities.”

“There’s a lot of speculation out there and a lot of variables in place,” He added.

“I know a lot of dealers are sat on these coins and might end up having too much supply for demand.”

But Bellamy said that if the Royal Mint decides not to release the 2021 version or the Olympics do not go ahead, the 2020 50p coins will go up in value.

He also said they may increase in value when they are no longer available to buy directly from the Royal Mint.

“At some point, they will sell out of the 2020 pack and that’s when the pricing comes into it because once it is no longer available from the Royal Mint, your only options are the second market," he said.

“Here, prices will go up a bit because all demand has to go through that channel."

Another possibility would be the coins increasing in value in a few years time.

He said: “Same-coin-different-dates might give it an increase in value, even if loads of the 2021 coins are released because the 2020 version might be rarer.”

The value could also increase in a few decades time when they become a novelty as the world looks back on COVID, he said.

The Royal Mint told the Sun they will give an update on whether they are releasing the 2021 coins on Monday.

Rare coins with errors can be worth thousands of pounds each – but even coins in general circulation can be worth hundreds more than their face value.

In general, the rarer the coin, the more valuable it is.

If you're lucky enough to pick up a rare coin in your spare change, it could go for hundreds of pounds depending on how rare it is.

You should check how much the coin is selling for on eBay.

Search the full name of the coin, select the "sold" listing and then toggle the search to "highest value".

It will give you an idea of the amount of money that the coin is going for.

You can either choose to sell the coin on eBay or through a specialist such as ChangeChecker.org.

You can also use an online tool that gives you an estimate of how much it could be worth on eBay, as well as any other rare coins you have.

Coin Hunter gives you an estimated valuation of your coin based on the average of the most recent sales, as well as a range of how much you can expect it to fetch.

Here, we give a full guide to the rare and valuable 50p coins in circulation at the moment.

Most recently, a rare Olympics swimming 50p was sold for almost £1,000 earlier this month.

Other coins sought after by collectors include the Beatrix Potter 50p coins.