TOM UTLEY: I’ve never been cut out for sainthood and smoke like a Russian battleship. But I’m sorely tempted to be an NHS volunteer now that I’ve semi-retired

Any one of five ‘bad lifestyle choices’ is likely to send us to an early grave, warns this week’s censorious Health Survey for England from the NHS.

Today, I throw up my hands and confess that I’m guilty of four of them.

I smoke like a clapped-out Russian battleship, I drink too much, eat too few daily portions of fruit and vegetables and take far too little exercise. In fact, the only bad choice on the NHS list that I’ve not yet made (if you can call it a choice) is becoming grossly overweight.

But now that I’ve given up my day-job to loaf around at home and write only one day a week, I’m working on that one, too.

Indeed, just seven days after giving up the daily grind of office life on reaching my 65th birthday, I’m already beginning to experience the temptations and perils of the life of an OAP. 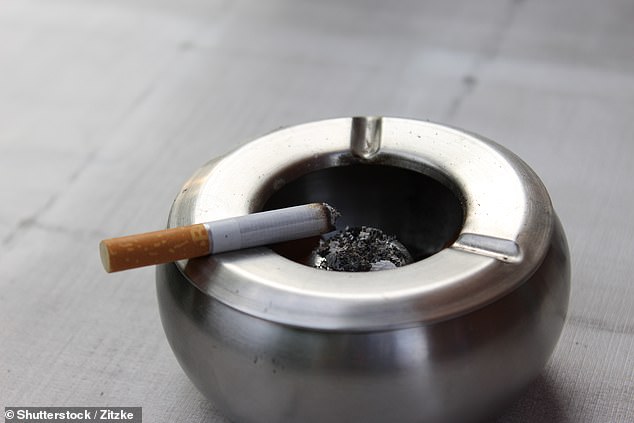 Tom Utley: To adapt the warning on my pack of Marlboro Reds, I’m discovering that retirement can seriously damage your health

To adapt the warning on my pack of Marlboro Reds, I’m discovering that retirement can seriously damage your health.

For many years I’d told myself this would be my chance to rein in some of my worst habits.

I imagined I’d smoke less, for example, when I was free from the daily stress of meeting deadlines and trying to wrestle against the clock to get my facts straight on subjects I struggled to understand.

But I’m finding the opposite is true, now that I can light up whenever I want. Instead of having to go down three floors to brave the elements and smoke on the pavement outside, my tobacco consumption has gone up, not down.

It’s the same with the booze.

When I was a prisoner of the office routine, I had to be back at my desk after lunch at the pub, which left only time enough for just the one (oh, all right, just the two).

Now that I’m free six days in seven, I can linger at the pub all afternoon if I fancy — which, all too often, I do. 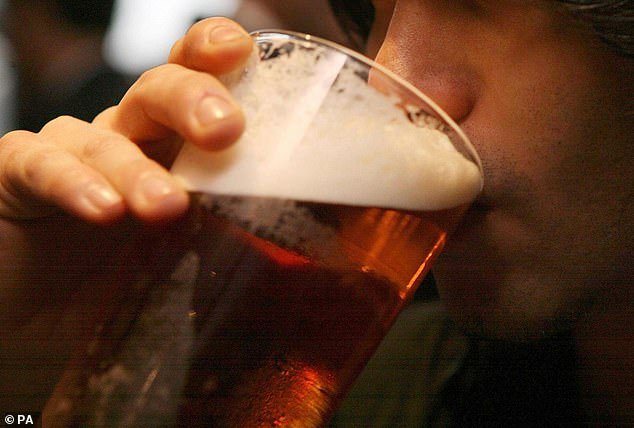 Tom Utley: Now that I’m free six days in seven, I can linger at the pub all afternoon if I fancy

Worse still, my birthday falls at the beginning of the Christmas party season.

The difference this year is that I can join in the revelry, instead of being chained to my desk until late in the evening, as I’ve been for most of my working life.

For the past week, I’ve been first to arrive for the fun and last to leave — and no sooner have I begun to recover from last night’s festivities than I’m off to the next.

Indeed, it hadn’t struck me before that the world of work imposes countless little disciplines that help keep us healthy, from the moment the alarm clock goes off and we have to get up and dressed.

(I pleaded guilty to four out of five bad lifestyle choices, but you can make that five out of six since my retirement, if you add a tendency to sleep for too long.

According to research published this week in the European Heart Journal this, too, can increase the risk of heart disease and premature death.)

Take exercise. There are countless ways in which office life and the daily commute keep us on the move, from the brisk walk to the station in the morning, and back at night, to running for buses, nipping off to the canteen or pacing the pavement with a gasper.

Lifting glasses at Christmas parties aside, the only exercise I’ve taken this past week has been the odd leisurely stroll to the pub.

As for fruit and veg, give me a good old pork pie any day — particularly now that I have to cater for myself at lunchtime, with no work canteen to feed me. 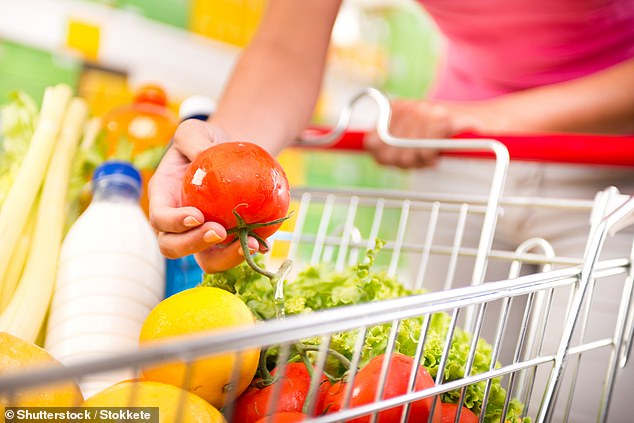 Tom Utley: As for fruit and veg, give me a good old pork pie any day – particularly now that I have to cater for myself at lunchtime, with no work canteen to feed me

So, yes, all this idleness and self-indulgence is certainly bad for my health — and it’s no surprise to me that the sharpest rise in diagnoses for diabetes is among the retired, with cases tripling from five to 15 per cent since 1994.

But I can also see that unless I do something about it pretty soon, it could become very bad indeed for my self-respect.

Insofar as I thought about it at all, I’d imagined that retirement would mean blissful days of freedom from taking orders, spent slumped in front of the TV watching old movies or reading the books I’d never got round to during my working life.

But ridiculous though this must sound after only a week of it, I’m already finding the daytime passes grindingly slowly while I’m waiting for Mrs U to return from work, or for the clock to tick round to party time.

It’s not just that of all the zillions of programmes offered by Netflix and iPlayer, I find there are hardly any I particularly want to see (it seems a cast-iron rule of TV that the greater the choice, the less there is worth watching).

It’s also that I haven’t quite managed to shake off the feeling that I ought to be doing something useful. 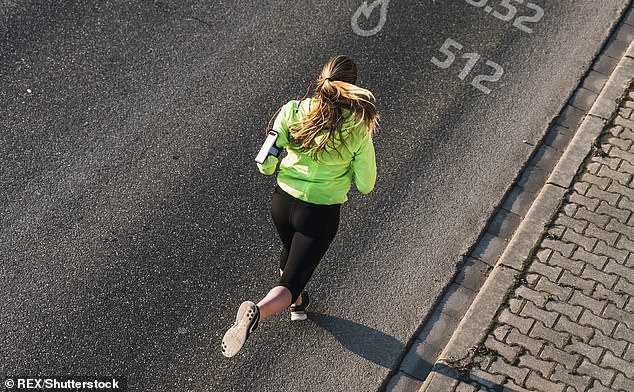 Tom Utley: I smoke like a clapped-out Russian battleship, I drink too much, eat too few daily portions of fruit and vegetables and take far too little exercise

The worst moments are when Mrs U tiptoes off to work in the morning, being careful not to disturb the idle lump in the bed next to her, and when she arrives home in the evening after a tough day at the office, to find me vegging out in front of Pointless Celebrities or leaving for the next Christmas thrash.

When I was bringing home the bacon (or bringing home the bagels, as vegans would apparently prefer), my role as the family’s chief breadwinner was a get-out-of-jail free card for most of my vices. Since I downed tools last Friday, I’ve found it increasingly hard to look her in the eye.

And if it’s like this after only seven days, how will it be for the next four years until she reaches her retirement age?

Mind you, I’m not volunteering to go back to work full time. On the contrary, I’m loving the new experience of reading newspapers for pleasure, rather than homework.

As for the joy of a rest from the struggle to make sense of Westminster’s descent into madness, words can’t express the relief.

Indeed, I can’t yet agree with Sir Michael Caine’s conclusion that it’s a mistake to retire at 65 — ‘a very young age now’. But it’s already clear that I’ve really got to find something worthwhile to do with all the spare time suddenly at my disposal.

With that in mind, I dropped by our local community centre the other day to see what activities were available to us oldies.

Well, each to his own taste, I suppose. But somehow none of these options quite hit the spot for me.

Tom Utley: If only for an afternoon a week, it would keep me active and out of the pub, doing something worthwhile. I might even be able to look Mrs U in the eye when she gets back from work

Which brings me to the elephant in the room — the Daily Mail’s Christmas appeal for volunteers to ease the pressure on NHS staff and bring comfort to patients by performing non-medical services such as visiting lonely patients or picking up prescriptions from the pharmacy.

I have to say that unlike the 18,000-plus readers who’ve already signed up to the paper’s Join The Hospital Helpforce campaign, pledging more than a million hours of their time, I’ve never been cut out for sainthood.

But there can be no denying that this year’s appeal ticks every one of my boxes for a healthier and more fulfilling retirement.

If only for an afternoon a week, it would keep me active and out of the pub, doing something worthwhile. I might even be able to look Mrs U in the eye when she gets back from work.

I’m making no promises, mind — unlike my virtuous colleague Sarah Vine, who joined up the moment the appeal was launched. And maybe I’ll treat myself to a few more weeks of idleness and self-indulgence while the party season lasts.

But the New Year is the time for resolutions — and I can’t think of a better one than signing on the bottom line. Always assuming that, bad lifestyle choices permitting, I live to see 2019.