Malcolm claimed she was “groomed by a much older man” and sexually assaulted “multiple times” while modeling as a teenager.

Bridget Malcolm opened up about the traumatic experiences she suffered while modeling at a young age in hopes of changing the fashion industry.

Taking to her social media platforms on Saturday, the former Victoria’s Secret model said she was finally ready to speak out about what happened to her because her years-long recovery has helped her get to a safe space.

“By the age of 18, I’d lived in three countries alone,” she began. “I traveled to all continents except for Antarctica. I’d been groomed by a much older man. I’d been sexually assaulted multiple times. I’d been told to do cocaine to lose weight.”

Malcolm went on to say she was told, while underage, to have “lots of sex” to lose weight, as well. She also claimed she was struggling with her gender identity, all while developing anorexia, orthorexia (a fixation on healthy eating), anxiety, depression and PTSD.

“I couldn’t socialize without drinking. I was developing quite the reliance on Xanax and Ambien in order to get me through the night. And that was before I turned 18,” she added.

By her 26th birthday, Malcolm had a nervous breakdown and couldn’t leave her house for a year without suffering panic attacks. “I also had a bout with suicidal ideation, which was terrifying. That was four years ago.” 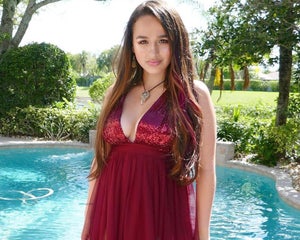 Jazz Jennings Reveals She Suffers 'Binge-Eating Disorder': 'It's Time For Me to Address My Weight Gain'

After seeking help, Malcolm has returned to a healthy place in her life. “I am two-plus years sober. I’m four years in recovery from an eating disorder. I’m happy. I’m balanced. I’m strong, and I feel the best I’ve ever felt.”

Now she hopes her voice can help make a difference, as she is a “strong believer that the fashion industry needs to change.”

“I am OK now,” she concluded. “I am one of the lucky models able to make a long career out of the fashion industry, but my job should not include abuse.”

If you or someone you know is struggling with depression or has had thoughts of harming themselves or taking their own life, get help. The National Suicide Prevention Lifeline (1-800-273-8255) provides 24/7, free, confidential support for people in distress. 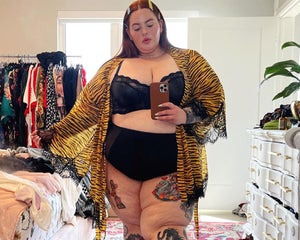 Guys, the Night King Joined Cameo and Wants to Record Videos for You