WHEN Liam Stannard and his fiance Alex Myers bought their £525,000 three-bed home during lockdown they felt lucky to be able to move.

The coronavirus pandemic had forced the housing market to a near standstill with home moves banned for seven weeks. 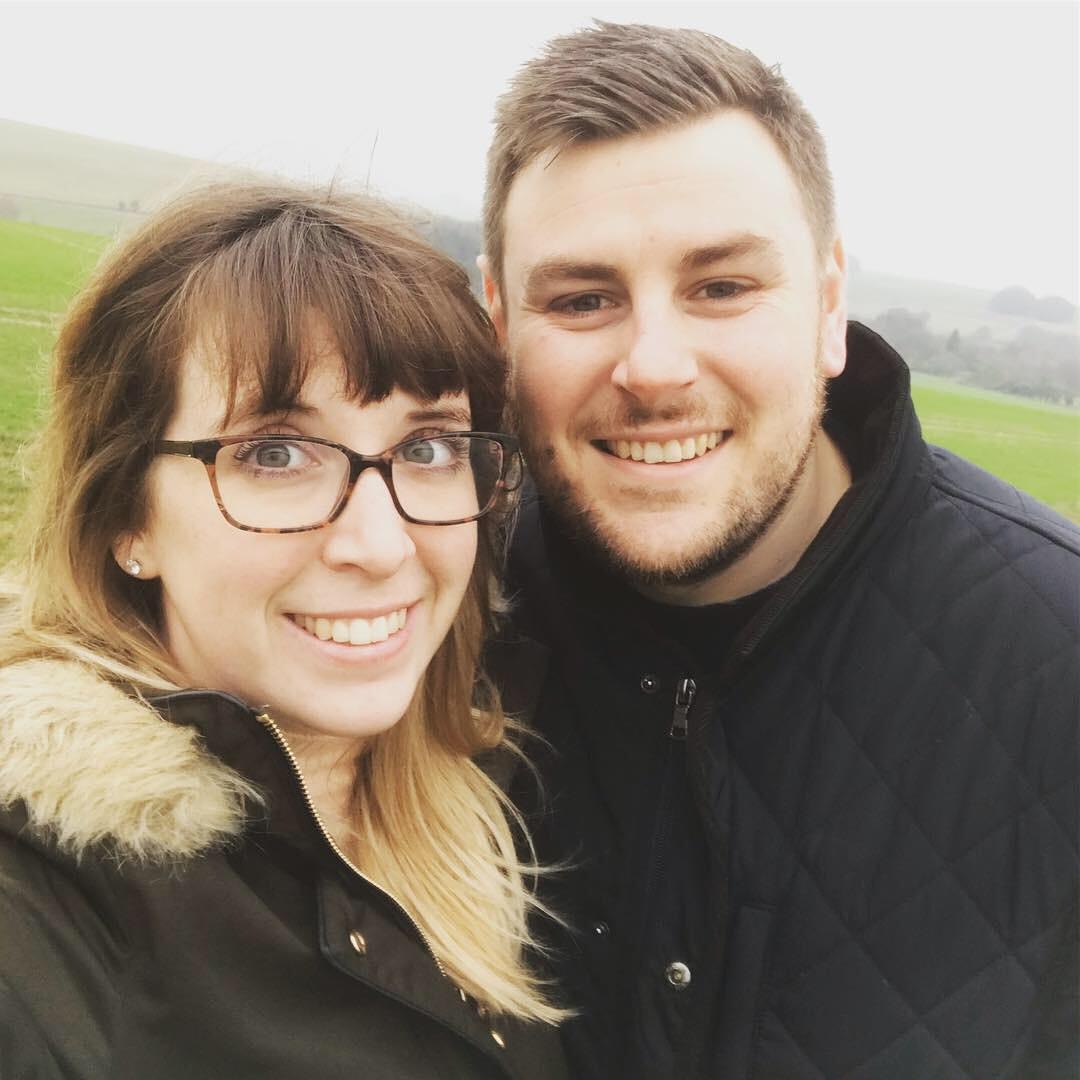 But the couple pressed ahead, completing their purchase of a new build three-bed in Wokingham at the end of April.

It meant they could escape their rented two-bed flat in Clapham during the height of lockdown.

They used a loophole in the rules, which allowed buyers to safely move into properties if they were already empty.

Before the pandemic they’d pushed forward their moving date to the end of April rather than May, so the property developers could hit their sales target.

As a sweetener the developers offered to pay half of their £16,000 stamp duty bill. 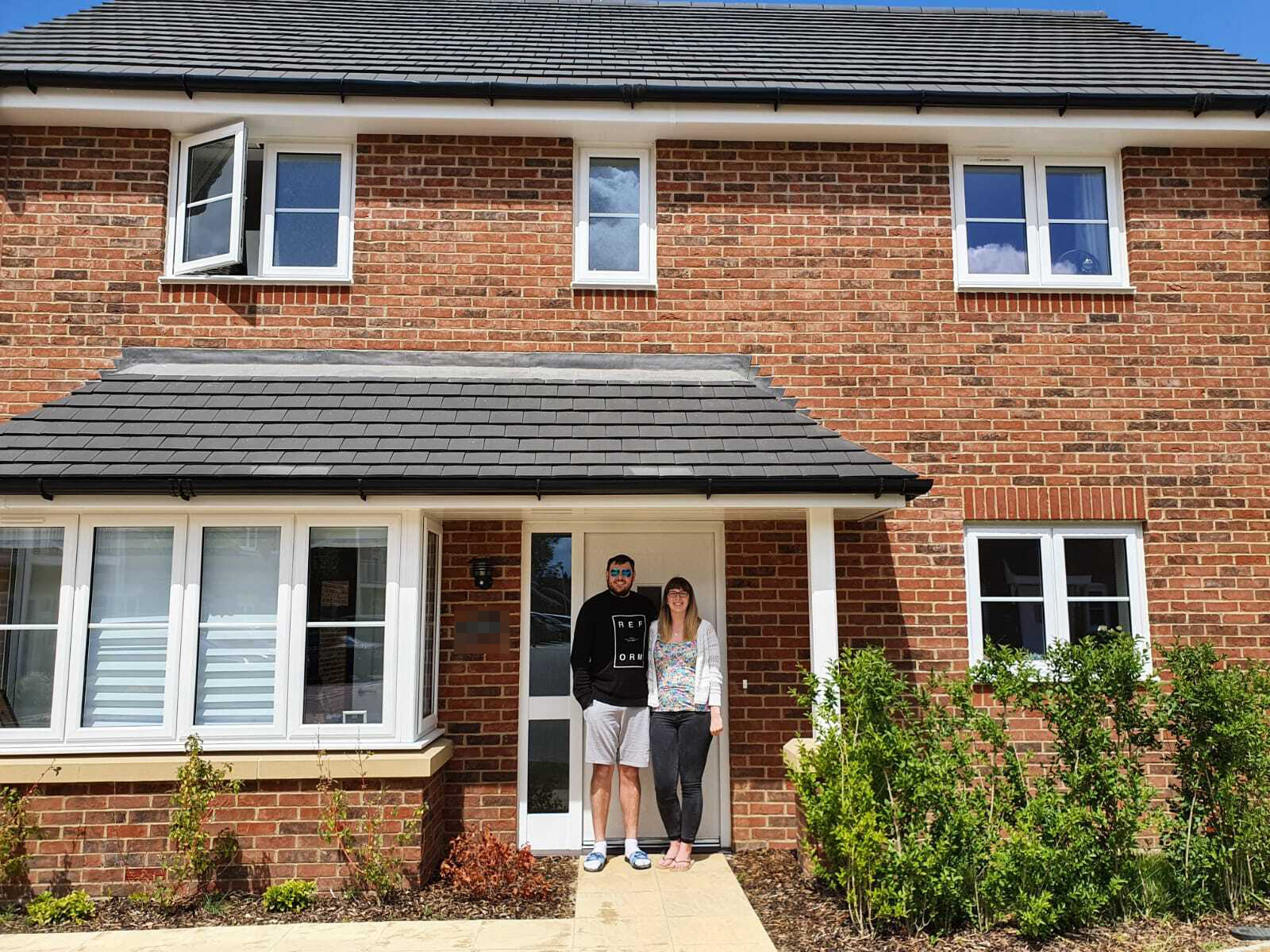 The couple were gutted when Chancellor Rishi Sunak announced a stamp duty relief on all properties up to £500,000.

If they had only delayed their moving date by a few more weeks they would have been almost £7,000 richer.

“I was devastated that this was announced so soon after our move and it was a kick in the teeth,” Liam told The Sun.

Are you a first-time buyer who want to share tips on how you did it? Email us at money@the-sun.co.uk or call 0207 78 24516. Don't forget to join the Sun Money's first-time buyer Facebook group for the latest tips on buying your first home.

“We did our bit to keep the housing market moving and this is the thanks we get.”

Liam has since written to Mr Sunak and his local MP to plead that the government backdate the tax break to the start of lockdown.

But as the tax holiday is designed to encourage movers and help kickstart the housing market not reward those who have already bought property, he is unlikely to be successful.

We caught up with new homeowners  Liam and Alex for My First Home to find out what it was like moving house during the coronavirus lockdown.

We live in a three-bed detached house in Mulberry View development in Wokingham.

It’s a new build and I’ll be honest, never in my wildest dreams did I think that I would ever be able to own something like this. It’s beautiful. 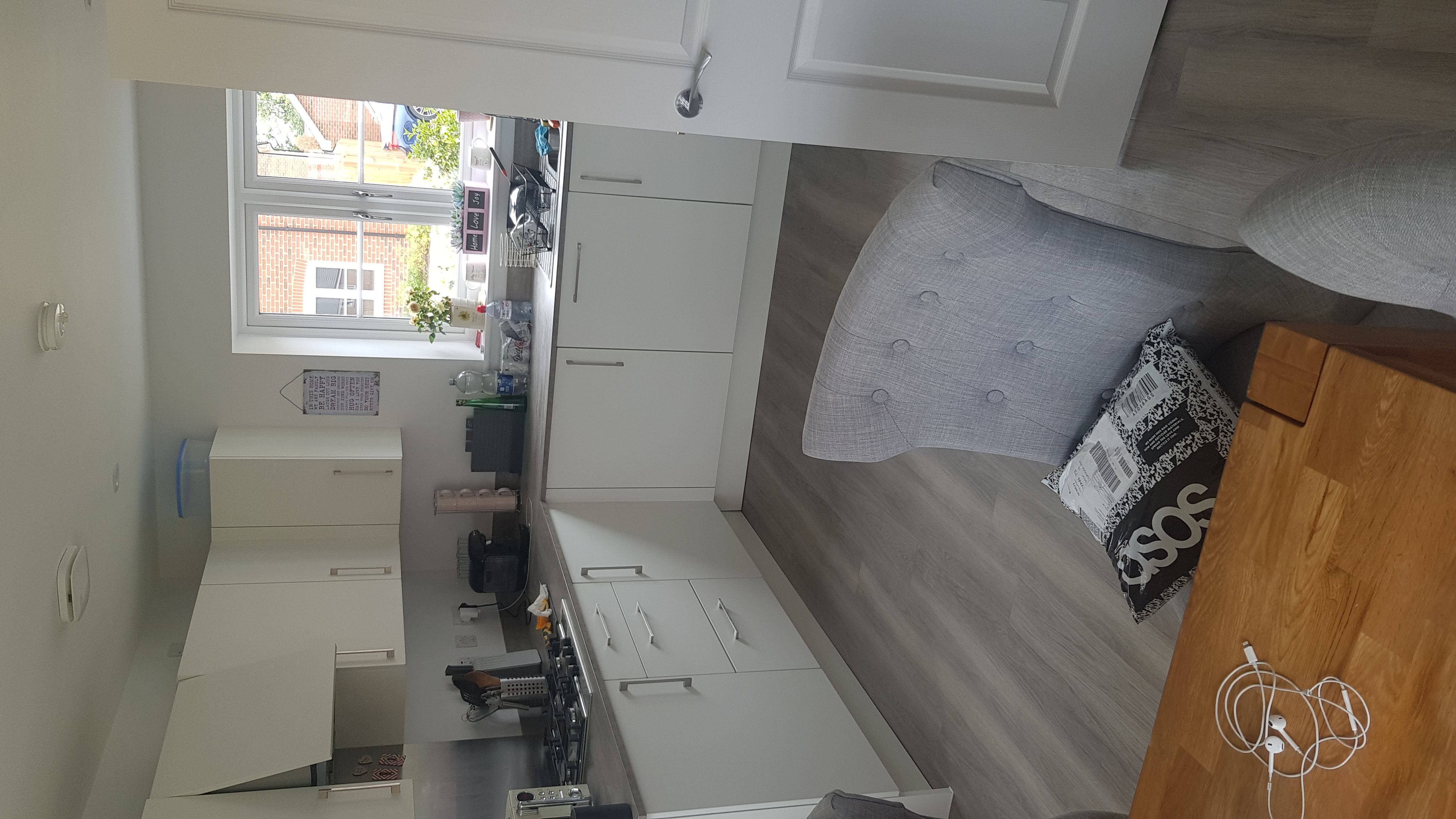 What is stamp duty?

STAMP duty land tax (SDLT) is a lump sum payment anyone buying a property or piece of land over a certain price has to pay.

Up until July 8, most house-buyers in England and Northern Ireland had to pay stamp duty on properties over £125,000.

The rate a buyer has to fork out varies depending on the price and type of property.

Rates are different depending on whether it is residential, a second home or buy-to-let, or whether you're a first-time buyer.

The usual system in England for residential properties means:

For second homes or buy to let properties:

Stamp duty rates are different in Scotland and Wales.

Downstairs, we’ve got a living room and an open plan kitchen-diner, while upstairs there are three bedrooms and a bathroom.

The master bedroom has an en suite and the smallest room currently has a pull out sofa bed in there – we’re hoping to turn it into a walk-in wardrobe.

We’ve also got a garden around the back, a drive and a garage.

The garage will be joined to next door’s but it hasn’t actually been built yet.

How did you manage to afford it?

Throughout our time renting a two-bed flat in Clapham, London, we’d managed to save around £6,000 on our own.

But we were also fortunate enough to come into some inheritance and had help from our parents, which meant we had just over £26,000 to put towards buying somewhere. 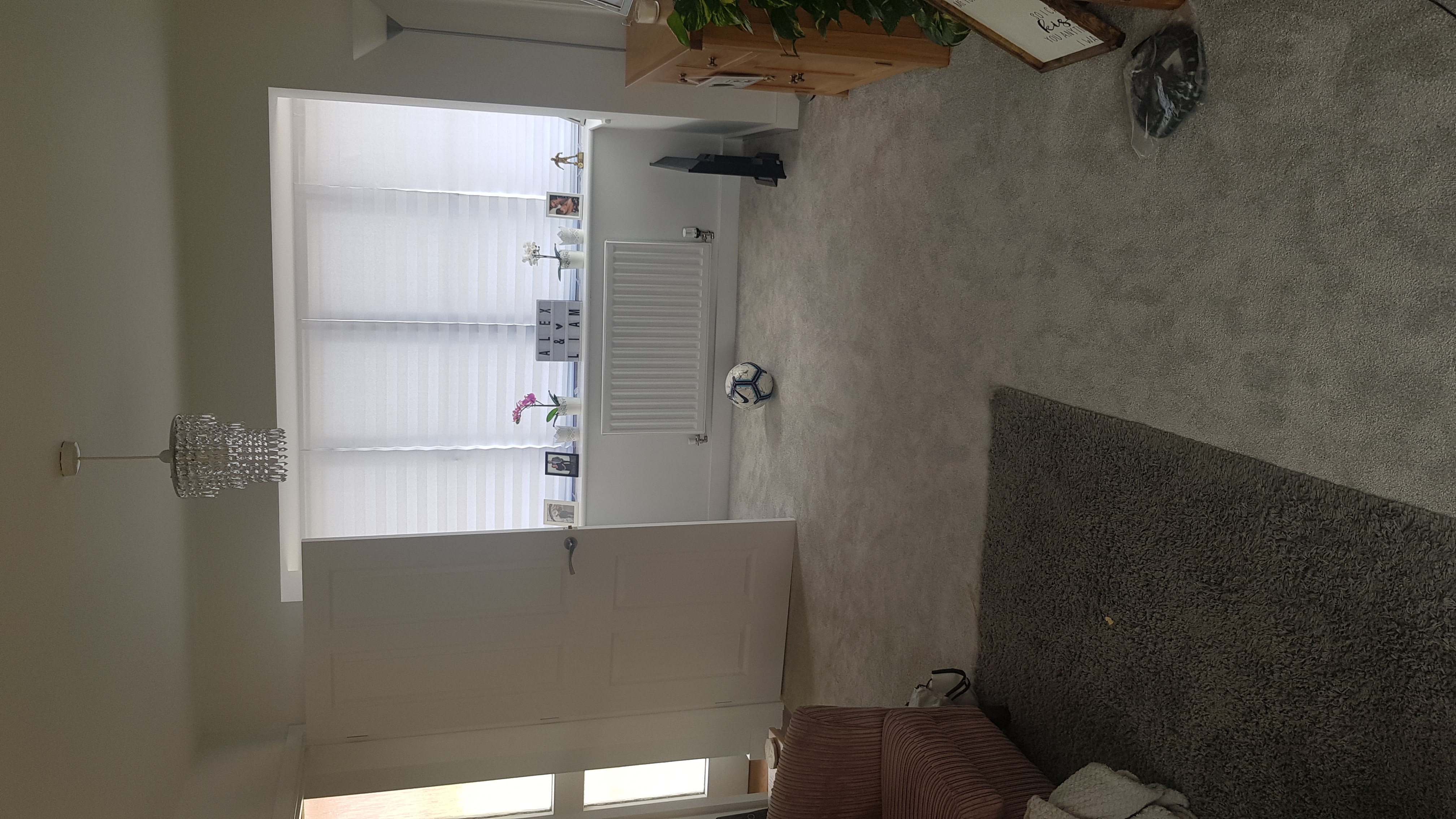 Our house was on the market for £549,950 but I knew we were in a good position to get a deal as it was January and many buyers were holding out for after Brexit.

I tried to haggle with the developers and offered £500,000 but they flat out refused.

I explained that we don’t get the first-time buyer stamp duty relief on more than that amount, which was a sticking point for us.

They also threw in another £1,000 to go towards our final month’s rent if we brought the moving date forward from when our tenancy ended at the end of May to April so they could meet their end of year targets, which we agreed to do. 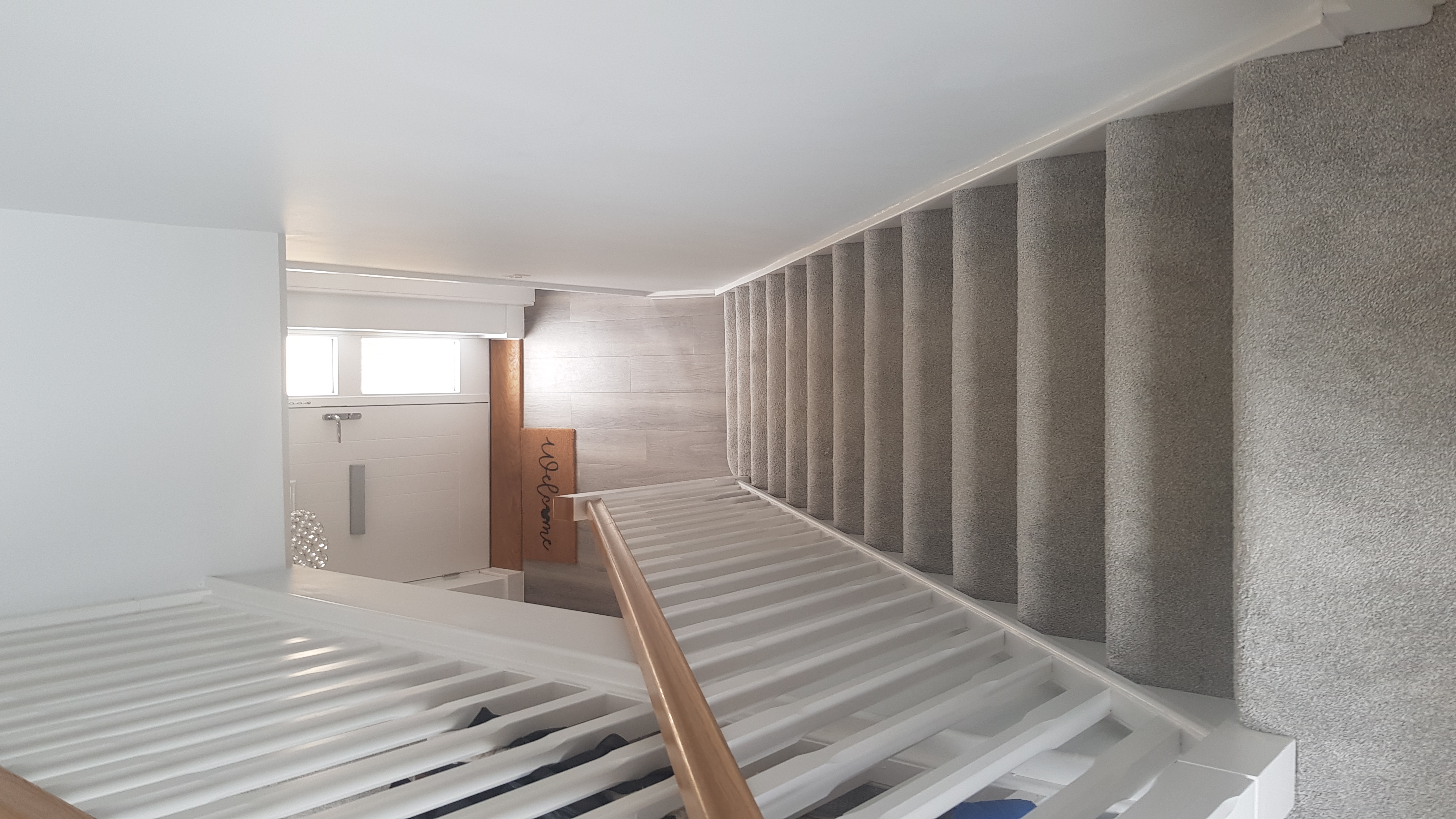 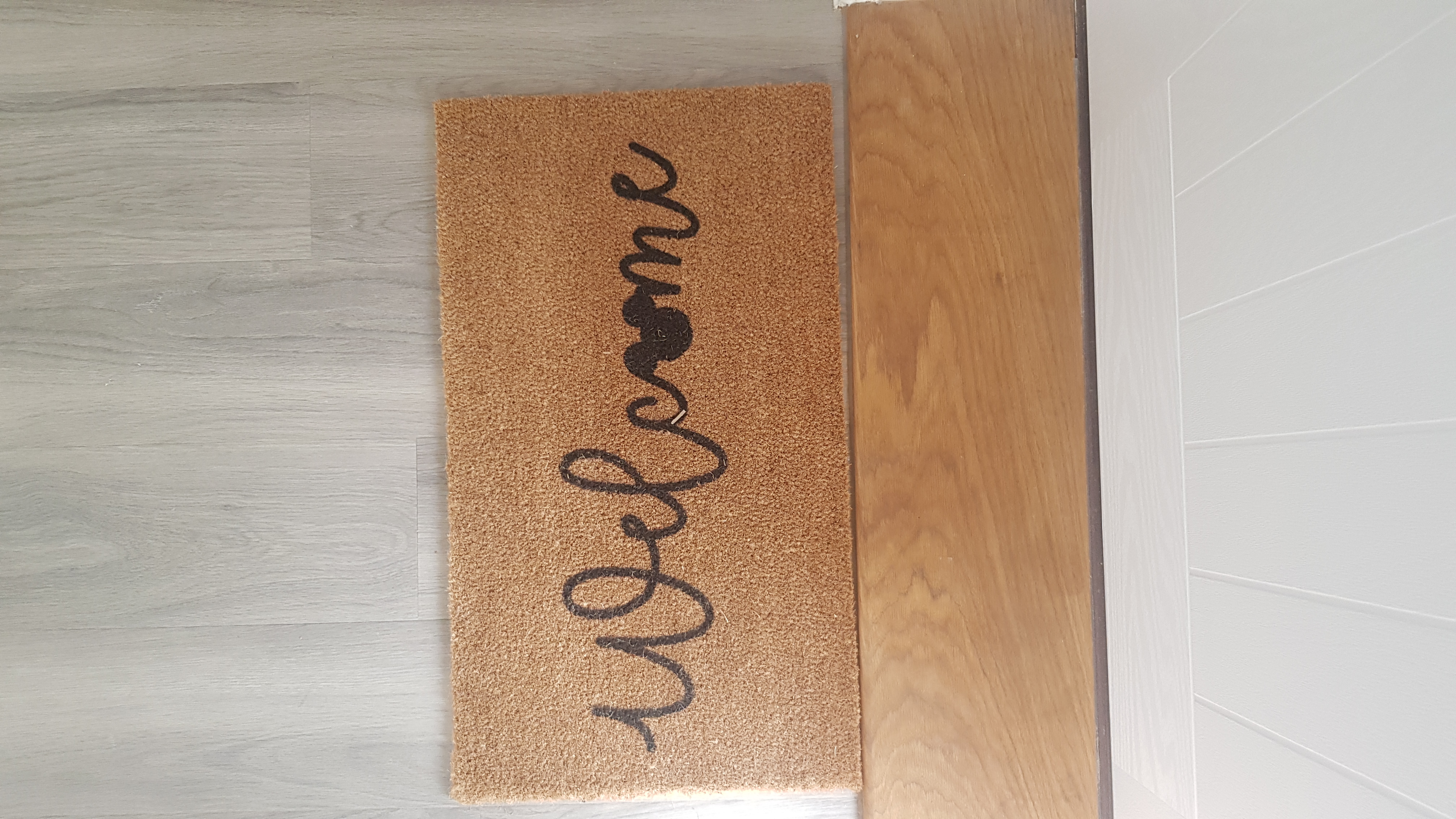 Now, we pay less on our monthly mortgage repayments than we did in rent for the flat in Clapham – our mortgage is £1,156 a month and rent was £1,720 a month.

Why did you have to pay stamp duty?

The first-time buyer stamp duty relief applies to the first £300,000 of a property's value.

But if you purchase a house more than the £500,000 threshold then you're not entitled to the first-time buyer tax break at all and you're charged at normal rates.

That's why our bill was so expensive and we were fortunate to have been able to negotiate half of the fees to be paid for by the developers.

But if we'd completed on the house after the Chancellor's new stamp duty relief, then it would have only had to pay £1,250.

We completed on April 29 and decided to move on April 30.

By the time it came to actually moving house, we were desperate to leave our flat in London.

We were both working from home during lockdown and it was not the one – there wasn’t enough room for both of us.

But we were also worried that we wouldn’t be able to move, although when government guidance was released it said that you could move if the property was empty. 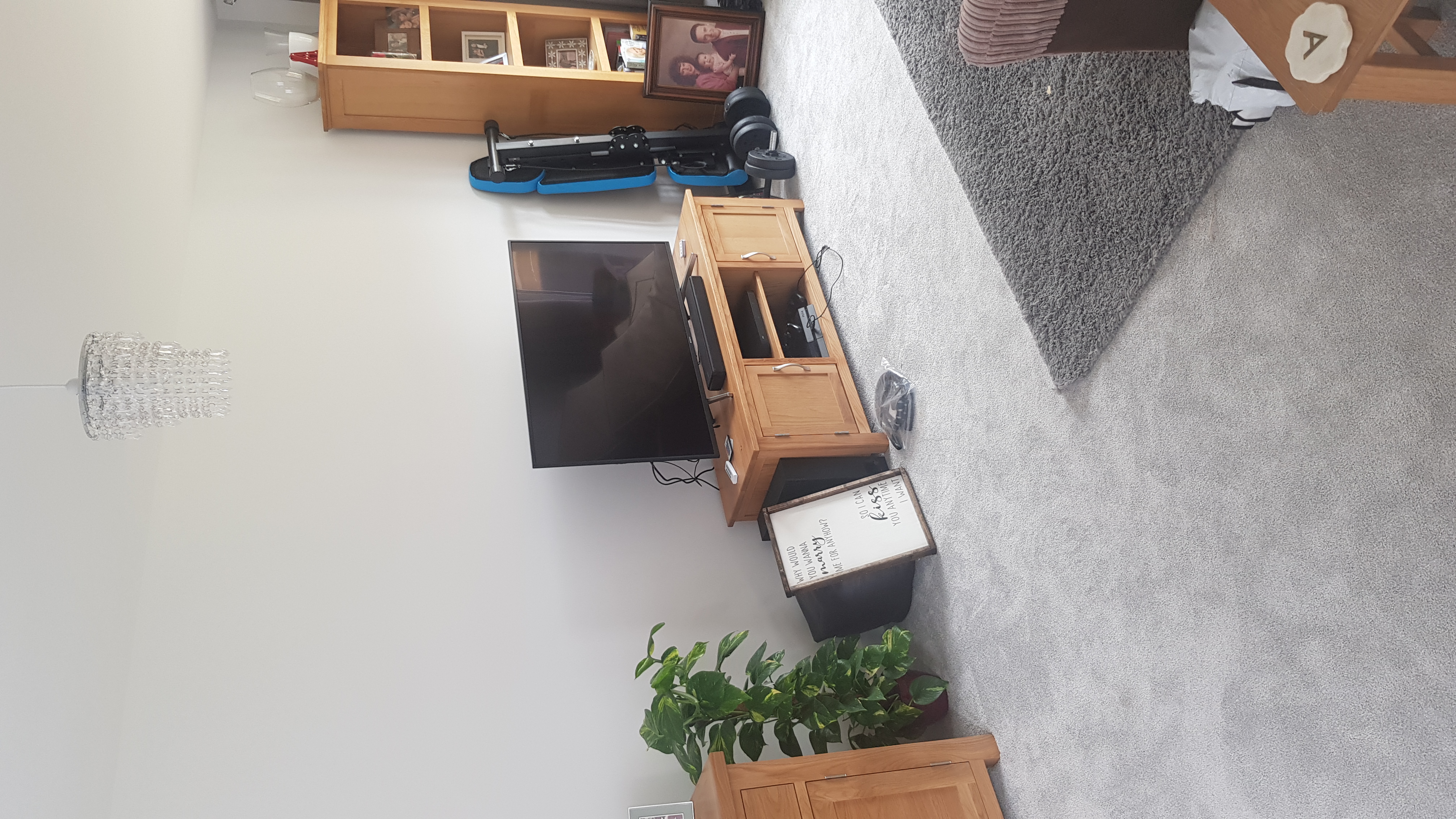 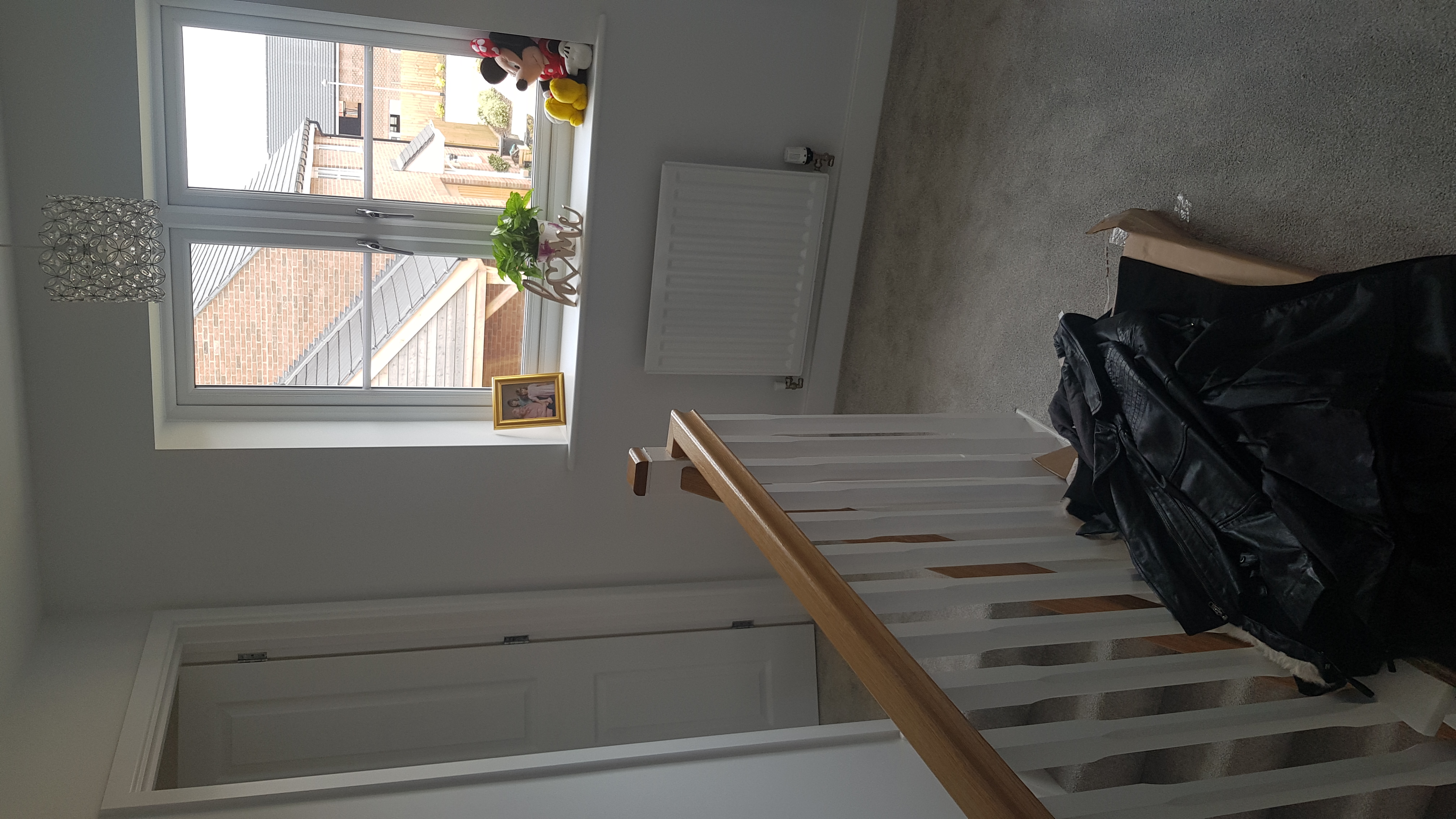 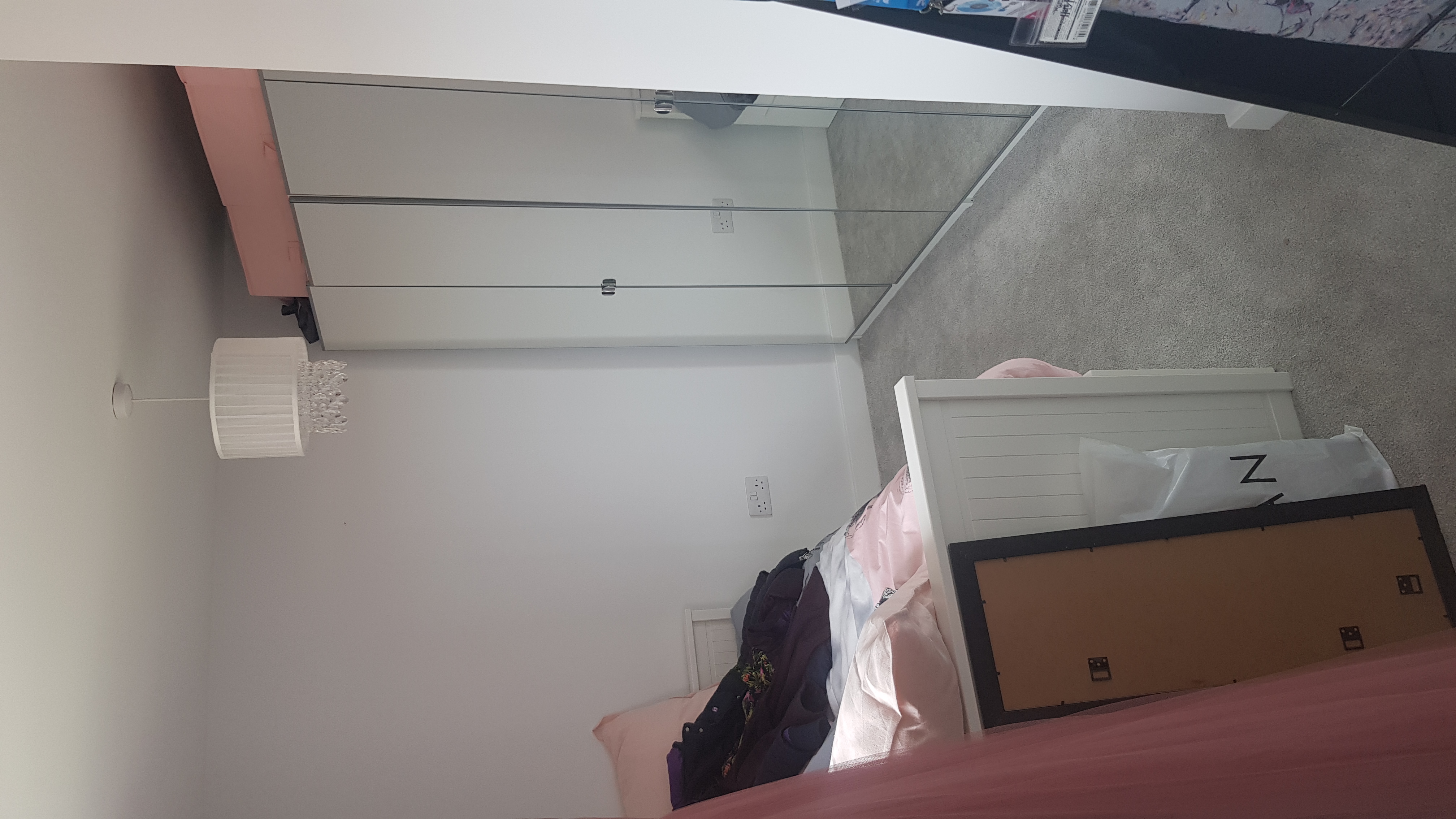 We decided to do it all ourselves because we weren’t keen on using a removal company when we were all supposed to be social distancing and staying indoors.

Our Clapham flat was fully furnished so we had to buy all of the furniture for our new place ourselves.

"We had been ordering it all to my parents house in Essex, as well as Alex's mum's house in West Berkshire, with the plan being that my dad would hire a van to pick it up and bring it to us on moving day. "

But because of lockdown we decided to move all of our stuff from the flat to the house in our two cars.

It was tipping it down and it took us three 80 mile round trips to get everything from London to Wokingham. 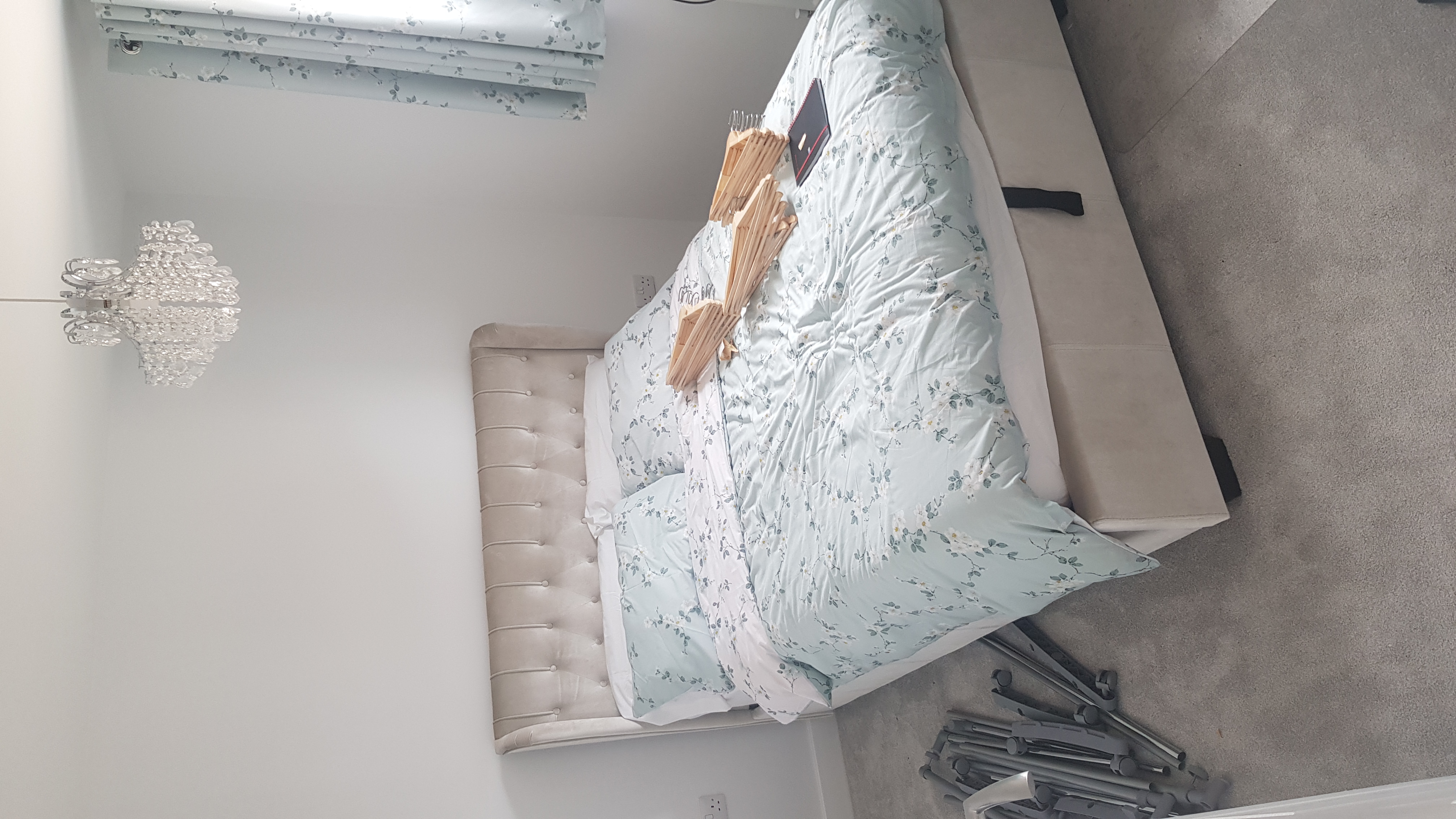 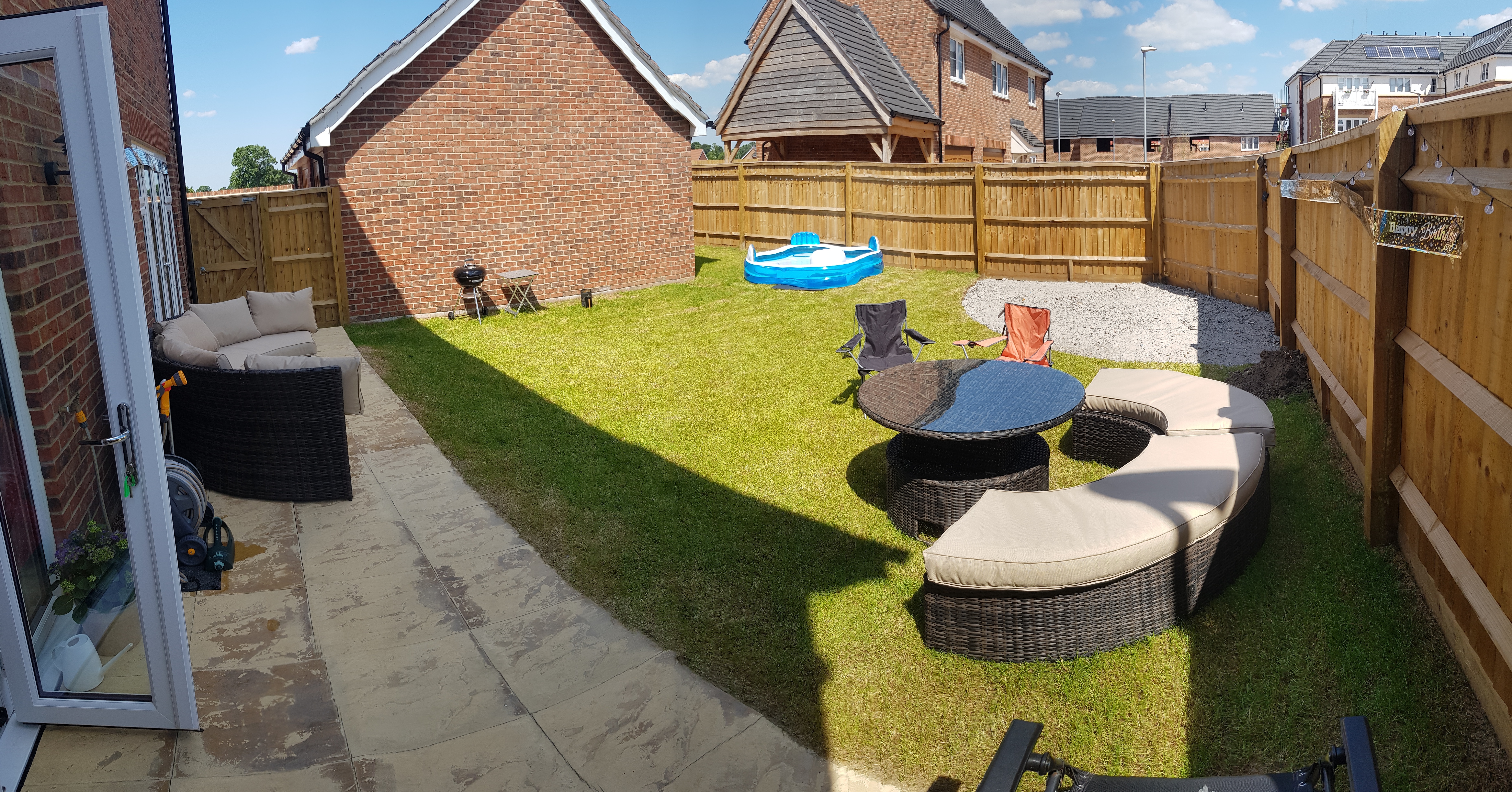 The whole ordeal took us 12 hours. We didn’t have a bed so we bought a blow up one to sleep on in our first night in the house.

The next day, my dad came to pick me up in the van to pick up the furniture from Alex’s mum’s house.

We all wore masks and gloves. I couldn’t go over to see my mum because she’s vulnerable and was shielding.

As soon as he’d helped us and the furniture was in, dad shot off and left us to get on with it.

We were gutted we could show it off to friends and family straight away but it was so worth the stress.

How did you afford the furniture?

As we had nothing to start with, we decided to put all of the big furniture costs on our credit card and were paying it back monthly. All in, it was about £6,000.

The one thing we didn’t get until a month later was our sofas from DFS because they weren’t delivering during lockdown.

They did eventually arrive though – in the meantime we used two tub chairs Alex’s mum had given us.

How are you planning on paying back the Help to Buy loan?

We’re pretty confident property prices in this area will increase over the next five years so we’re just planning on paying it back when we come to sell it.

GETTING on the property ladder can feel like a daunting task but there are schemes out there to help first-time buyers have their own home.

Help to Buy Isa – It's a tax-free savings account where for every £200 you save, the Government will add an extra £50. But there's a maximum limit of £3,000 which is paid to your solicitor when you move. These accounts have now closed to new applicants but those who already hold one have until November 2029 to use it.

Neither of us are worried about the extra cost, even if it means that we’re being charged interest on it after the five-year interest-free period.

By then, we would have invested more equity in the house too so we don’t feel like we’ll be missing out on anything when we sell it.

How did it feel finally getting the keys?

Because of lockdown and social distancing rules, the developers had to pass us our keys from a distance and then leave and that was it.

They did apologise that they couldn’t give us a tour around our new home or anything but it didn’t matter – we were buzzing.

But at the same time, it was a bit flat over the next few days because we couldn’t invite friends and family over.

Now though, we’ve been able to show friends around which has made all the difference.

Dad Gets Tattoo to Match Son's Life-Saving Heart Surgery Scar: 'He Should Be Proud'

4 Zodiac Signs Who Are Hard To Read On Dates