Quickly becoming a household name, the actress captivated fans with her cheeky personality and rowdy ways on the soap.

Katherine, 41, was cast as Becky back in 2006 at the age of 26, and her character was a blonde who lived bright colours and denim. However, away from the set, the actress’ fashion is world’s away from that of Becky, as is her lifestyle.

Katherine left Corrie in 2012 after a six year stint, but what she’s been up to since? Let’s take a look…

Where is Katherine Kelly now?

After leaving Corrie, Katherine has gone on to have a very successful acting career.

The gorgeous star landed theatre and television roles, acting in the likes of The Field of Blood, City of Angels, Happy Valley, Doctor Who, Him and she also starred as Lady Loxley in the ten part ITV drama series Mr Selfridge. In 2019, Kelly appeared in an episode of Flack, as Brooke, then later that year she played the part of Leah in ITV drama Cheat.

In September, 2019, Netflix released its mini-series Criminal: UK in which Kelly can be seen as the role of the lead investigator.

Kelly then joined the cast of Liar for its second series in 2020, as Detective Karen Renton.

The actress has also shared her brand new project, in Innocent, which is coming to ITV in the spring. 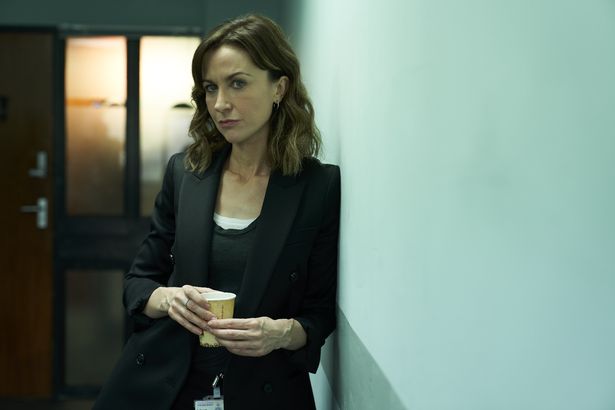 She shared a vintage-style snap to her Instagram, lying on a bed with a flower duvet and looking downcast.

Katherine can be found posting to her 62,000 Instagram followers, where she shares playful throwbacks with Corrie cast members, and snippets into her everyday.

In her bio, Katherine links to a Go Fund Me page which takes you to a site where you can sign a petition to stop the sharing of intimate images.

Katherine married her husband Ryan Clark in a secret ceremony at the Little Church of the West in Las Veags, Nevada, back in 2013.

Talking about the day, the actress said: “It was awesome. I’ll never forget that moment for the rest of my life.”

The pair share two daughters, Orla and Rose, together. In 2020, it was reported Katherine and Ryan had split after seven years of marriage.

A spokesperson for the couple said: “Katherine and Ryan have made the difficult decision to separate.

“They see it as a positive move for both of them and the separation is completely amicable."

They added to The Sun Online: “Their children are their top priority and they will continue to co-parent as good friends.”

Why Is Pisces The Last Sign In The Zodiac? Here’s Everything You Need To Know About This Complex Water Sign