ROBERT DINGWALL: Why are we the only country obsessed with the disastrous two-metre rule?

Why have we been told that we must keep two metres from others to stop the spread of coronavirus? Why not one metre? Or three, for that matter?

This question might sound slightly academic, as most of us are sensible enough to understand the importance of keeping safe and separating a couple of metres from others if necessary.

But the specifics of this debate are crucial because it will dictate how many retail, leisure and hospitality businesses will reopen. 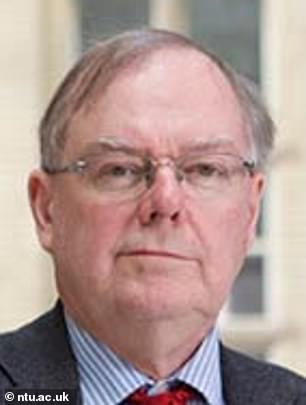 Robert Dingwall (pictured) is a Professor of Sociology and member of the Virus Threats Advisory Group, NERVTAG

Consider the practicalities. Imagine holding a two-metre long rod to your chest and turning around full-circle to represent a ‘sterile safety zone’ of 12.5 square metres. But if the science says a safe distance is one metre, the safety zone is only 3.1 square metres.

The fact is that many restaurants, cafes and hairdressers, for example, are unlikely to be able to function economically if they need 12.5 metres per person. But they may be able to get by if less space is required per customer.

Ignoring the economics, what does the science say?

Most countries have not adopted a two-metre rule. The World Health Organisation recommends one metre, which has been adopted by the Nordic countries. Much of the rest of Europe has opted for 1.5 metres, as has Australia. The US, preferring imperial measures, has chosen 6ft (1.8 metres).

In fact, the UK’s reason for choosing two metres is obscure.

It may have come from studies in the 1930s about spacing between beds in old-style open hospital wards. But this practice would be of limited relevance for dealing with the SARS-CoV-2 virus.

Those supporting the two-metre rule point to recent experiments that seem to show that virus particles can travel at least two metres. However, there are many factors that mean droplets big enough to carry sufficient quantity of virus to infect another person rarely travel more than one metre. Indeed, very few travel more than 75cm. 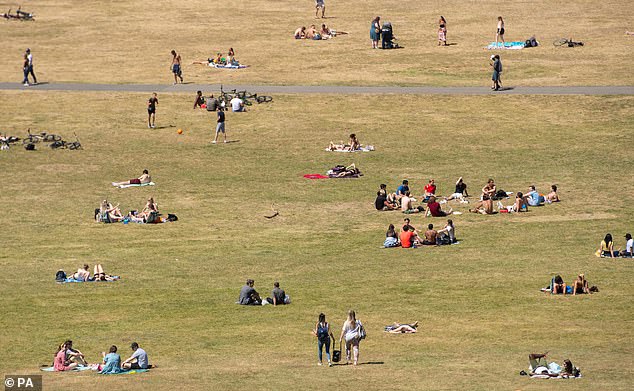 ‘The UK’s reason for choosing two metres is obscure. It may have come from studies in the 1930s about spacing between beds in old-style open hospital wards. But this practice would be of limited relevance for dealing with the SARS-CoV-2 virus,’ says Robert Dingwall

I got a crash course in the complicated physics of this subject from a group of Brunel University engineers who have reviewed research into what happens in supermarkets and similar enclosed spaces.

A key factor is that air is always moving – and these movements often impede the travel of breath from an individual. Also, temperature differences between the human body and its surroundings create vertical movements which disrupt the laminar flow (in smooth and regular paths) of breath.

Think about breathing out on a cold day: you can see your condensing breath form eddies as you exhale, before it rises and disperses into the air. You will also have seen photos of grizzled polar explorers whose beards glistened with frozen droplets of breath. These demonstrate how larger particles – which in an infected person will be the ones carrying the most virus – tend to fall on to the face and clothing of the breather rather than travel to someone else.

Of course, if a person sneezes or coughs, the force will carry larger droplets further. This is one important reason why anyone exhibiting any such symptoms must stay at home. 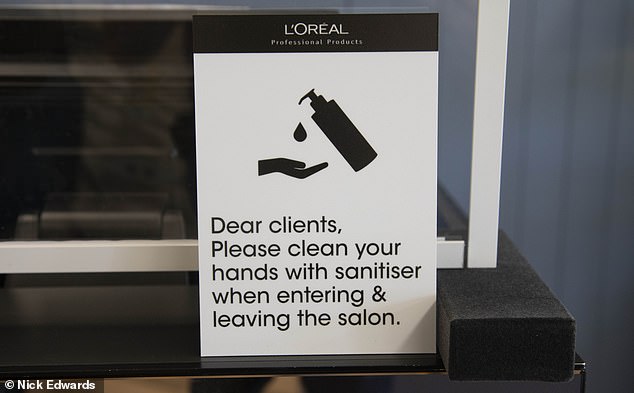 ‘The fact is that many restaurants, cafes and hairdressers, for example, are unlikely to be able to function economically if they need 12.5 metres per person,’ says Robert Dingwall

The direction that droplets travel is also of critical importance. If you are face-to-face with somebody, you will be exposed to more of their breath than if you are side-on or facing away from them.

Being side-on or back-to-back with a stranger for a relatively brief period, I am convinced, ought to mean we could safely distance at one metre.

So why has the Scientific Advisory Group for Emergencies (SAGE), which advises the Government, been so apparently reluctant to acknowledge such evidence, and relax the two metre rule?

Members are said to be concerned that the public might be confused by a change.

Thankfully, Boris Johnson has now instructed Sage to review the matter. Greg Clark, chairman of the Commons Science Committee, has pressed him to make sure that review is ‘urgent’. Mr Clark is seeking the distance to be reduced to 1.5m, saying the change ‘may seem small but it can be the difference between people being able to go to work and losing their jobs’.

In my opinion, a review wouldn’t come a moment too soon.

If You’re Dealing With Hair Loss, These Dermarollers Can Help

Get Your Chill on This Summer in This Effortless, Strapless Jumpsuit