THE price of Bitcoin has fluctuated wildly since its launch – and it's currently sitting at just under $32,000.

Bitcoin was first created in 2009, and has since become the world's largest cryptocurrency. 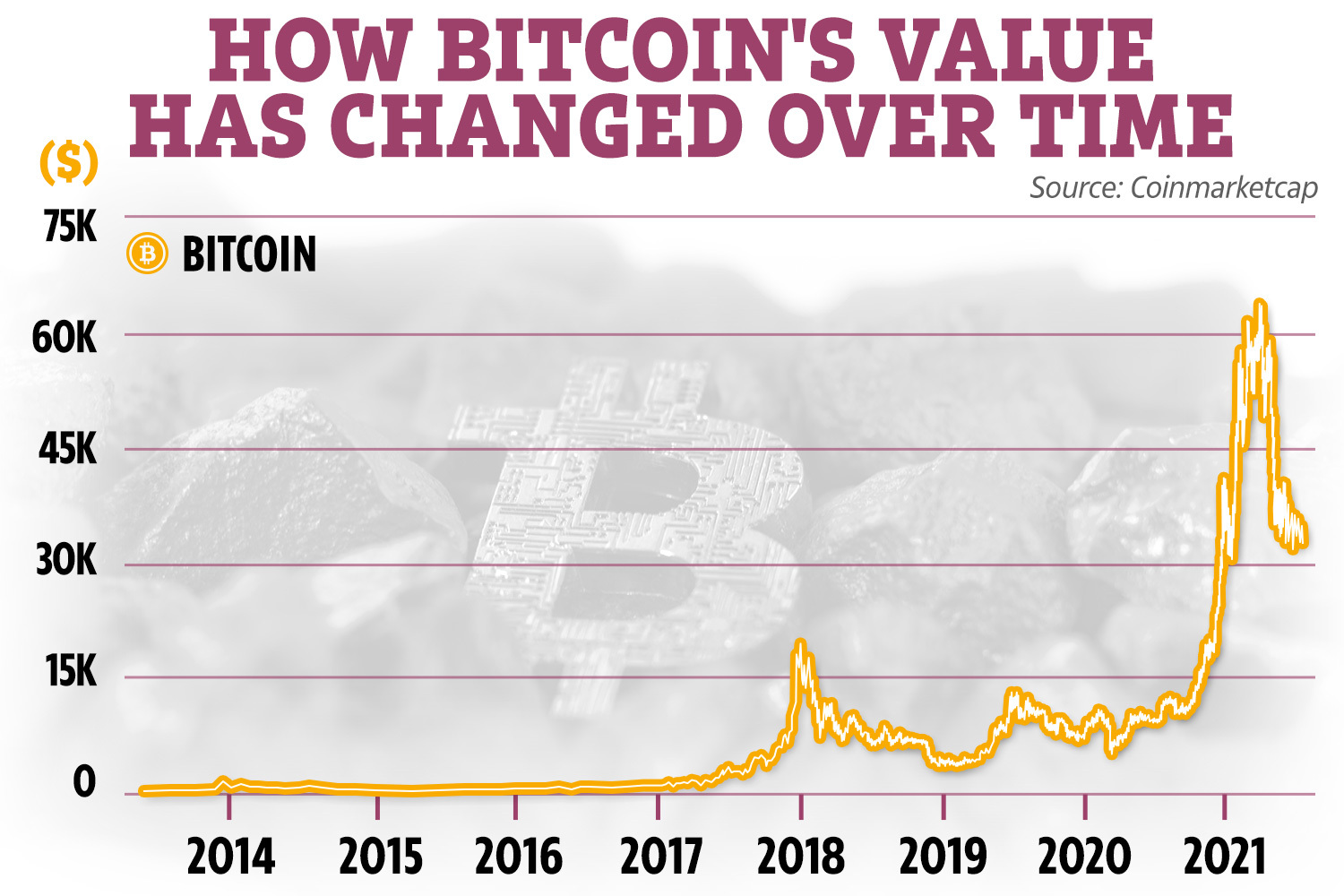 Bitcoin tokens are a digital-only form of payment and are created by a computer code.

The value of it is determined by supply and how much people are willing to buy it for, and investors should know making money is not guaranteed.

Cryptocurrencies are highly volatile, so you may lose all the money you put in so you should never invest more than you can afford to lose.

There's also scant regulation for crypto firms, so you won't have any protection if and when things go wrong.

BELOW we round up five risks of investing in cryptocurrencies.

How much is Bitcoin worth?

In comparison, it was worth about $1 in the first few years after its launch.

The cryptocurrency's value has then soared in recent years, and hit its highest ever price above $63,000 in April.

Bitcoin's value has fluctuated for a number of reasons, including comments by Tesla founder Elon Musk and a series of crypto crackdowns around the world.

In May, Bitcoin went into freefall after Mr Musk withdrew his support for Bitcoin, citing the harmful effects that comes from mining it.

Last month, Mr Musk then revealed Tesla WILL accept transactions with Bitcoin once it becomes cleaner and greener.

The value of Bitcoin also crashed in May after China announced a further crackdown on cryptocurrencies.

A few weeks ago, the financial regulator in the UK, the Financial Conduct Authority (FCA) then banned crypto exchange Binance.

The value of Bitcoin is highly volatile, as witnessed by its crashing and soaring price since its launch.

A new report of 42 crypto experts by comparison site Finder predicts an average Bitcoin price of $66,284 by the end of 2021.

This is 28% higher than it predicted for the same time back in December 2020, but 30% lower than what it said in April this year.

However, some are more sceptical and John Hawkins, a lecturer at the University of Canberra, predicts a value of $20,000 by the end of 2021.

He added that countries adapting Bitcoin, such as Salvador, could actually have a negative impact on its price.

Laith Khalaf, financial analyst at investment platform AJ Bell, told The Sun: "The difficulty with Bitcoin is that in ten years’ time, it could be worth significantly more than it is now, or nothing at all.

"Its price will depend on whether it achieves widespread acceptance by businesses, consumers and investors, or indeed whether its position is usurped by other cryptocurrencies and it falls by the wayside.

"This is very different to an investment in the stock market for instance, which on a 10-year view will normally provide handsome returns to investors."

While Myron Jobson, personal finance campaigner at Interactive Investor, added: "The fact that Bitcoin has halved in value within the past three months shows that the cryptocurrency is and remains a high risk and notoriously volatile asset.

"Investors should be prepared to lose all their money.

"Whether Bitcoin will come up trumps remains to be seen, but whatever your approach to risk, cryptocurrency should be treated with caution."

A couple lost $20,000 of savings after crypto scammers duped them into handing over their Coinbase account details.

Meanwhile, a Bitcoin fan who died by suicide left behind crypto worth $340,000 on his old laptop – but the family can't access it.

We explain how many Bitcoins there are and how many are left to mine.