The eight foot python was discovered on a farm near woodlands in Troedyrhiw, Merthyr Tydfil. The snake was identified as a reticulated python, the longest snake in the world. Reticulate pythons are one of the few snakes that prey on humans. They are not venomous but constrict their victims and can eat them whole.

It is not known whether the snake escaped or was abandoned. The RSPCA is appealing for information after the snake was handed into the charity’s Merthyr clinic.

RSPCA inspector Dave Milborrow said: “Finding a snake this big out in the open must be a bit of a shock! This isn’t the biggest a python can get, females can grow up to 28ft long so this python is a little one compared to how long they can grow.

“While they are not venomous, they can still bite and constrict. These snakes require expert knowledge to keep them safely. We don’t know if this snake escaped or was abandoned, so we’re keen to find out more – and also get them home if they have escaped.” 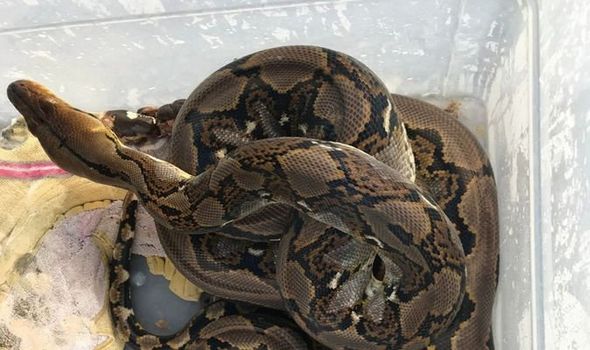 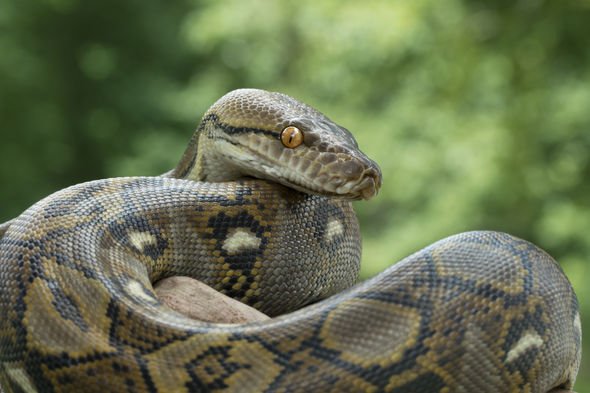 Deliberately abandoning snakes is cruel as they cannot produce their own body heat and if they become too cold they cannot feed, move and their immune system will fail.

Stephanie Jayson, RSPCA senior scientific officer in exotics and wildlife trade, said: “Owners may not realise how large these animals will grow and, sadly, large snakes may be abandoned when their owners realise they cannot provide enough space to care for them properly.

“Most exotic animals kept as pets are unlikely to be able to survive in the wild in Britain and non-native species could pose a serious threat to our native wildlife.” 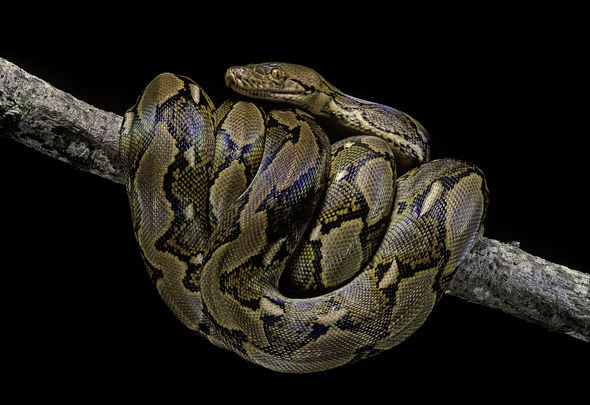 The RSPCA added that snakes would often take the opportunity of a gap in an enclosure door, or a loose-fitting lid to escape, and urged owners to invest in an enclosure suitable and to microchip pets including snakes.

The snake has now been transferred to a specialist keeper where it will be kept if the owner is not found.

John Singleton, ‘Boyz N the Hood’ director, in a coma after suffering stroke