You REALLY shouldn’t have! People reveal the WORST Christmas presents they’ve received from family – from a box containing a dead hamster to a shattered mirror

Buying the perfect gift can be a challenge and these confessions prove that the old adage that it’s the thought that counts does not always ring true.

People from around the world have taken to anonymous sharing app Whisper to reveal the worst Christmas presents they’ve received from family members.

Admitting her disappointment, one woman told how she had shaken a gift from her mother minutes before opening it to discover a dead hamster.

Another individual said their grandfather knowingly gave them a shattered mirror, saying: ‘At least the mirror won’t give you bad luck’.

And an equally brutal grandmother once gave her granddaughter a card saying: ‘Maybe next year you’ll make us proud’. 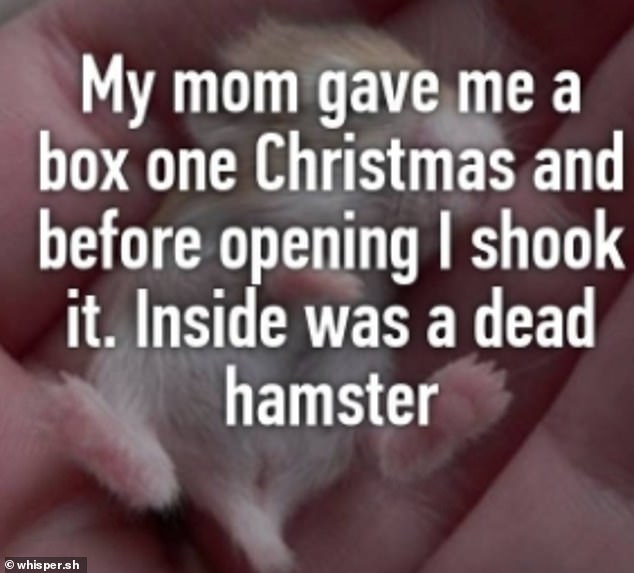 People from around the world took to Whisper to reveal the worst Christmas gifts they’ve received from family, including one person who was given a dead hamster 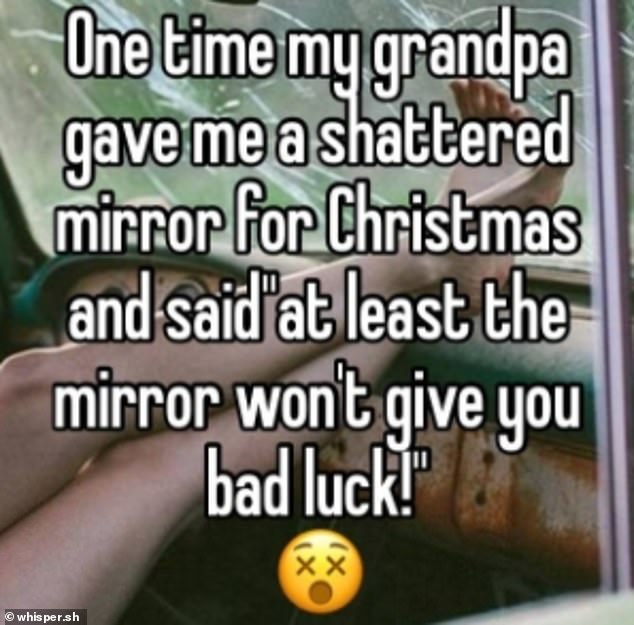 Who doesn’t want a mosaic? A Whisper user who lives in Texas, revealed they’re grandfather gave them a shattered mirror reassuring them they wouldn’t get bad luck 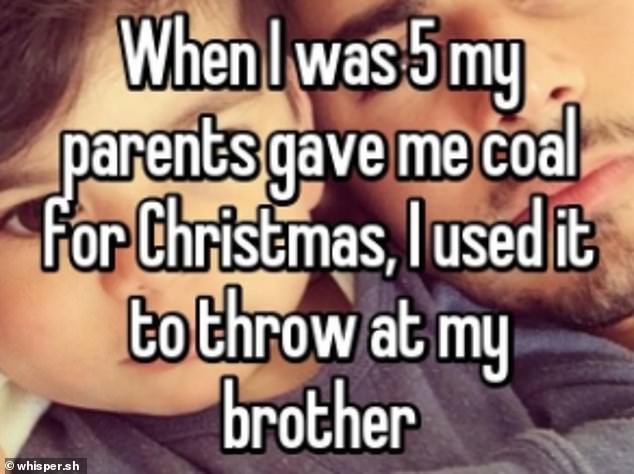 An American man who was given a lump of coal at the age of five, revealed he entertained himself by throwing it at his brother 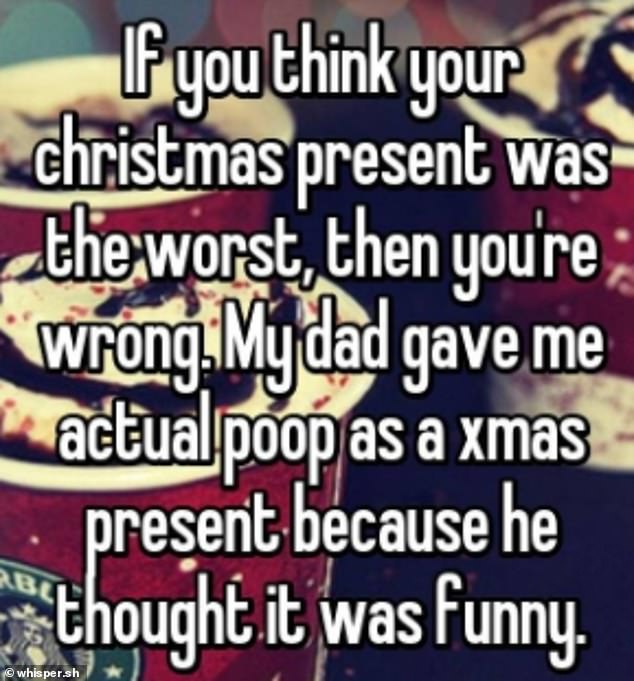 Another individual who lives in the United Arab Emirates, said his father gave him poo because he thought it would be funny 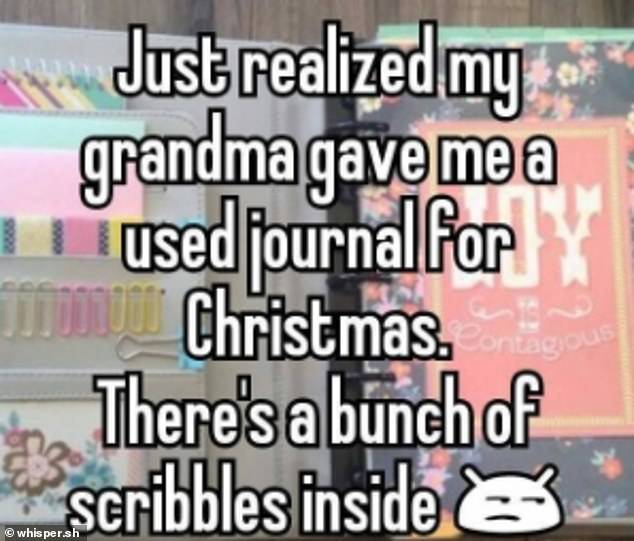 Take note! An American woman revealed her grandmother once gave her a journal already filled with scribbles as a Christmas present 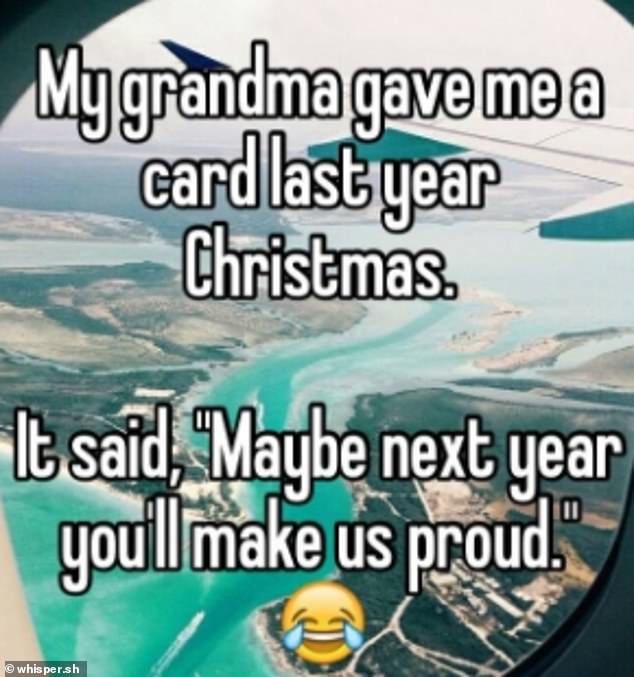 A woman from New York said her grandmother hinted about her lifestyle with a card saying, ‘maybe next year you’ll make us proud’ 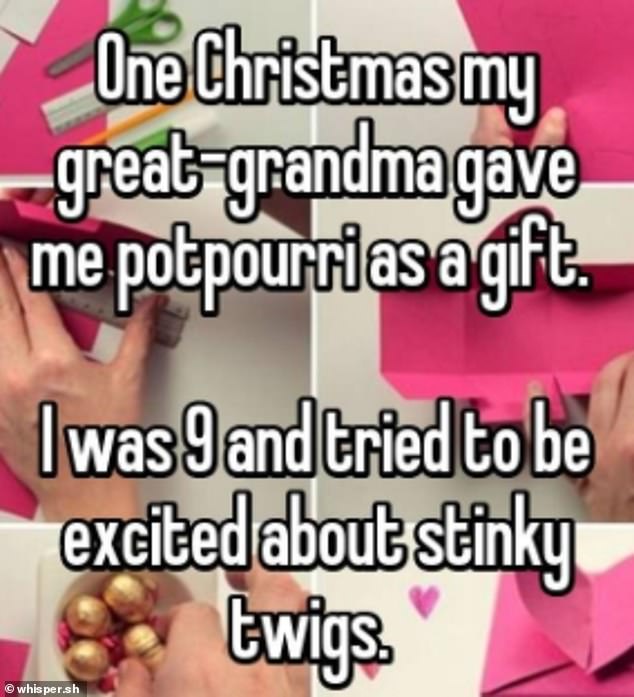 One woman who lives in China, said she had to pretend to be excited about a collection of dried plants gifted by her great-grandmother 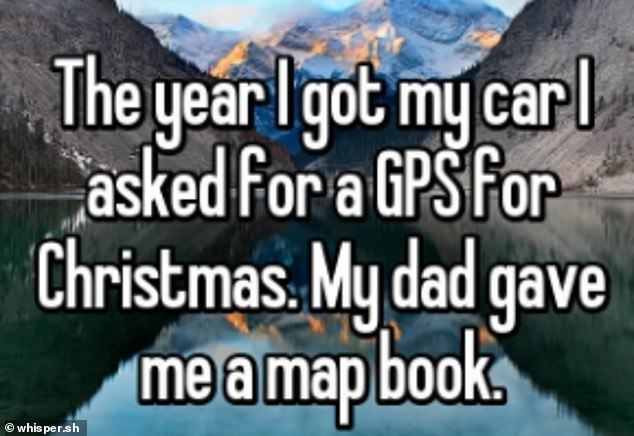 Retro! Another person from America, revealed their father gave them a map book instead of a sat nav 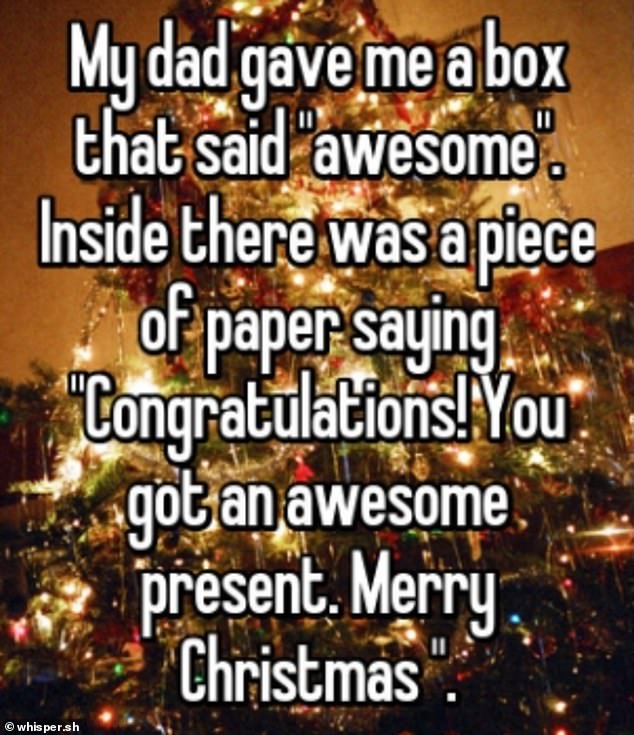 Posting anonymously, one person told how they had received a piece of paper labelled ‘an awesome present’ 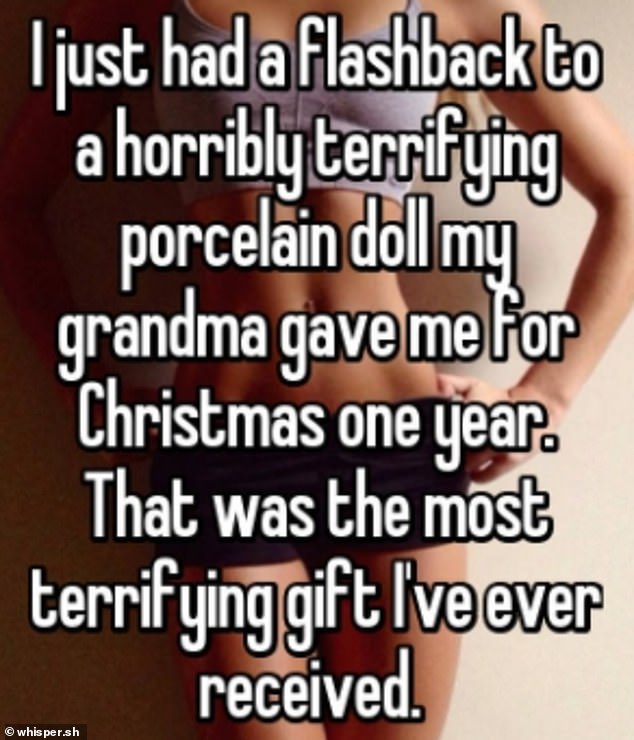 A woman from the U.S.  said the most ‘terrifying gift’ she’s received was a porcelain doll from her grandmother 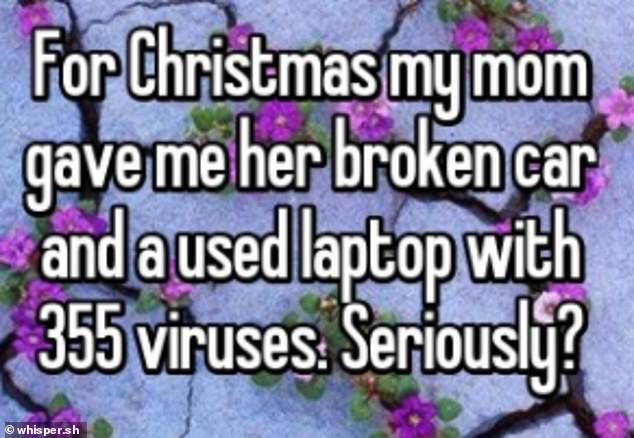 Thrifty! Another person complained that their mother had gifted them her broken car and a laptop filled with viruses 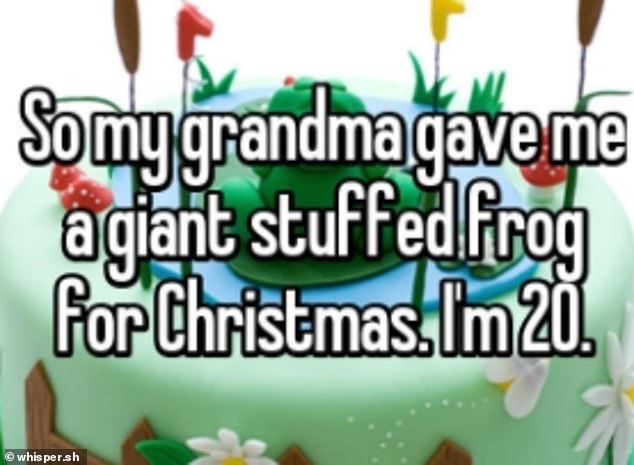 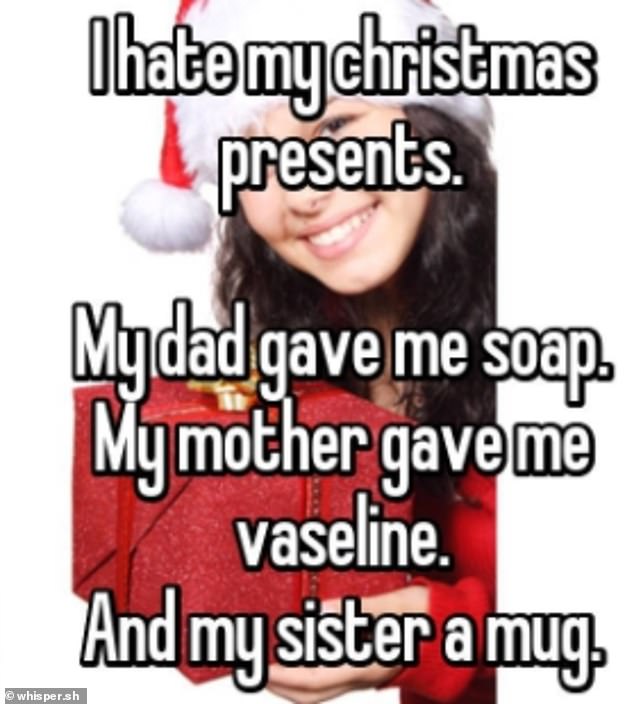 Posting anonymously, another person said they hate Christmas because they received soap, vaseline and a mug