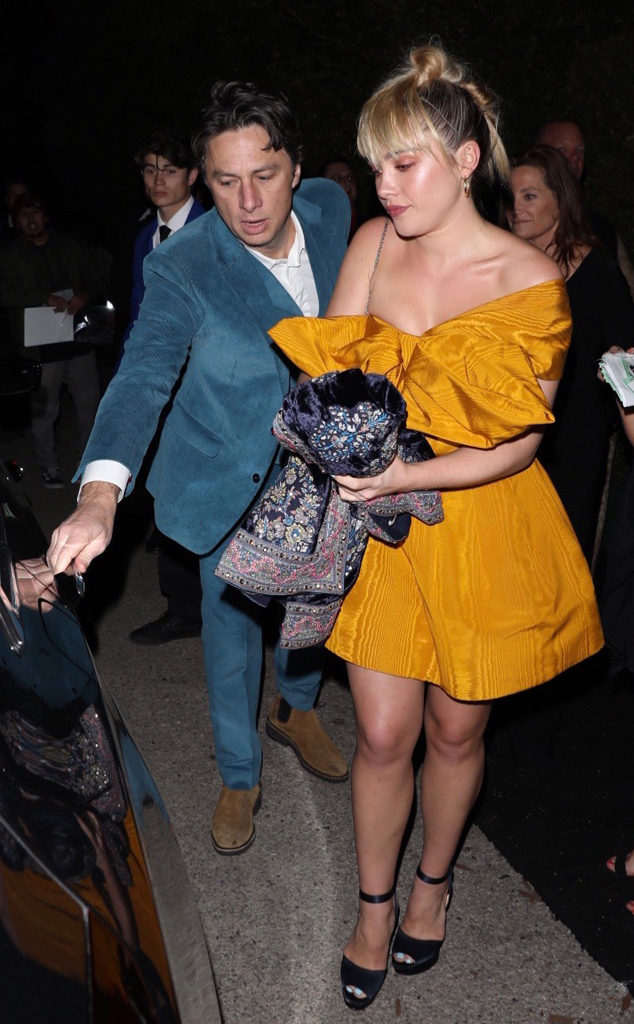 Oscars weekend is in full swing.

It’s the day before the big night at the 2020 Oscars and a bunch of Hollywood A-listers are partying it up before hitting the red carpet on Sunday, Feb. 9.

Clad in a marigold off-shoulder mini dress, Pugh looked radiant waiting for her beau to open the door for her. She paired the beautiful mini dress with black heels and wore her hair in a high ponytail with faux bangs.

The 24-year-old actress has a lot to celebrate this weekend with her first Oscar nomination for Best Support Actress for her performance in Greta Gerwig‘s Little Women.

And her beau Braff has been celebrating with her every step of the way.

Earlier this month when Pugh received the news that she was nominated for an Oscar, the actress celebrated her major career milestone in Los Angeles after she did some Oscars press. The two were pictured kissing as Pugh clutched a bottle of champagne.

The couple also celebrated the morning of the Oscar nominations. Following the early morning reveal, the Little Women actress reacted to her nomination on Instagram by sharing a topless photo of her screaming into her phone.

In an interview with E! News, she shared that she couldn’t help but share the pic—and we don’t blame her. It seemed to perfectly portray how she was feeling in that exact moment.

“You know that thing where you need to turn down the music to think better? It was kinda like I was getting too excited that I needed to take the phone away from my ear, so I put it on speaker and I was just staring at the number ticking by,” Pugh said. “I had to post it, it was just pure joy.” 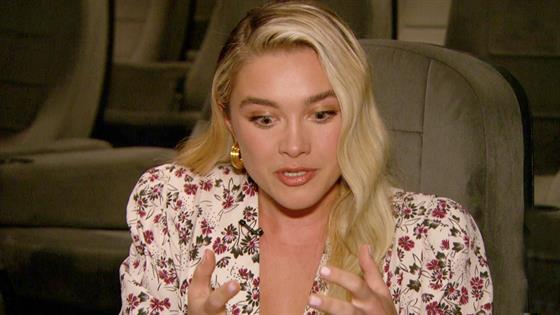