Back in the saddle! Zara Tindall returns to eventing four months after giving birth to her son Lucas as she competes at The Barbury Castle International Horse Trials

Less than four months after the birth of her third child, Zara Tindall has returned to competitive sport.

The mother-of-three, 40, who welcomed son Lucas on March 21st, looked delighted to be back in the saddle with her chestnut-coated horse Class Affair as she competed in the dressage phase at Barbury Castle International Horse Trials today.

Looking confident in a double-breasted navy jacket, a beaming Zara seemed happy to return to the sport she’s spent years competing at the highest level in.

Princess Anne’s daughter, who is married to former rugby player Mike Tindall, 42, has been putting family first in the last year, looking after her two daughters Mia Grace, seven and Lena Elizabeth, three, as well as newborn Lucas. 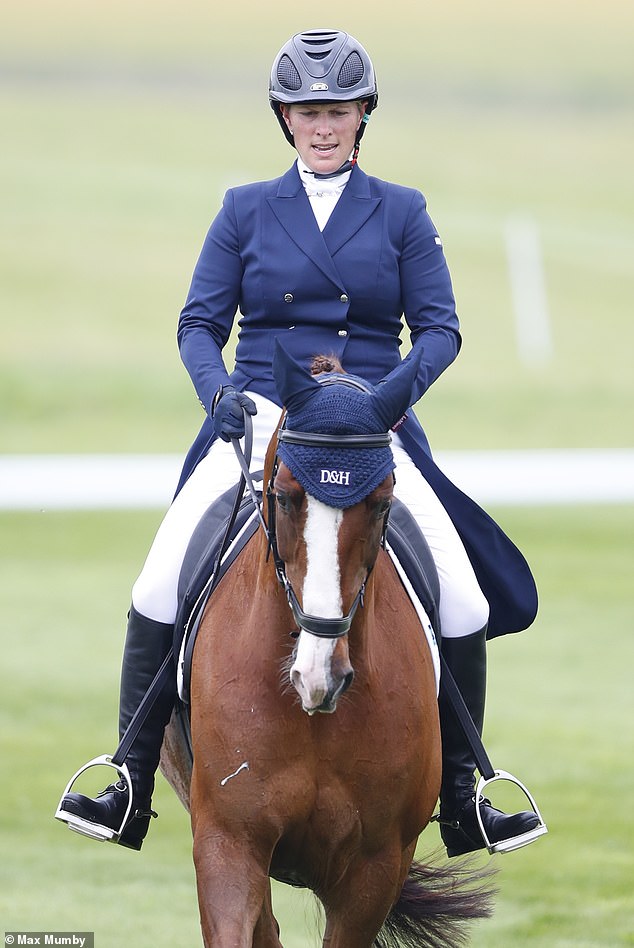 Today marks Zara Tindall’s return to eventing after the 40-year-old mother-of-three gave birth to her son Lucas on March 21st. The royal is competing in the dressage category with her horse Class Affair at Barbury Castle International Horse Trials

The competition, which starts today and will last until Sunday, takes place in Wiltshire, near Malborough.

Zara sported the complete dressage kit including a immaculate white shirt, gloves and riding hat and black leather riding boots as she took part in the competition.

The equestrian star looked in her element at the annual competition where the best riders from around the world compete over four days.

Since the arrival of her third child, Zara has been spotted on low-key family outings.

Yesterday, her and husband Mike enjoyed a date away from the kids as they attended the second week of the Wimbledon competition. 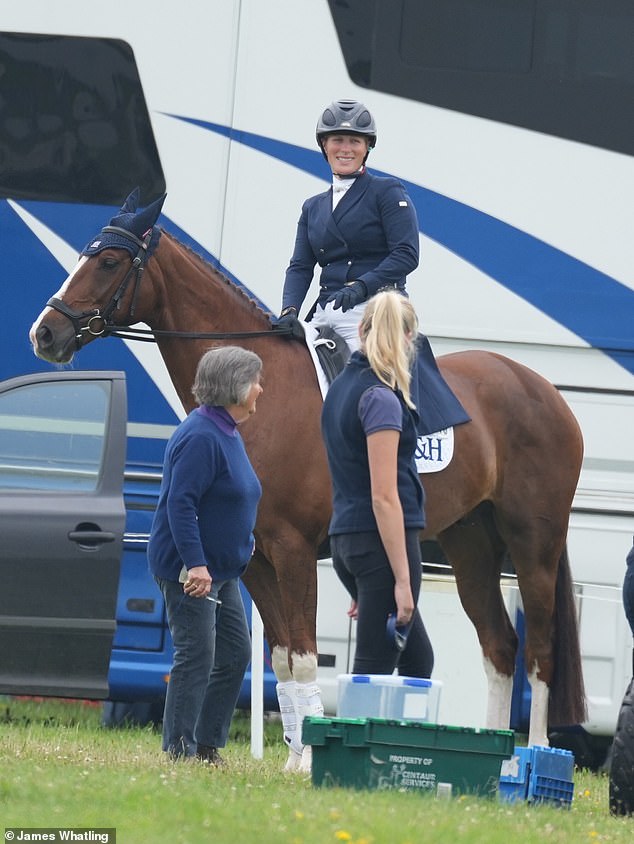 Last year, Zara described how riding for her country is what ‘dreams are made of’ and how she is lucky to have her horses with her in lockdown.

She told a royal special edition of Horse & Hound magazine that she enjoys the pressure of competing.

She said: ‘I love riding for my country; those have been the best experiences of my career, to get your horse to that level is what it’s all about, and what we all strive for,’ she said at the time.

‘I love the big occasion because I love the pressure – sitting on a horse that you know is good enough, you are fully prepared, riding for your country, it’s what your dreams are made of.’ 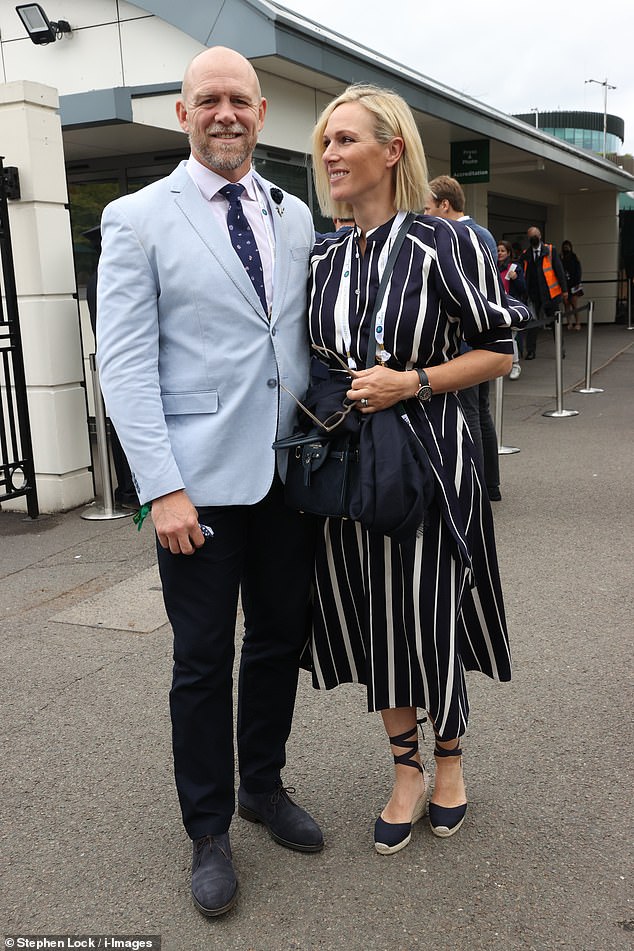 Zara, 40, and Mike Tindall, 42, had a day off from parenting duties as they arrived at the Wimbledon Tennis Championships in London today 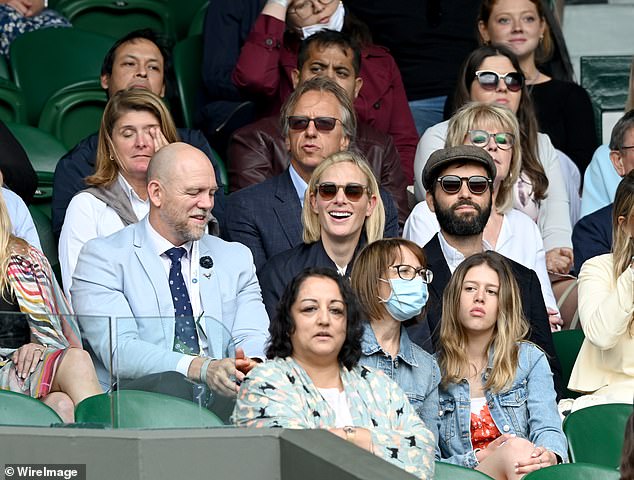 Mike opted for a stylish pale blue blazer which he paired with a crisp white shirt and navy patterned tie. Pictured, with Zara

Zara won a team silver at the London 2012 and was presented with her medal by her mother the Princess Royal.

She was crowned world eventing champion in Germany in 2006 – which led to the British public voting her BBC Sports Personality of the Year.

The royal also spoke of not being able to compete at Badminton Horse Trials last year due to it being cancelled because of the pandemic.

‘Having horses like Class Affair and Watkins to aim at Badminton was exciting and gave everything a focus; now those goals aren’t there, it’s quite weird and you have to deal with the disappointment,’ she said.

But she added that she’s ‘so lucky’ to have been able to spend time with her horses during lockdown, and that it’s been ‘incredibly tough’ for those who haven’t had that luxury.

Who Are Meghan Markle and Prince Harry's Celebrity Neighbors?

Hurry! Grab These Last-Minute Valentine's Day Gifts on Amazon Before It's Too Late