The Women’s World Cup draw is Saturday in France, only a week after New Zealand thumped Fiji to claim the final place in the tournament. That means the United States, one of the tournament favorites; the host, France; and the rest of the 24-team field will find out their opponents in the group stage, and the cities where those games will take place. Here’s a primer before the balls are pulled out of the pots.

When and Where Is the Draw?

The draw is Saturday at the Seine Musicale in Paris (6 p.m. local time, noon Eastern). It will be broadcast live in the United States on Fox Sports 2 and Telemundo.

How Does the Draw Work?

The procedure for the Women’s World Cup mirrors the one for FIFA’s men’s quadrennial championship. In the women’s draw, the 24 teams that have qualified have been grouped into four pots determined by their world ranking.

Each group at the World Cup will consist of four teams, one from each pot. The United States is in Pot 1 with the other top teams. With the exception of Europe, which has the most teams in the field, countries from the same confederation cannot be placed in the same first-round group.

Who Could the United States Play?

At this point, it’s easier to determine the teams they can not face in the group stage. For example, they can’t face any of the other top teams — France, Germany, England, Australia and Canada — who have joined them in Pot 1, and they can’t face the other team from their region, Jamaica. That still leaves a wide range of possible opponents, from second-tier contenders like the Netherlands and Brazil to newcomers like Chile and South Africa.

When Is the Tournament?

France will host the opening match on June 7 in Paris. The final is July 7 in Lyon.

Who Are the Top Contenders?

Host France and the Olympic champion, Germany, are the main threats to the United States, but elite women’s soccer gets more democratized every year. England, the third-place finisher in 2015, is back, but it’s the Netherlands that arrives as the reigning European champion. Japan, the last World Cup runner-up, has — in Australia — a serious challenger to its supremacy in Asia.

Look out for Spain, 8-0 in its qualification group, and Australia, which — led by the frequently underappreciated scorer Sam Kerr — finished ahead of Brazil and Japan and nearly topped the United States last summer in the U.S. Soccer’s invitation-only Tournament of Nations. 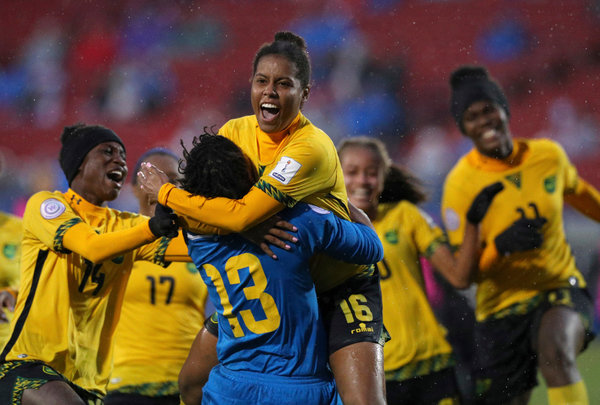 Are There New Teams This Year?

Yes, four of them. Chile finished second behind Brazil in South American qualifying, claiming its first World Cup bid, and Jamaica grabbed a Concacaf spot that many thought would go to Mexico. Scotland beat out Switzerland in its European qualifying group. And South Africa took second to Nigeria in the African championship.

North Korea, ranked 14th in the world, will miss out after being eliminated by South Korea on a tiebreaker. But they are a rare exception. Every Women’s World Cup and Olympic women’s soccer medalist in history is in the event.

Who Are the Players to Watch?

Most of the world’s top players are expected to be on hand, including American stalwarts like Megan Rapinoe, Alex Morgan and Lindsey Horan. But dominant players like midfielder Dzsenifer Marozsán of Germany; the ageless Marta of Brazil; Kerr, Australia’s goal machine; defender Lucy Bronze of England; and UEFA Women’s Champions League winner Eugenie Le Sommer of France also will play.

But the top two finishers in the balloting for the first women’s Ballon d’Or will not be there. Ada Hegerberg, the winner for her exploits with her club, Olympique Lyon, has chosen not to play for Norway. And Pernille Harder’s Denmark did not make the cut.