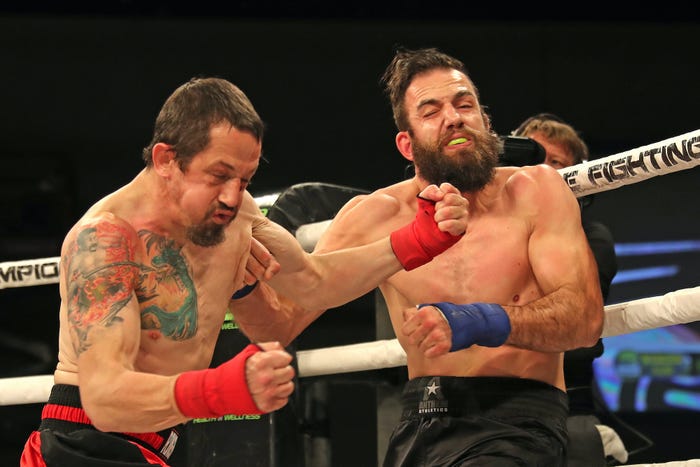 A 26-year-old American called Francesco Ricchi is in a medically-induced coma because of an apparent throat punch from a recent bare-knuckle boxing match.

The bout took place at the Bare Knuckle Fighting Championship 14 event in Miami on November 13.

Noah Cutter lost in the third round to Ricchi, but said on social media that he had learned his opponent had been taken to the hospital.

"I've been informed he's in the hospital in a medically induced coma due to bleeding in his lungs from a hematoma in his trachea due to a throat punch during the fight."

Cutter said it was "obviously accidental," adding: "We come out here to hurt each other but I never want to see this for an opponent. Prayers from my family. Heal up."

"First and foremost our thoughts are with Francesco and his family at this time as we pray for a quick and full recovery," Feldman said.

"The injury did not deter Francesco from a victorious result on Friday night but complications during the surgery at the hospital have resulted in a greater issue to his health."

BKFC is a young combat sports company, but has made big strides through the years.

It was dubbed "the bloodiest show in town" by Insider in 2019, has held an event featuring Paulie Malignaggi and Artem Lobov, and, this past weekend, created headlines for a three-second knockout, the fastest KO in the company's three-year history.