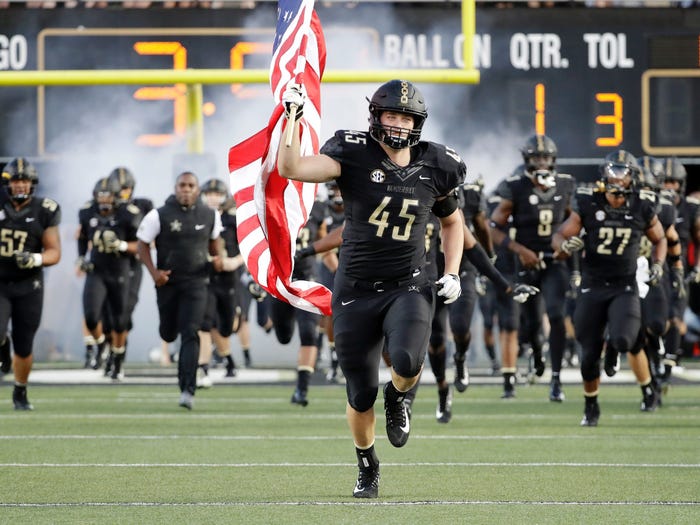 Vanderbilt football is on the cusp of making history.

With many of head coach Derek Mason kicking specialists in quarantine, thanks to COVID-19 protocols and his back against the wall, he may take the unprecedented step of tapping a soccer player as the Commodores' placekicker — and a women's soccer player, at that.

In an interview with 102.5 The Game in Nashville on Wednesday, coach Derek Mason said that Sarah Fuller, a senior goalkeeper for Vanderbilt's women's soccer team, "is an option" to suit up for the Commodores on Saturday. Should the starting netminder take a snap for Mason's squad, she'll make history as the first woman ever to participate in a Power 5 football game.

"Right now, we're just looking at all options," Mason said on ESPN 102.5 The Game. "For us, talking to Sarah, she's a champ, and no pun intended. Just coming off an SEC Championship in soccer… She's a complete competitor. She's an option for us. Right now, that's where we sit."

Fuller practiced with the team this week, which was first reported by the Vanderbilt Hustler. The Wylie, Texas, native did not take any kicks despite wearing full pads and a uniform. But according to the Hustler's sources, Fuller partook in walkthroughs with the coaching staff.

The Commodores are set to face the Missouri Tigers on Saturday, but it remains unclear whether Fuller is slated to hit the gridiron or travel with the team.