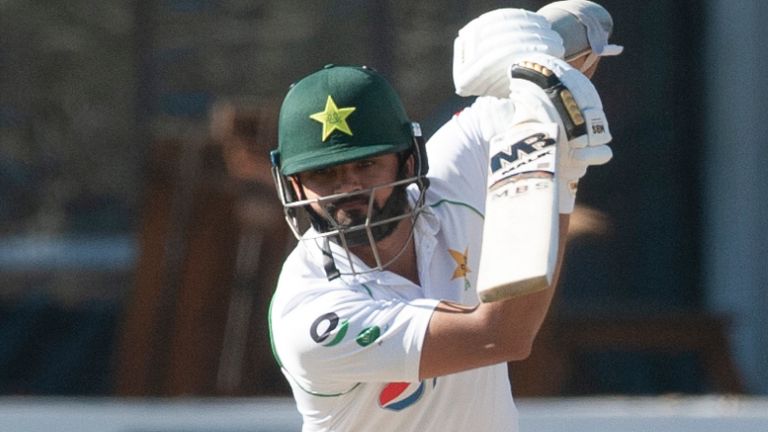 Abid Ali and Azhar Ali both struck centuries as Pakistan dominated with the bat on the opening day of the second Test against Zimbabwe, closing on 268-4 in Harare.

Abid, who finished the day still unbeaten on 118, shared in a 236-run stand for the second wicket with Azhar, though the fall of the latter for 126 did prompt a late wobble as Blessing Muzarabani (3-41) claimed three wickets inside the final eight overs of the day.

Pakistan, who lead 1-0 in the two-match series, opted to bat first after winning the toss but lost Imran Butt (2) cheaply in the eighth over. bounced out by Richard Ngarava (1-35).

The tourists dominated proceedings thereafter, with Azhar notching an 18th Test century and Abid bringing up a third. However, Azhar’s wicket, edging an attempted drive to gully, triggered a mini collapse of three wickets for 16 runs as Muzarabani got the second new ball to talk late in the day.

Pakistan captain Babar Azam (2) fell to a fuller ball in near identical fashion to Azhar, while Fawad Alam (5) deflected a shorter delivery back onto his stumps.

Abid survived safely through to stumps, though, and will look to build on his hundred on day two.