TONIGHT will not be Anthony Joshua’s first big night out in Tottenham.

It is just that this time, the heavyweight champion of the world will not be swigging cheap cider, alcopops and cognac on his way to the venue. 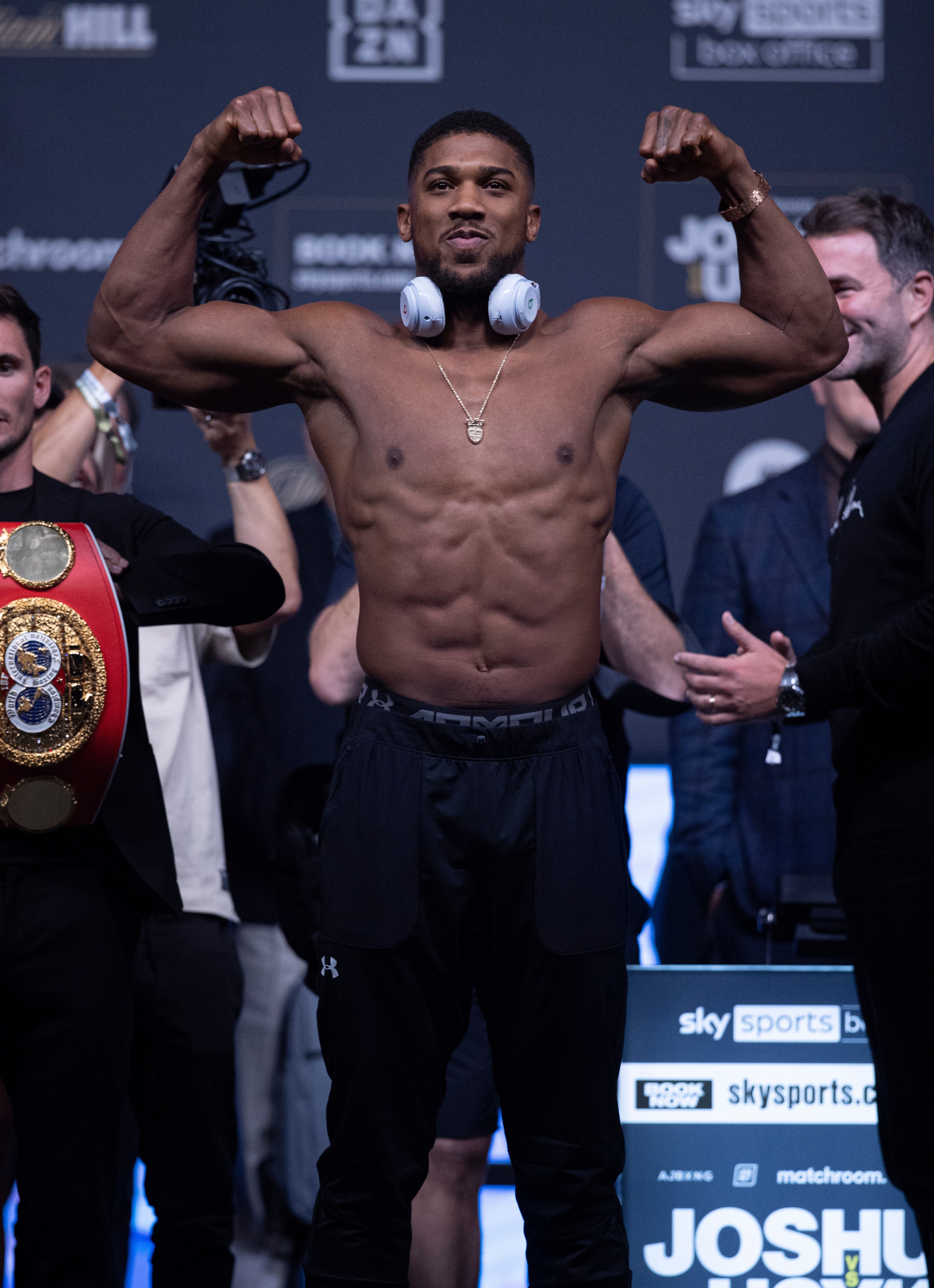 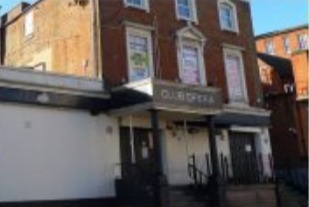 Before he landed gold at the 2012 London Olympics, Joshua and a group of fellow amateur boxers were regulars at the Opera House nightclub, a mile down the road from White Hart Lane, where he defends his world titles tonight.

This fight, in front of a 68,000  sell-out crowd, against former undisputed world cruiserweight champion Oleksandr Usyk, is Joshua’s homecoming — his first contest in front of a packed house on British soil for three years.

But despite his worldwide profile, his £60million fortune and the WBA, IBF and WBO bling around his waist, Joshua is convincing when he talks about his distaste for fame.

And when asked about going clubbing in Tottenham with his old mates, his face breaks into a warm smile and the memories flood back.

“So one of the coaches was a bouncer — and when you go somewhere, you need to know you’re going to get in.

“We would train Monday, Wednesday and Friday and we would all go out on the weekend. 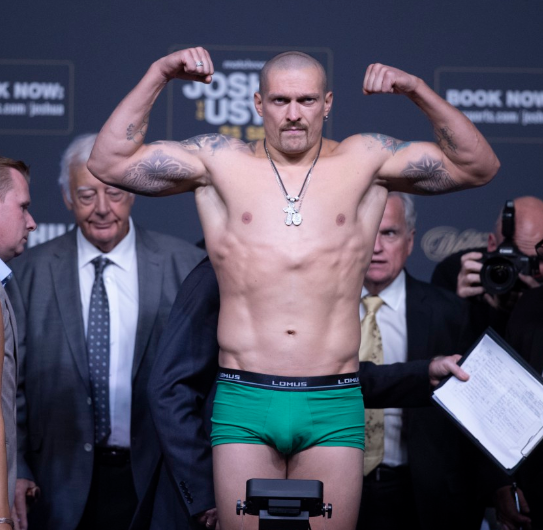 "It was serious but it’s not that serious, it was only amateur boxing. We would still go out and have a few drinks.

“We were all boxers, so you can’t really fight us (in a nightclub). There were ten of us going out.

“We would get in and if we’d get into a fight, the bouncer is going to sling the others out anyway — and then he is going to tell us where they are!

“He would say, ‘They’re round the corner, there’s one of them walking down there’.

"We were always on top. So, yeah, Opera House, due to the fact we knew a bouncer there. They were fun days.

“I’d drink Courvoisier, Mad Dog 20/20 and cider, that two quid drink, and I’d drink that in the car. I was in the passenger seat. Then I would stand in the queue, ‘Yeah, I’m all right bouncer’.

“That’s when boxing was getting me on the straight and narrow.

I’m still on the streets. When I don’t box in camp, I’m on my estate so people still respect me.

“I’m sure a few people remember the days when I was out and about in Tottenham. I’m still about. I’m not about like that (clubbing), but I am still about.

“I’m still on the streets. When I don’t box in camp, I’m on my estate so people still respect me. I wasn’t ever like a pussy.

“I can stand on a corner like I’m a normal person. So it’s not like I’m some celebrity superstar going, ‘Oh my God, stay away, I’m not used to all this’.”

Joshua, from Watford, still has a WhatsApp group with his fellow boxers and nightclubbers — now working as personal trainers, bodyguards,  gardeners and electricians.

He said: “The bouncer actually passed away, the guy that worked at the gym. His name was Colin Webster, he passed away due to Covid unfortunately.

“I’ve given a bunch of tickets to Sean, who’s still working at the amateur club now, and he can distribute them amongst the boys, some of the amateurs.”

At 31, Joshua is dedicated to his noble art but uneasy with the hot air surrounding it. 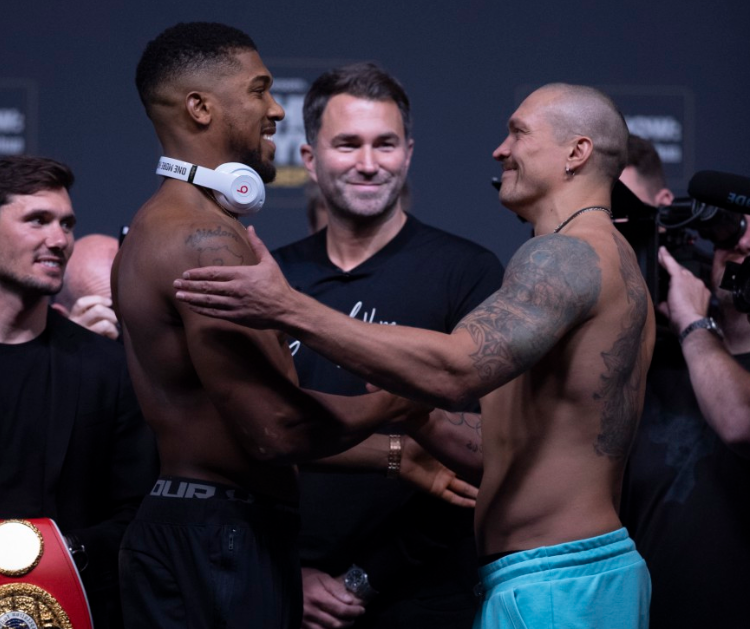 He said: “I’m actually looking  forward to getting back to training next week, because when I’m in  training I feel like I’m in that spiritual realm — Zen-like, you know what I mean?

“I’m fit, I’m healthy, I’m looking after my body. When you’re training and you’re not under pressure, it’s a nice thing to do.

“Everyone trains. I see people go running on the street, people do marathons, triathlons. For me, I just happen to go to the gym, hit the heavy bag.

He even describes the solitude of the first Covid lockdown as “the best time of my life”.

Joshua said: “I was living a certain life, then I found boxing and my whole world flipped on its head so quickly.

The scale of this just shows where boxing is and the potential it has.

"Then during Covid, I got to poke my head back out and be like, ‘Ah, back to normal again’.

“So I was out on motorbikes, scooters, it was just a blessing to have that free time. The sun was shining in the garden, it was just nice being normal, as much as possible.”

So while Joshua is adamant that he wants to fight Tyson Fury for the undisputed world crown, it is clear he would not relish the hype around it as much as the gobby Gypsy King.

Joshua had been in training for a potential Fury fight before a US court ordered the WBC champion to complete his trilogy with Deontay Wilder, a contest which will take place in Las Vegas on October 9.

And while Fury loves to goad and trash talk on social media, Joshua finds it all a bore.

He said: “I like talking to you guys (the media), then when I go and see the quotes that you put out, I think, ‘Oh, why did I say that?’.

“I don’t mind talking about Fury but it’s the little snippets that you get — like ‘Joshua says he’ll knock out Fury’. Well, I’m not gonna say he’ll knock me out.

“But we will sell out a stadium when he comes back here.”

After gazing around Tottenham’s “phenomenal” new home and declaring himself “buzzing” in anticipation of the fight-night atmosphere, Joshua hits out at the lack of funding for amateur boxing during the pandemic.

He declared: “The scale of this just shows where boxing is and the potential it has.

“It has massive potential but it needs stars to keep coming through, we need to invest in the amateur code.

“When there was no funding for amateur clubs during the pandemic, we had to put some funds up to help keep the lights on in boxing gyms.

“The two heavyweight champions of the world are from here, one Manchester and one London. We come from amateur gyms and are ruling the world of boxing and we don’t get a look-in.”

He does not forget his roots, this man, be it the gym or the nightclub.