Joshua will defend his world titles once more later this month

Anthony Joshua was eyeing an undisputed fight against Tyson Fury in the summer as he looked to finally get his hands on the WBC title, the only one which has eluded him so far in professional career.

But when an arbitrator ruled that Fury had to fight Deontay Wilder for a third time, Joshua had to make the decision whether to accept a clash with WBO mandatory Oleksandr Usyk or risk having his belt stripped.

And the 31-year-old, who has defended his titles eight times across two reigns since winning the IBF belt against Charles Martin in 2016, was never going to back down from a challenge.

Olympic gold medallist Usyk has been biding his time in the heavyweight division since moving up from cruiserweight after becoming undisputed champion. He has fought just twice in nearly three years but now finally gets his opportunity.

Here is what you need to know about the huge fight. 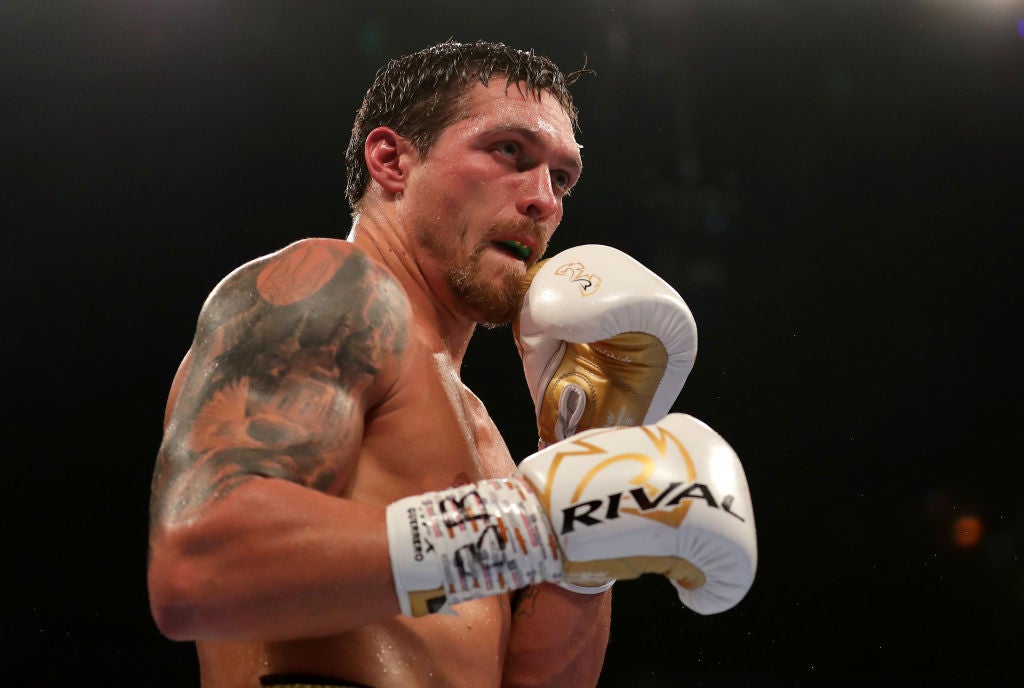 Usyk is looking to become a two-weight world champion

When is the fight?

The fight will take place on September 25, two weeks before Joshua’s heavyweight rival Fury does battle with Wilder in Las Vegas.

Joshua’s last fight came in December last year against Kubrat Pulev, while Usyk’s last contest was in October 2020 when he defeated Dereck Chisora.

Where will the fight be?

The fight is set to be held at the Tottenham Hotspur Stadium in front of more than 60,000 fans in London.

Joshua has fought in an array of different venues in the UK such as Wembley Stadium, the Principality Stadium and The 02, but this will be his first time competing at Spurs’ ground.

What belts are on the line?

The IBF, WBA and WBO belts will all be on the line – three of the four straps that are widely recognised as the main world titles in boxing.

The IBO title will also be up for grabs, although this is not given the same prestige as the others or Fury’s WBC belt.

Joshua has hinted that he may be looking to go the distance in this fight as he looks to match the engine, speed and skill of Usyk.

The champion told Sky Sports: “I’m looking trim for this fight. I’m fighting a guy who is a 12-round fighter. So it would be silly of me to go in there bulky with my muscles screaming for oxygen.

“I do look at my weight but I’m not trying to make weight because I’m a heavyweight. I’ve learned how to condition my body for specific fights.

“I’ve been training like a 15-round fighter in this camp. I will be well-conditioned to fight. That is key.

“What happens when I train that way? My body adapts and takes its natural form. This is the form it has taken.”

Who is going to win?