BRAVE jockeys know they risk life and limb every time they race.

It is one of the reasons they are admired the world over for their incredible ability to withstand pain. 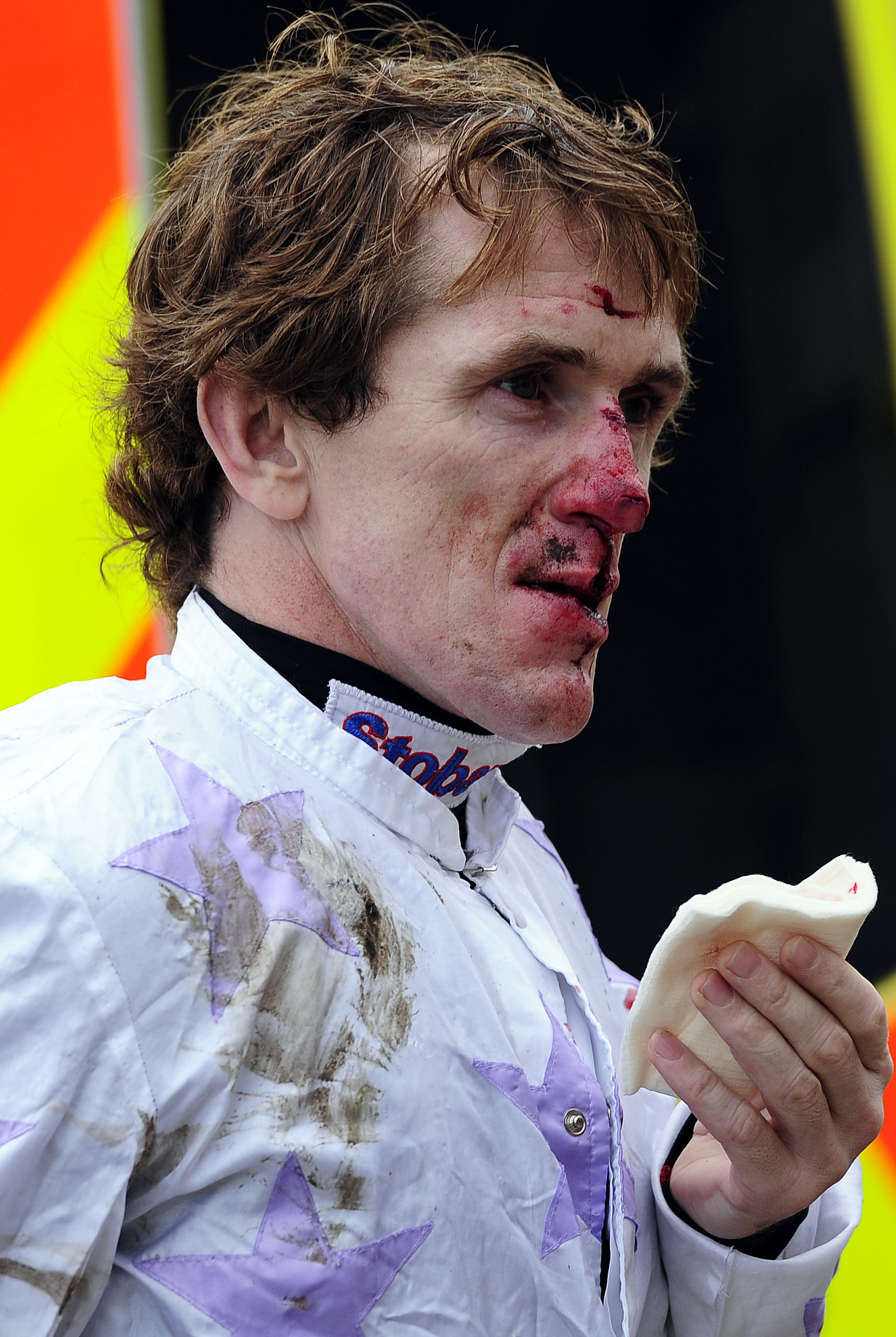 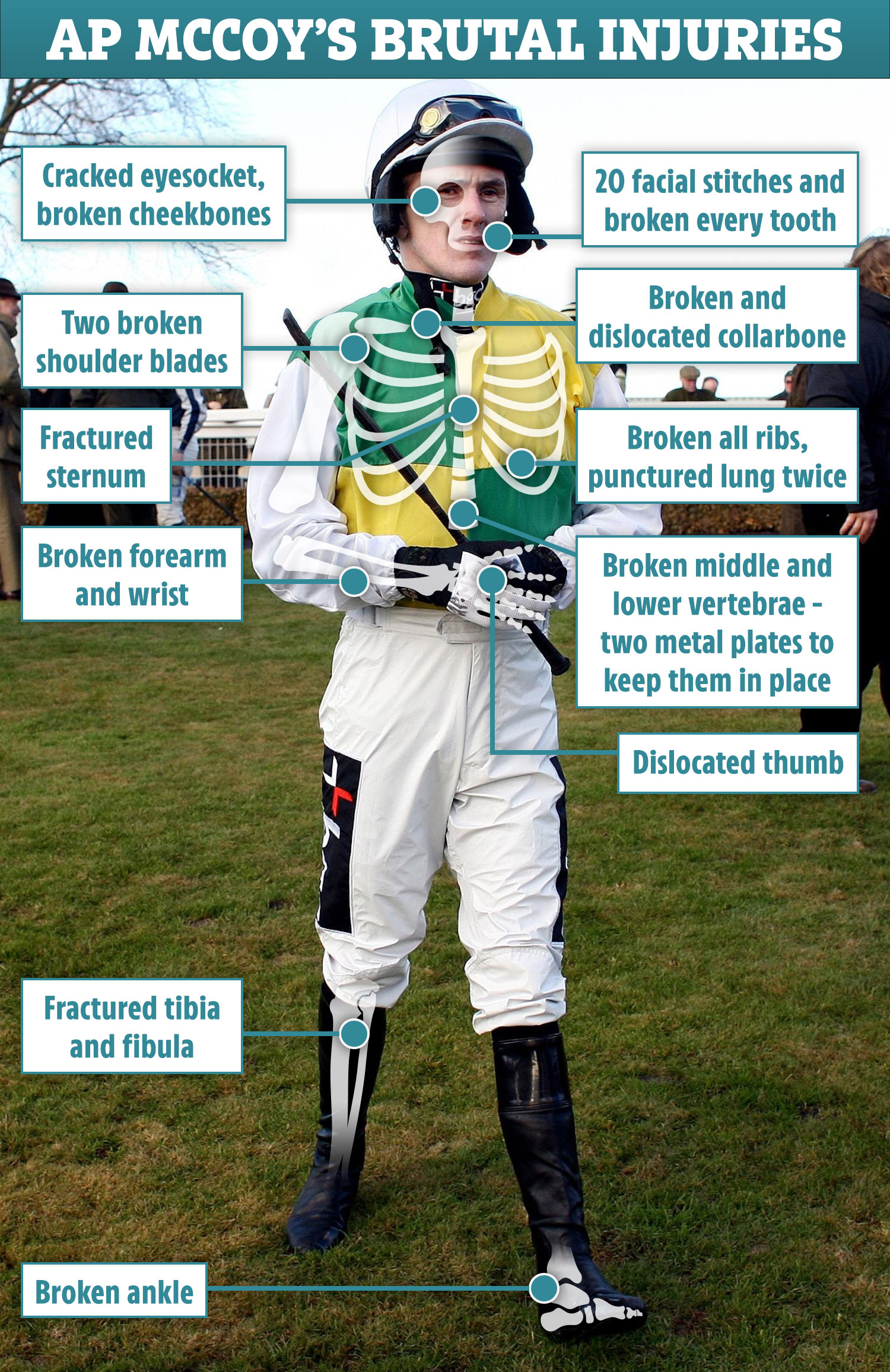 And perhaps no jockey has ever embodied that better than the legendary AP McCoy.

Puncturing your lung twice, breaking ALL your teeth and cracking 'all' your ribs will certainly do that to you.

But arguably even more amazing than the knocks was the iconic sportsman's almost maniacal ability to get up and carry on going.

No wonder McCoy once described racing and winning as his 'drug'.

The graphic above reveals the full extent of the injuries McCoy suffered throughout his career.

Starting from the ground up, there is the broken ankle from 1993.

The fractured tibia and fibula from the same year. The broken thumb suffered at Folkestone in 2004. 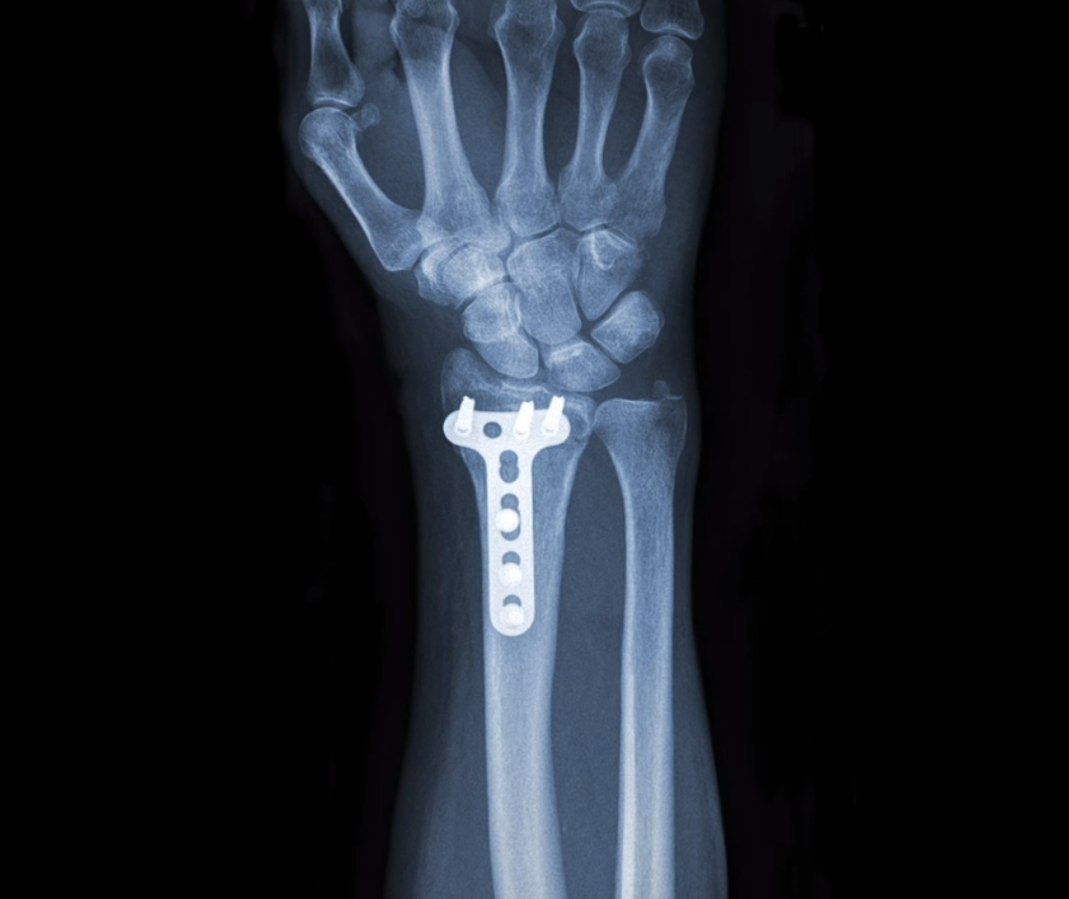 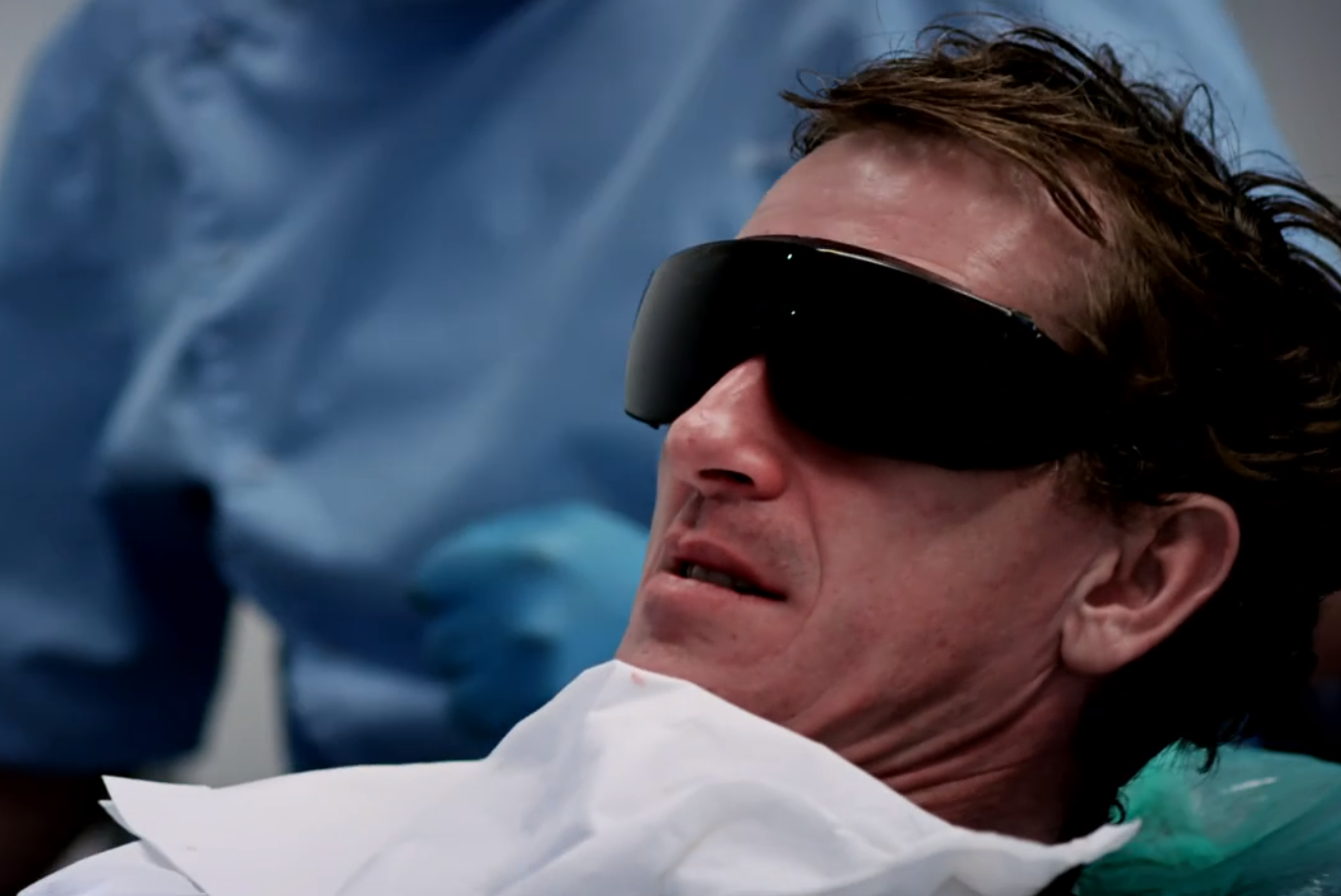 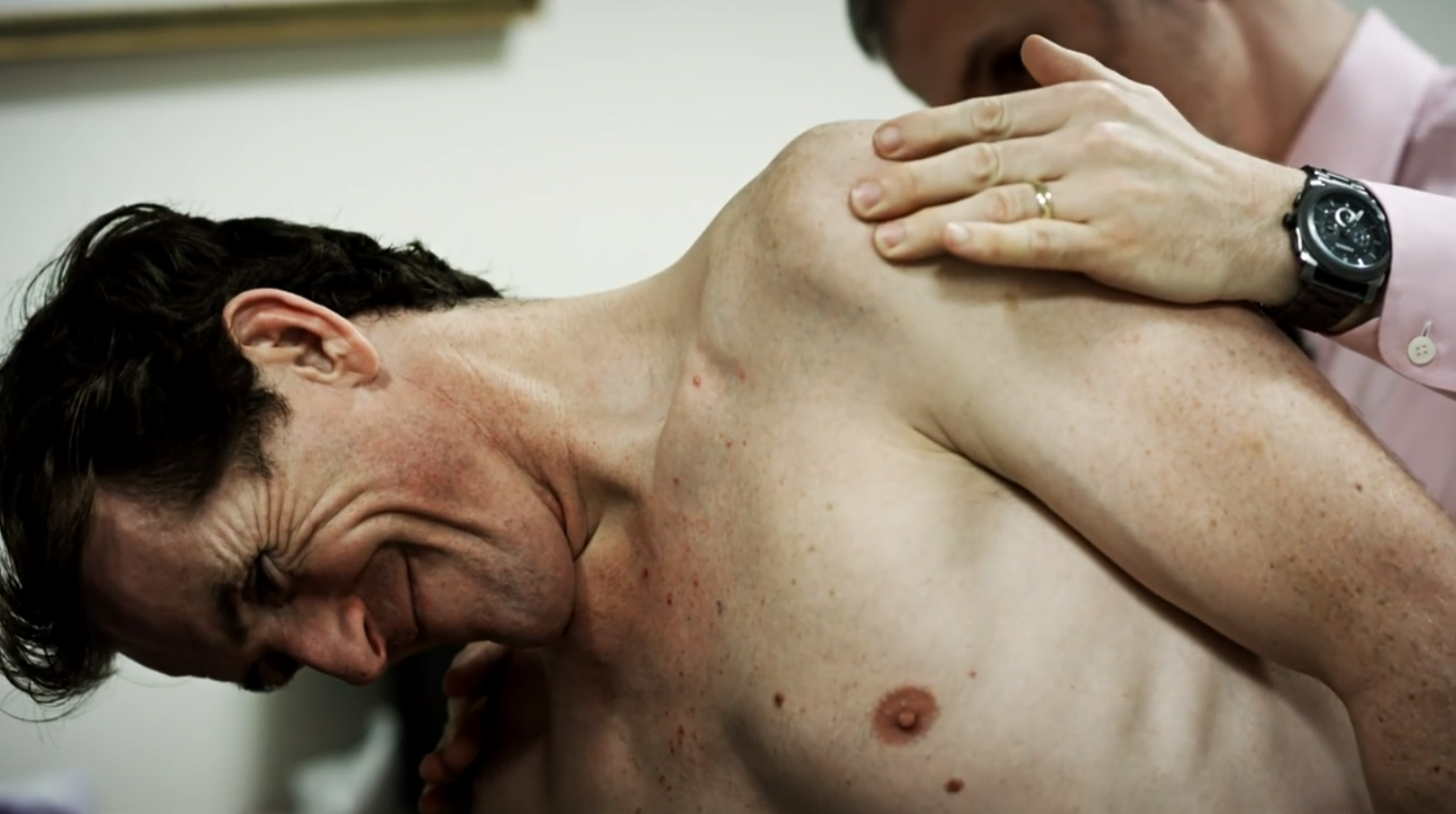 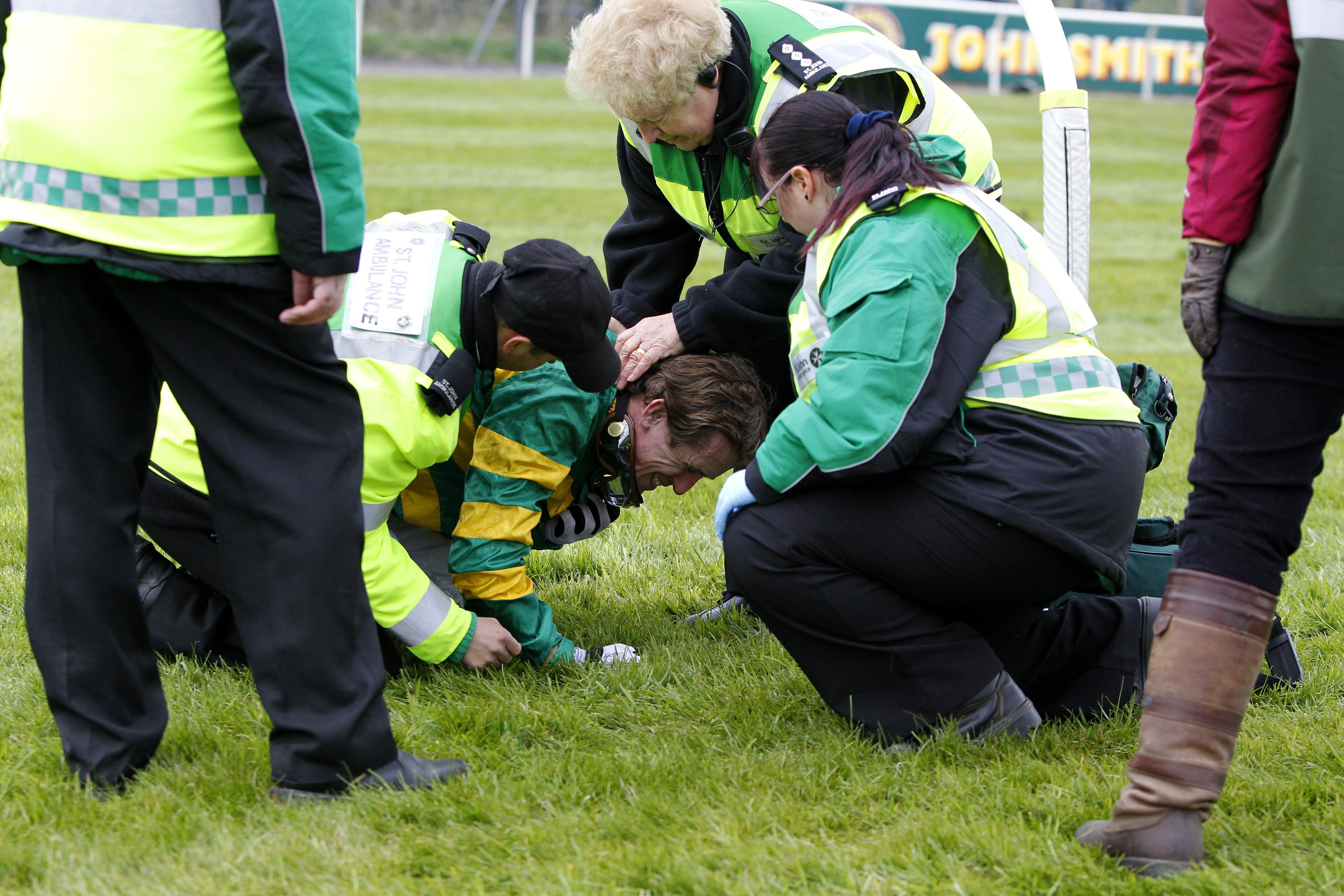 The broken forearm came at Worcester in 2003, before a shattered wrist at Galway in 2006.

Cracked ribs came in quick succession in April 2013 and October 2014.

Go back to 2008 and Warwick for the broken vertabrae.

Then forward to 2013 again for the first time he punctured his lung.

The second time he punctured it came in October 2014 at Worcester.

Are you wincing yet? Well, keep going.

In the same month he punctured his lung for a second time he dislocated his collarbone having previously broken it twice.

Which fall hurt the most?

McCoy said his fall at Worcester that year was the most painful because it meant he would not reach his target of riding 300 winners in a season.

He said: "After the fall at Worcester, at the time I was the only one who knew what I was dealing with. I had a punctured lung, I dislocated a collarbone, I had broken two ribs.

"I went back riding after three days and managed to break the same collarbone I'd dislocated.

"I had the aspiration of riding 300 winners at that time and I knew if I wanted to do that then I had to carry on. I couldn't afford the days off but in the end I had to face up to it.

"Those three weeks I had off were probably, emotionally, the toughest in my racing career." 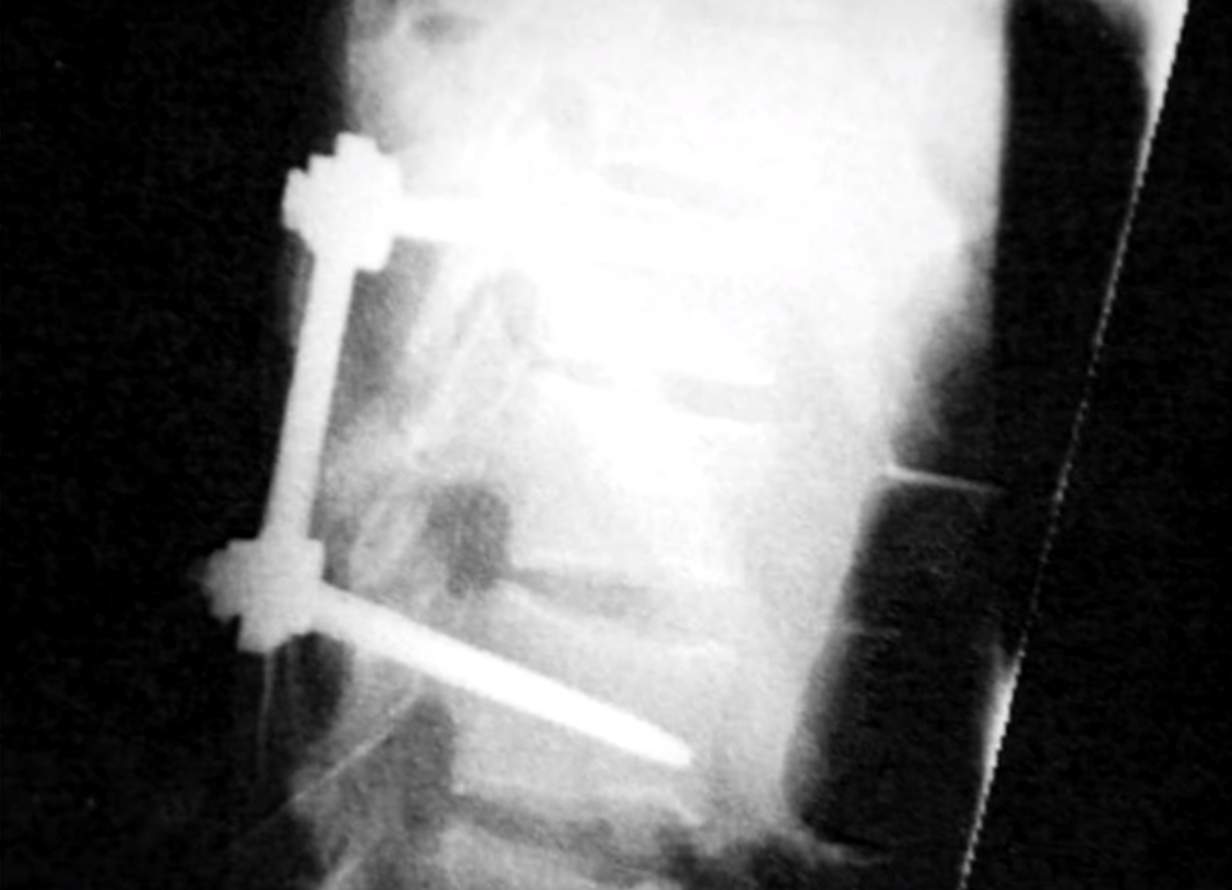 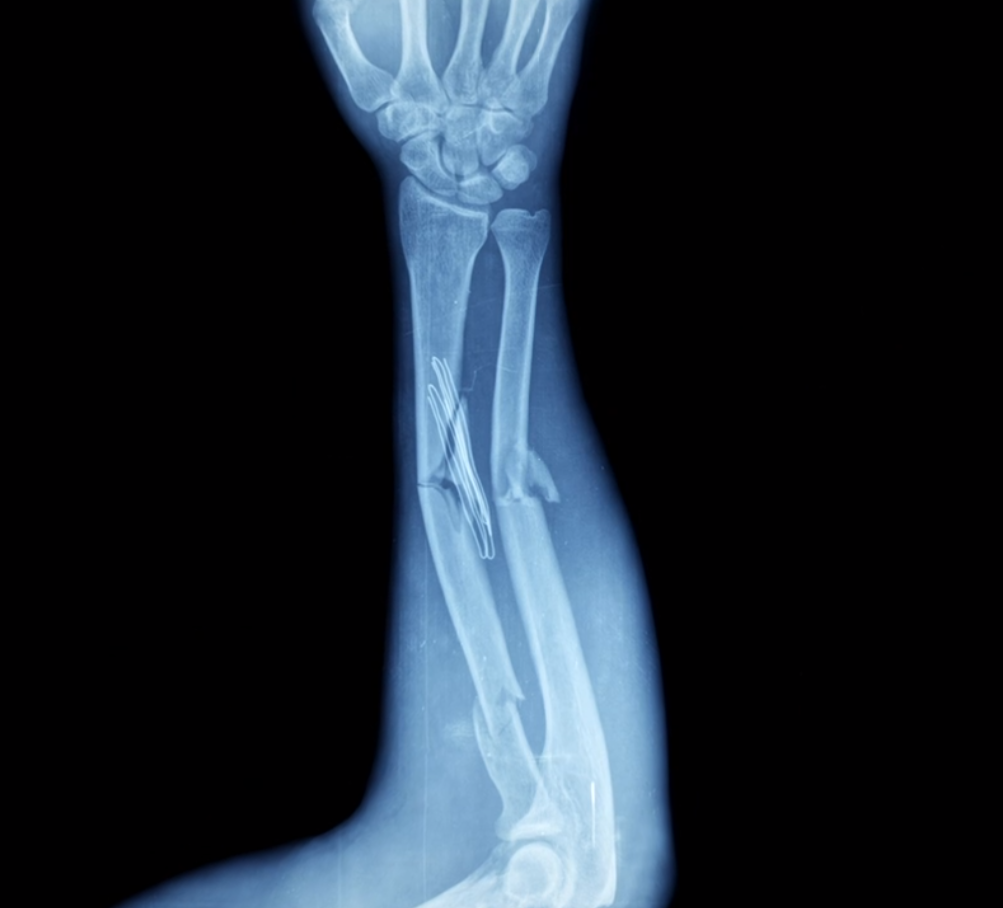 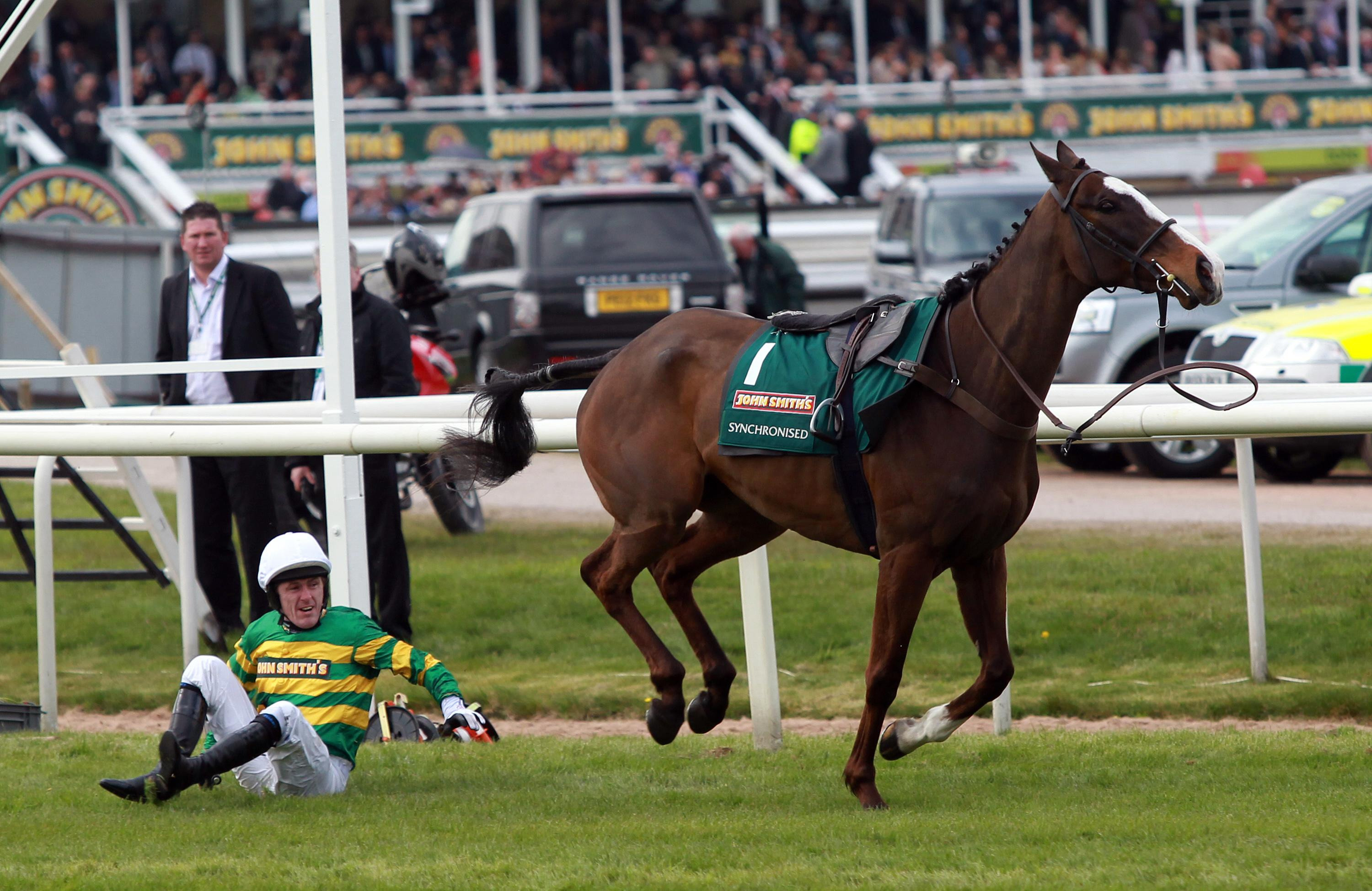 Both shoulder blades were shot to bits during a January 1997 fall at Wincanton.

In November 2012 he needed 20 facial stitches and his teeth repaired after being kicked in the face by a horse.

And then there were the broken cheekbones suffered at Plumpton in 2005.

McCoy reckons he has fallen off a horse more than 1,000 times.

That was once calculated to be the equivalent of falling from the world's tallest building, the Burj Khalifa, twice.

McCoy told the Guardian in 2015 – the year he retired – how the constant knocks had not only affected him but his loved ones too.

He said: "I've broken my ankle, my leg, my arm, my wrist, my lower vertabrae, my middle vertabrae, all my ribs, punctured my lung loads of times, fractured my sternum, broken my collarbones, shoulder blades, cheekbones.

"All my teeth have been broken.

"So for my mum and dad, especially, and [wife] Chanelle, it's just as well I'm stopping.

"My mum and dad are in their seventies. My dad has been obsessed with racing a very long time – and he got me into it.

"But in the last year or two he's not enjoyed it as much – because of his concern for me.

"So at least he will be able to live his life a little happier."

It goes without saying that the risk to jockeys has in no way diminished since AP's retirement. 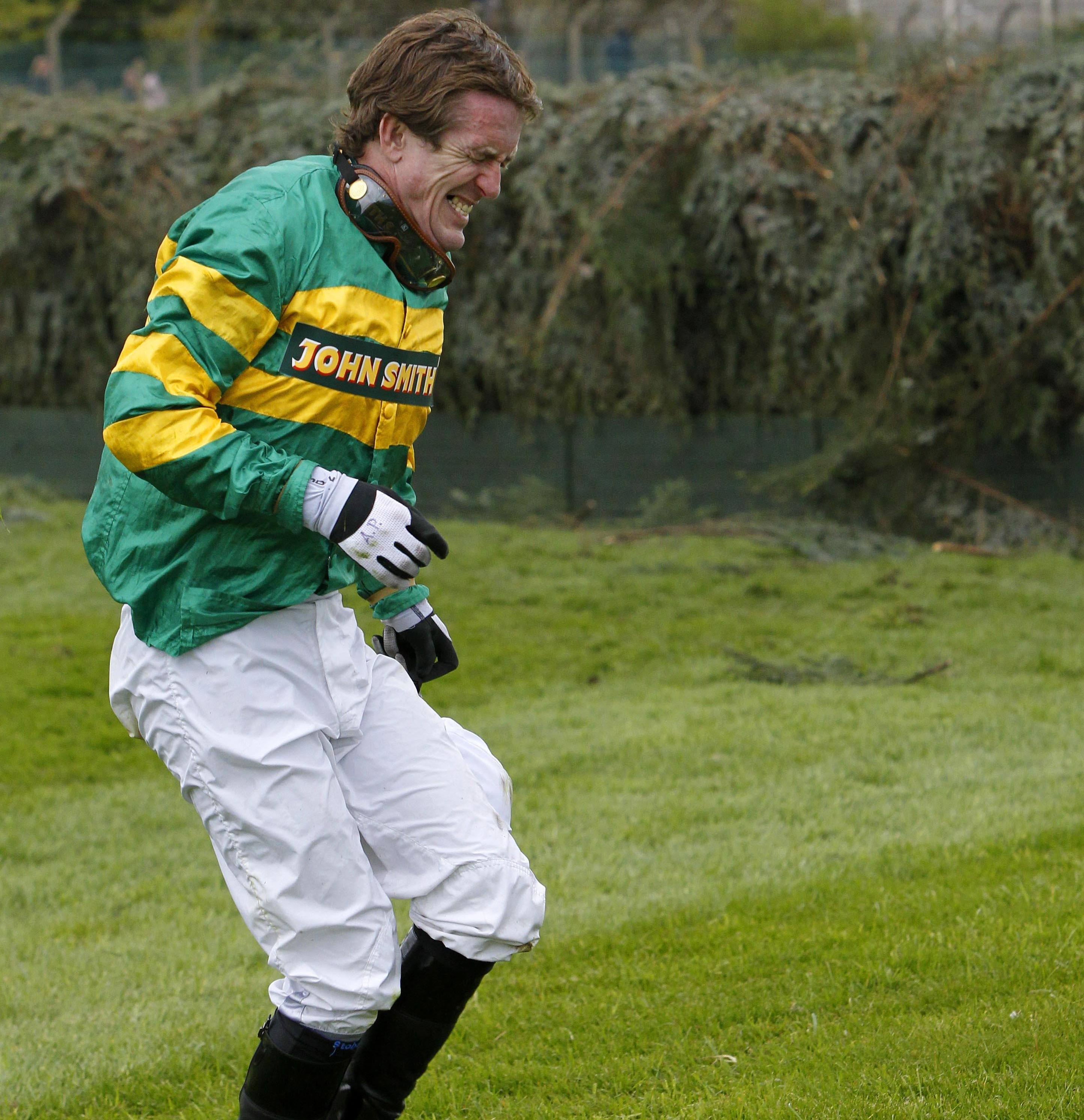 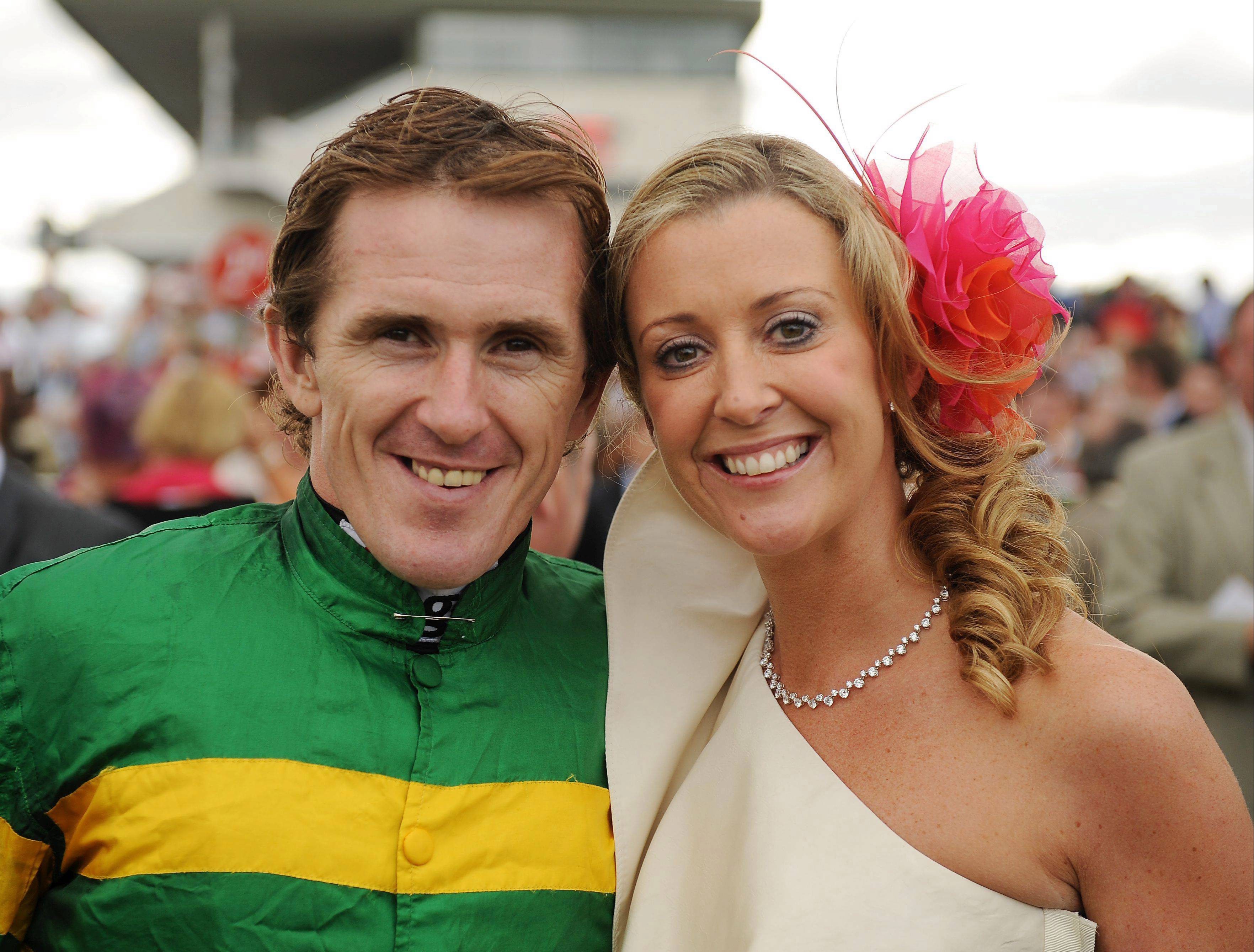 Danny Cook recently revealed he is fighting to save his sight in one eye after being kicked by a horse.

Filip Minarik was given just a 50-50 chance of survival after going into a coma following a horror fall.

New Zealand jockey Rosie Myers is dreaming of spending Christmas with her loved ones after recovering from a coma and facial surgery.

Eoin Walsh was recently rushed to hospital with a broken back after a nasty incident at Chelmsford.

And Jumps star Harry Cobden was fortunate to escape anything serious when he fell underneath charging horses just last weekend.

It all goes to show why jockeys have the respect and admiration of the sporting world for constantly putting their bodies on the line.

1.45 Glorious Goodwood runners and prices: Racecard, results and tips for the Unibet Handicap live on ITV

The Oval holds first test even with spectators since March