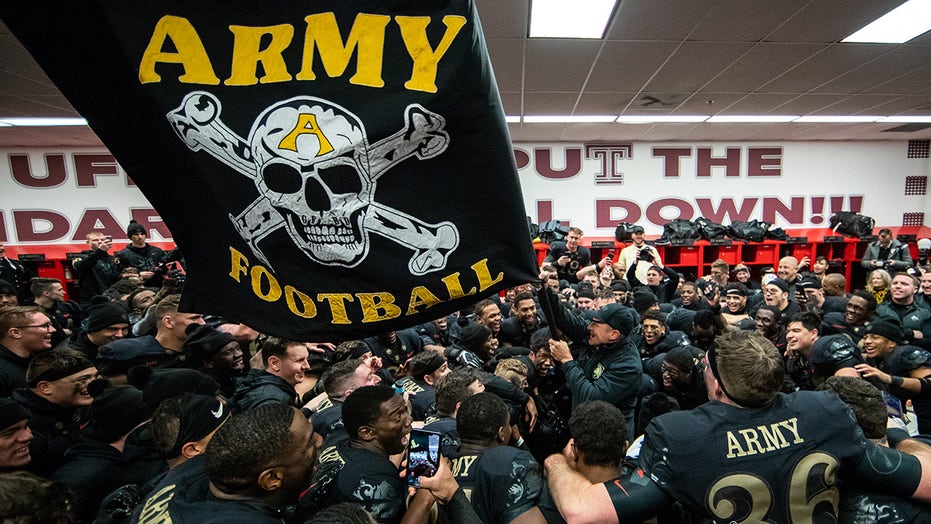 A skull and crossbones flag with the acronym “GFBD” on the upper lip of the skull has been used in the football program since the mid-90s. West Point officials and athletic department members had been unaware that the phrase has links to the Aryan Brotherhood sects until it was brought to their attention in September, ESPN reported Thursday.

“It's embarrassing, quite frankly,” Lt. Gen. Darryl Williams, the U.S. Military Academy’s superintendent, told ESPN. “We take stuff like this very, very seriously. Once I found out about this goofiness, I asked one of our most senior colonels to investigate.” 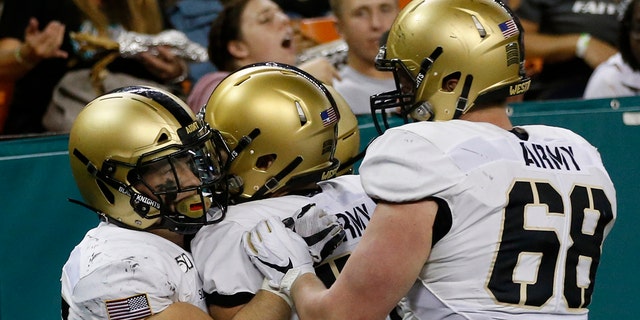 Army running back Connor Slomka (25) celebrates with teammates after making a touchdown against Hawaii during the second half of an NCAA college football game Saturday, Nov. 30, 2019 in Honolulu. (AP Photo/Marco Garcia)

Athletic director Mike Buddie and coach Jeff Monken addressed the team over the slogan. Buddie told ESPN that Monken was “mortified” upon learning the origins of the slogan.

The probe revealed that the team’s use of the phrase was “benign” and that there was no evidence the program was aware of the origins of the phrase, according to ESPN.

According to the Anti-Defamation League, the slogan was popular in the Aryan Brotherhood of Texas which was formed in the 1980s. The white supremacist group is considered to be one of the largest and most violent white supremacist prison gangs in the U.S. However, it has no connection to the original Aryan Brotherhood formed in California in the 1960s.

Earlier this year, the Navy football team had dropped its own motto – “Load the Clip” over insensitivity to those affected by gun violence. According to Capital Gazette, the motto was changed from “Load the Clip” after reporters started to ask Navy officials about its context amid the spate of mass shootings and the shooting that left five people dead at the newspaper’s offices in June 2018. 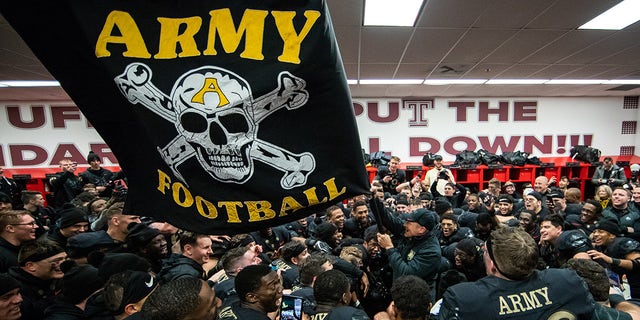 Jeff Monken, Head Coach of the Army Black Knights waves a flag in the locker room after defeating the Navy Midshipmen at Lincoln Financial Field on December 8, 2018 in Philadelphia, Pennsylvania. (Photo by Dustin Satloff/Getty Images)