ARSENAL appear to have accidentally confirmed Eddie Nketiah has completed a loan move to Bristol City after an online gaffe.

The striker recently returned to the Emirates having spent the first part of the season at Leeds where he managed five goals in 19 games for the Yorkshire club. 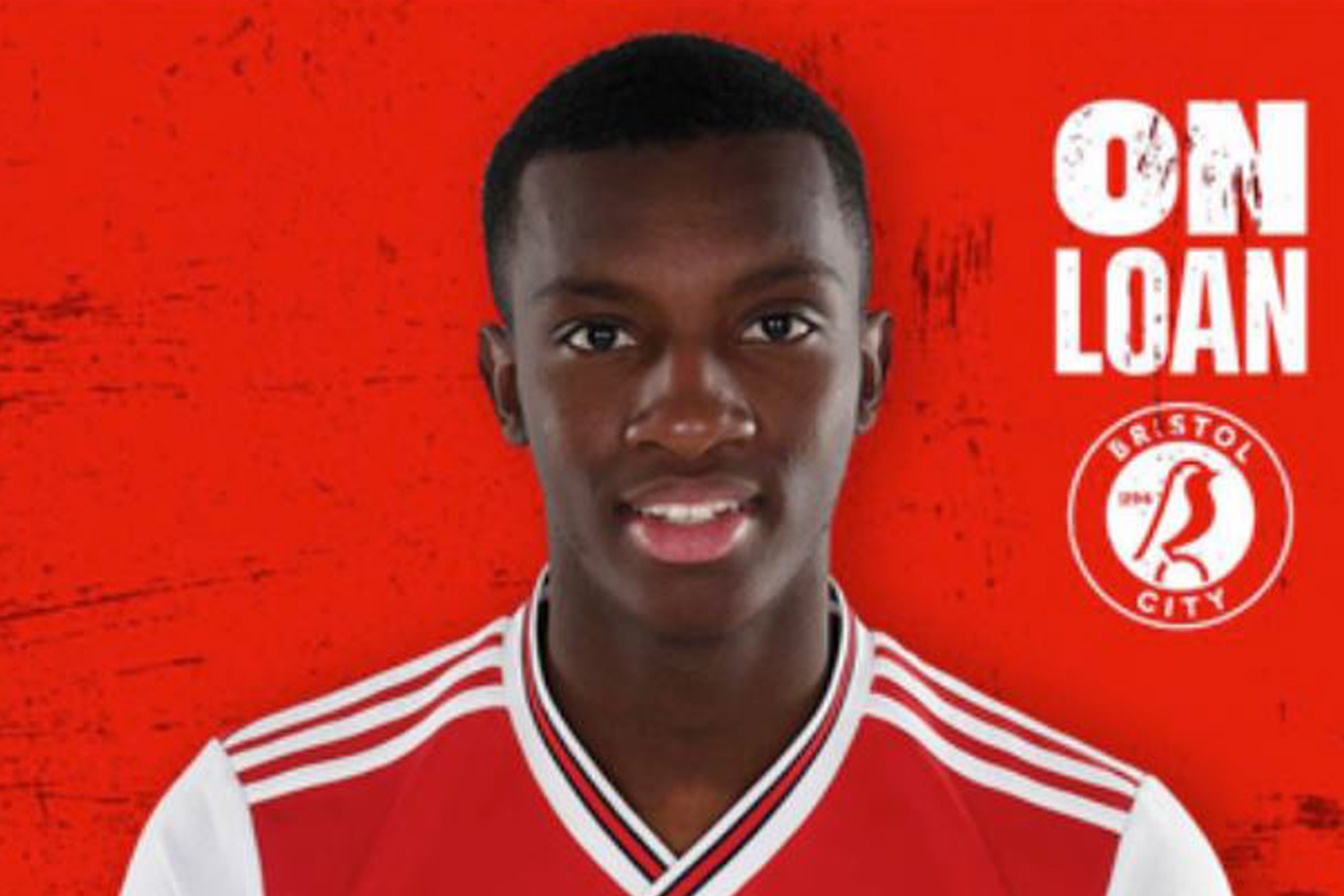 But after growing frustrated with a lack of game time under Marcelo Bielsa the Gunners decided to recall the 20-year-old.

But Arsenal looked to have confirmed Bristol City was the forward's next destination after the Championship club's logo was next to Nketiah on the striker's profile on the Gunners website.

There was suggestions the young striker could stay at the Emirates this month after Pierre-Emerick Aubameyang was handed a red card and sent off during the Gunners' 1-1 draw with Crystal Palace.

A shocking foul on Palace's Max Meyer earned him the ban

However, boss Mikel Arteta was quick to play down such claims Aubameyang's suspension affected Nketiah's future.

Arteta said: "It didn't before and at the moment we have to think medium to long term with Eddie, we have to respect his evolution, his development, and we don't have to make decisions just based on two or three games I think".

Bristol City feared they would miss out on signing Nketiah after Aston Villa earmarked the starlet as a potential replacement for knee injury victim Wesley.

The Brazilian, signed for a club-record fee in the summer, suffered a horrible ACL injury against Burnley recently.

And Villa are desperately seeking a new forward, with Krzysztof Piatek also having been linked.