ARSENAL have offered Eddie Nketiah to Leeds for £20million, according to reports.

The Gunners are willing to sell the striker who previously spent time at Elland Road on loan. 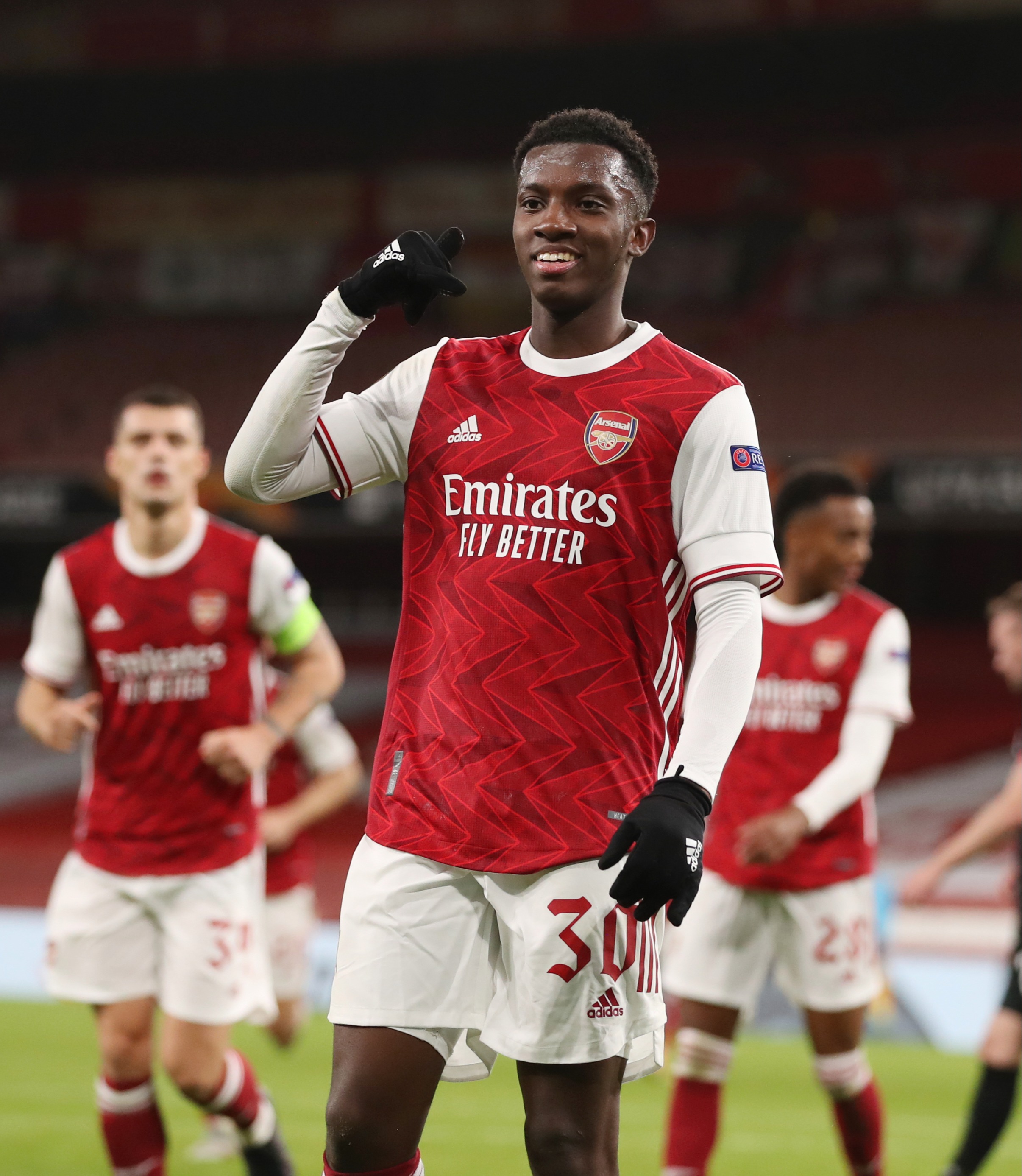 Leeds are said to be in the market for a new forward to challenge star man Patrick Bamford and have been offered Nketiah, according to FI.

And Arsenal are open to offers for the 22-year-old.

Mikel Arteta is said to have sanctioned the sale.

But the North Londoners want at least £20m for their academy product.

Nketiah's contract has a year left to run so the club are looking to cash in now.

The England Under-21 star spent half of the 2019-20 season on loan at Elland Road but found Bamford hard to shift from the starting XI.

He scored five goals and provided one assist in 19 games but returned to Arsenal in January 2020 after the loan was cut short.

Since returning to the Emirates, Nketiah has made significant strides in his Arsenal career.

He made 29 appearances in all competitions last season with 17 coming in the Premier League.

But he only managed six goals in those games.

Promoted Watford are also said to be interested in Nketiah.

And Brighton and West Ham have also been linked.

Kubrat Pulev 'quit' and should have been stopped in third round against Anthony Joshua after turning back, claims Whyte