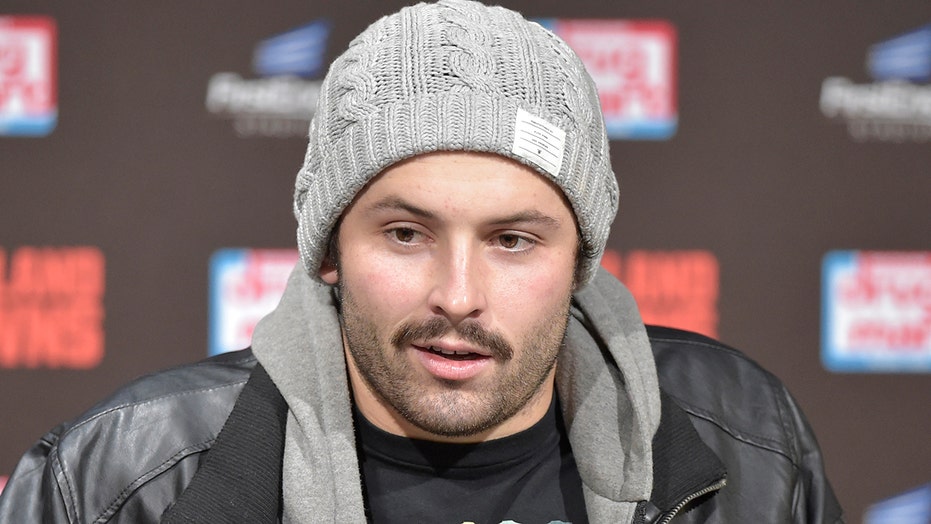 Mayfield implored fans to keep the noise level down when the offense has the ball because he said he believed it had something to do with a false start penalty on fourth down during the Browns’ home game against the Buffalo Bills on Sunday.

“We believed we had a good call,” Mayfield told reporters after the game, according to the team’s website. “It was just our crowd noise seemed to be a little loud when we needed it to be quiet, which is strange at a home game.”

Mayfield was asked Tuesday to clarify whether he was talking about the home crowd or the Bills fans who had packed FirstEnergy Stadium for the game, according to the Cleveland Plain-Dealer.

“No, it wasn’t that,” he said. “It was just the fact that when we’re on offense, we need it to be quiet. It might’ve ruffled some feathers, once again that’s OK, but when we’re on offense on a critical down, we need to be able to have silence in our home stadium. It’s got to be an advantage for us, and then when they get the ball, it’s got to be really loud. It’s just basic football.”

“It was so loud down there,” he said. “It’s crazy. I thought I heard a ‘hut,’ you know what I mean? So it’s one of those where I’ve got to stay composed and look at the ball.”

The flag forced the Browns to kick a field goal, which ended up being the deciding factor in the 19-16 victory.

What Mets’ roster crunch looks like as spring training winds down

Tom Brady has a clear message for his doubters