XAVI is the outright favourite to replace Ronald Koeman as manager of Barcelona.

That's according to bookmakers Betfair, who've installed the Barca legend at 10/3 to take the reins at the Nou Camp. 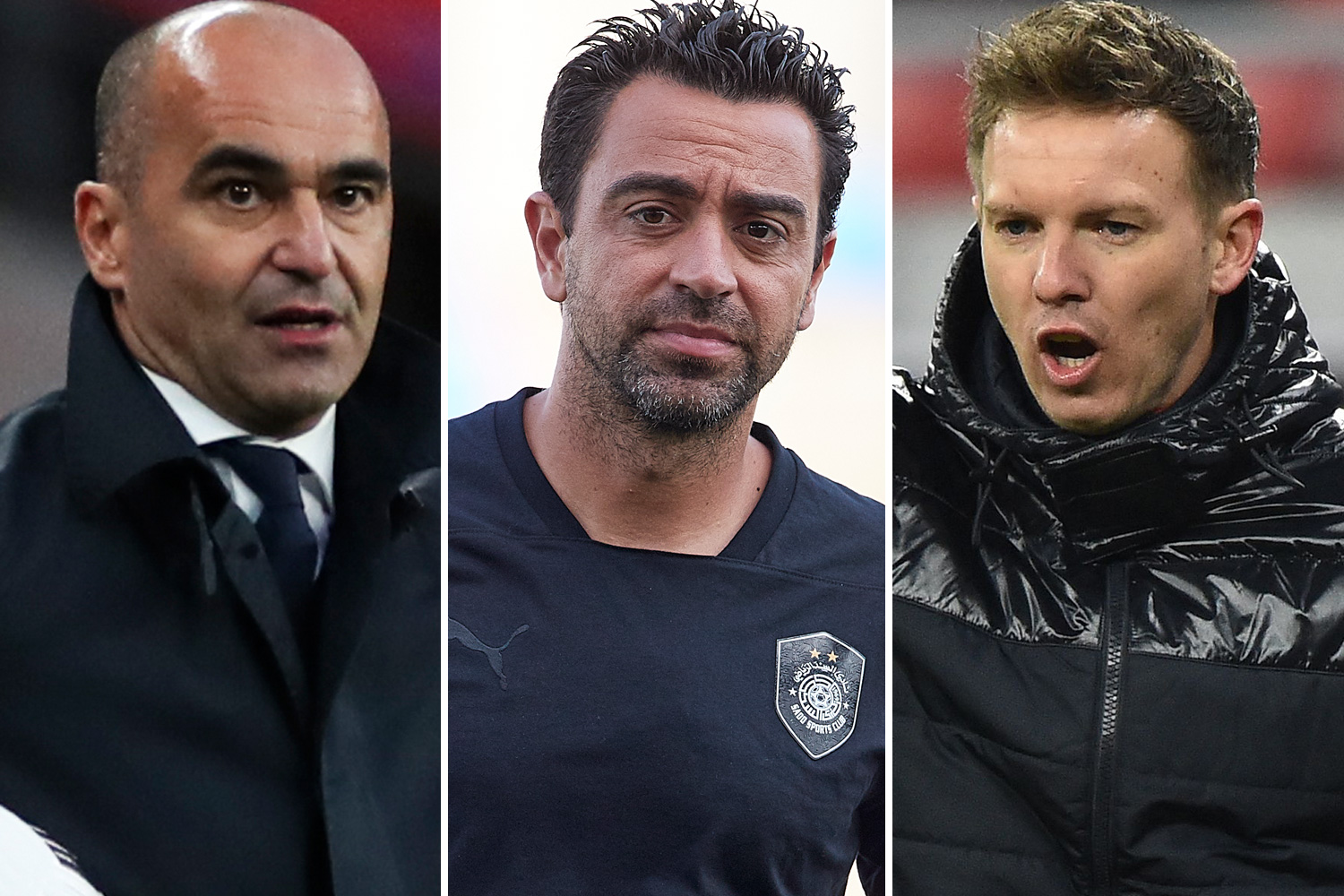 The 41-year-old made a colossal 767 appearances for Barcelona – scoring 85 goals and providing 184 assists.

The retired midfielder was appointed manager at Qatari club Al-Sadd in 2019, where he's added a few more trophies to his collection.

But he's made no secret of his desire to take charge of his former club as part of a long-term managerial plan.

He recently told reporters: "Right now, I’m at Al Sadd and I’m doing well here. I’m at a big club in Asia, in Qatar. It’s the best team in Qatar.

"We'll see what happens in the future. Everyone sees me as a Barcelona coach, and I really respect Barcelona and Koeman, the current head coach.

"I don’t want to hide the truth – of course I would like to be Barcelona’s head coach. I’ve said it many times."

Belgium manager Roberto Martinez is his closest pursuer in the betting market at 5/1 with six-time Serie A winner Massimiliano Allegri further back at 7/1.

It's a double-figure 10/1 for RB Leipzig boss Julian Nagelsmann, who also has his admirers at arch-rivals Real Madrid and Manchester United.

Frank de Boer, who's the first ever Netherlands manager to fail to win any of his first four fixtures, is available at 14/1.

Talk of Koeman's departure has ramped up in recent days.

The Catalan giants were all-but dumped out of the Champions League after suffering a humiliating 4-1 defeat to PSG in the first leg of their last-16 clash.

They also trail La Liga leaders Atletico Madrid by nine points but Koeman thinks it would be 'crazy' to suggest that he'll leave his post after just six months.

Speaking after the defeat to PSG, Koeman said: "We have to admit that they have been superior.

"They have shown, especially in the second half, that they have a more complete team than we do.

"We have to accept it and keep improving. We know that this can happen. This team is ahead of us."

Quizzed if he felt like throwing in the towel, Koeman added: "If I was someone who gets happy when we win and then after a result like today said I had no desire to continue.

"That would be crazy.

"I know where I am and what we have to change. We're trying. We're not at the end of the path yet, we're halfway down it."

MICAH RICHARDS: Racial abuse is there every day for a black player

Tyson Fury is No1 in world but Anthony Joshua would beat him with ‘relentless, explosive and dynamic’ style, says Bellew – The Sun