The painful memory of a broken nose in Canberra has failed to dampen Sam Poolman's excitement returning to the AIS Arena and she hopes the capital jumps on board what she hopes will be championship run.

The GWS Giants will play the Queensland Firebirds at the AIS Arena on August 4 as part of a three-year deal with the ACT government to host matches in the capital until at least 2020. 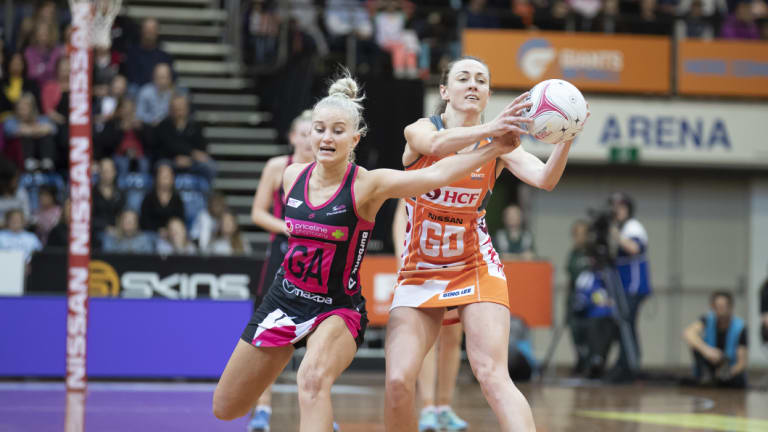 The Giants are coming back to Canberra, but they’ll return with retired star Bec Bulley.Credit:Sitthixay Ditthavong

Poolman was left bloodied and battered after the clash against Adelaide in Canberra this year following a brutal contest in front of more than 3000 fans.

The injury is part of the Giants' mixed feelings about the city. They are undefeated in their Super Netball matches at the AIS Arena, but they've also been hit with broken bones, concussion and season-ending injuries. 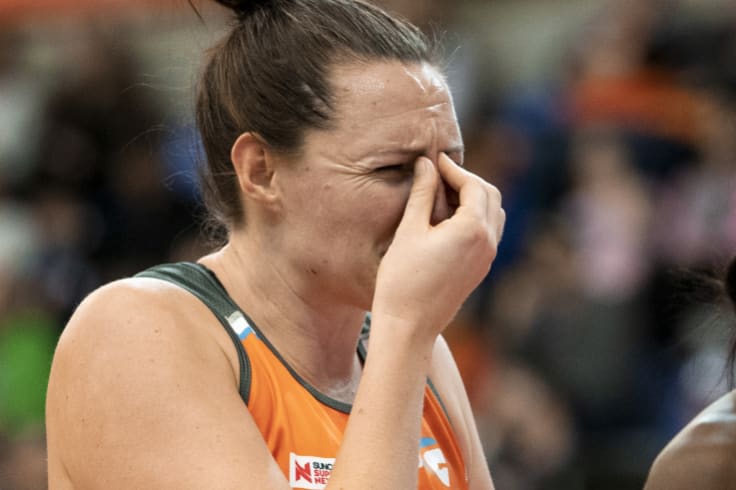 Sam Poolman broke her nose in the clash earlier this year.Credit:AAP

Poolman broke her nose and Serena Guthrie was concussed this year, while inspirational leader Kim Green tore her anterior cruciate ligament at the AIS last year and was ruled out for the next nine months.

But Poolman says the players are excited return despite the injury demons and hopes the trip can set up a title charge in the last month of the regular season.

"Kim and I were chatting about it yesterday and we've got a really good record in Canberra, the crowd gets into it. We've had some tough and exciting matches," Poolman said.

"I broke my nose, there was a concussion, there was plenty going on this year. So we're excited to see what happens this time and it's exciting for Canberra to have the Firebirds coming, too."

The Giants will return to Canberra next year with Australian star Caitlin Bassett in their arsenal, helping fill the holes left by the retirement of key duo Susan Pettit and Bec Bulley, and the departure of Guthrie.

Bassett has signed a three-year deal with the Giants and the two-time Super Netball champion and grand final most valuable player will join her new teammates for training next month.

"We're very driven to win the competition. We've played some great netball and started as a club quite successfully, but when you actually look at it we haven't won a grand final," Poolman said.

"That's in the back of our minds – we've got unfinished business. With Caitlin coming into the team, she's won two premierships and is obviously doing something right.

"But she's excited for a new challenge … she brings a lot of knowledge and experience to our attacking end with Jo Harten and Kim [Green], I'm really excited that I don't have to match up against them."

‘Faith is measured in patience’: The remarkable resurgence of US sprinter Trayvon Bromell