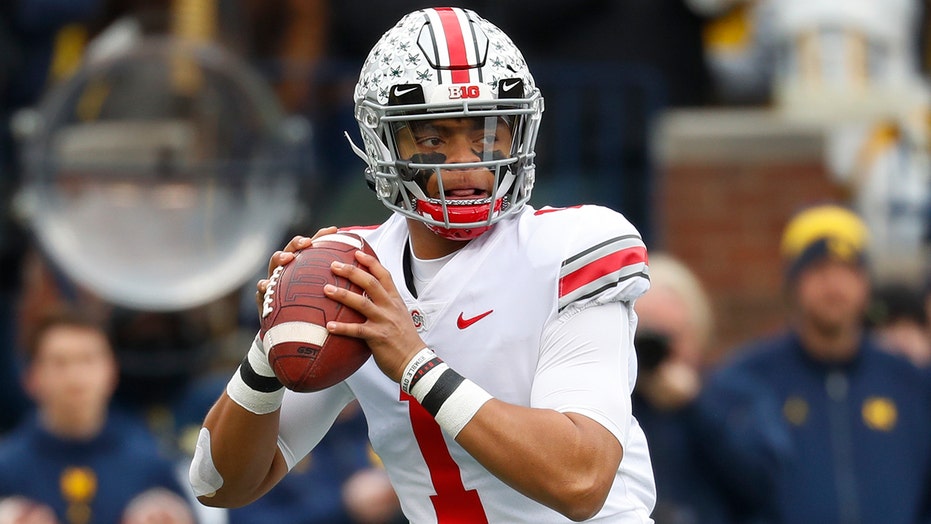 There’s no doubt about it that Trevor Lawrence is going to make an immediate impact as soon as he gets under center for the Jacksonville Jaguars.

Zach Wilson is also expected to make some noise in New York for the Jets, and Trey Lance has the potential to blossom in San Francisco with 49ers head coach Kyle Shanahan.

However, there was one rookie signal-caller who dropped significantly and he may have a chip on his shoulder as soon as he is given an opportunity to start.

That quarterback is Ohio State product Justin Fields, who was taken by the Chicago Bears with the No. 11 pick in the draft. NFL Network analyst Brian Baldinger told Fox News in a recent interview that he has no intel on when Fields will take over as the starter, but he says that it will happen sooner than later.

“My second favorite quarterback in the NFL Draft was Justin Fields,” Baldinger said. “I listen to everything that [Bears head coach] Matt Nagy said and I don’t believe any of it. It’s not a knock on [current starter] Andy Dalton. We know what Dalton is going to do for you. But Justin Fields is like pure juice. He’s got it all.”

Baldinger, who began his broadcasting career in 1997, is recognized for dissecting game films that he regularly posts to his social media accounts, which is famously known as “Baldy’s Breakdowns.” Baldinger is currently preparing for the upcoming NFL season as well as getting a jump start on his 2022 NFL Draft preparation. He is also working with CoachTube.com, a portal that provides coaching courses in sports.

Baldinger says that Fields’ teammates will let the coaching staff know when he’s ready to play.

“Khalil Mack will let you know. Eddie Jackson will let you know. The players always know when the kid is ready to play,” Baldinger explained. “I don’t know if he starts Week 1. I don’t think he has to start Week 1. It’s a 17-game schedule. They have a good defense. They can keep the score down. I think Dalton goes out there for the month of September, but I think eventually Justin Fields is going to take over.”

In just eight games played last season for the Buckeyes, Fields threw for 2,100 yards with 22 touchdowns and only six interceptions. He added 383 yards on the ground with five more scores.