Regarding the objectively serious allegations made public these past two weeks about sexual harassment, bullying, predatory grooming and criminal sexual misbehaviour within the elite structures of Australian women’s football, there can be no certainty other than to conclude that nobody ends up winning here. It’s difficult for anybody to be better off for such claims being proved, let alone merely pleaded.

Years on, and no matter what does or doesn’t transpire in the intervening period from now, not a single person escapes out the other side of the tunnel of tumult any more fortunate as a consequence of this bloodletting. It doesn’t matter how you frame the test of what “better” resembles.

But those bringing forward complaints must be presumed to be telling the truth about what they experienced. Commencing from any different premise is dangerous, and liable to cause immense damage. Myriad current Matildas each releasing personally-attributed statements about their respective, wholly-positive experiences do nothing to derogate from the actuality of the suffering of individual complainants. The positive doesn’t extinguish the proof of the negative, as it were.

Concerning the specific allegations of sexual misconduct and related misbehaviour made by retired Matilda Lisa De Vanna and former W-League player Rhali Dobson, the immutable and singular position is that one must start from the point of believing what these former elite athletes say. Mere empathy doesn’t cut the mustard; one must actually believe. On the other hand of course, the presumption of innocence is an important pillar of our legal system and should undisputedly be applied.

It’s properly farcical to even vaguely insinuate that someone in De Vanna’s or Dobson’s shoes might effectively conjure up anecdotes of unadulterated fiction: propositioning by a cabal of older and seasoned teammates or being “dry humped” by a teammate, as others watched on.

In my experience, people just don’t make these things up. Sure, historical recollections can be inexact with intent misconstrued, but rarely are complaints of such gravity a product of fiction writers. 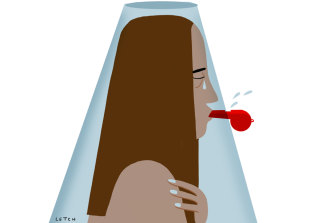 Let me offer you the following, singularly for the purpose of illustration.

If nothing else, I’ve an impeccable memory for dates, times and places.

I can tell you the specific date that I completed my HSC. I can also tell you that this particular date fell on a Monday (and no, I’ve undertaken zero confirmatory research).

That day, I sat an extension modern history examination. That finished about 4pm. I can specifically recall that later that night, at right around the fighting ‘n’ kebab hour, I and myriad others landed at some seedy pub in the ’burbs where your feet definitely adhere to the carpet if you stand in one place long enough – no establishments of due salubriousness were open at midnight on a Monday decades ago. 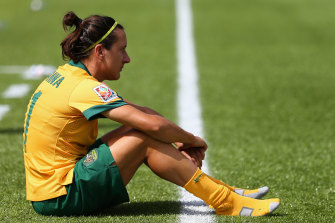 Lisa De Vanna made allegations of a toxic culture within the Matildas, including harassment and bullying.Credit:Getty Images

I can also tell you that in the fortnight after the HSC examinations concluded, a mate of mine and began playing squash with one of my mate’s teachers, who’d taught at the same school. The teacher didn’t ever have me for a single class, but I kind of knew him. The third occasion we’d arranged to play, one hot and sunny Sunday morning right before Christmas, my mate cancelled at the last minute. Undeterred, I borrowed my dad’s canary yellow 1974 V8 Torana and took off.

There, we had arranged to meet this now-ex teacher who of course still had a job at my former high school. Although we’d arranged to meet him, I arrived alone. Complete with a small pail of 20 cent coins, we made our way down to the squash courts. Right from the get-go that morning something felt decidedly “off”, even to this then 17-year-old recent high school graduate with precisely no idea about how the world worked.

Perhaps the whole scenario was unbalanced and off-keel in the first place; this teacher, and a teenager with scant interest in squash, playing at 10am on a hot Sunday morning in the middle of December. But what was definitely strange was the jolt in my opponent’s obsession – from the sport that we were there to play to his definite and pleading insistence that I must have a shower with him straight afterwards.

His absolute incessance is seared into my memory as much as the utter confusion coupled with perceived entrapment which I felt at that moment. Politeness and my no doubt unsubtle changing of subjects wholly failed to deviate him off the tracks he was hurtling on, a sexual predator in action.
Burnt into my consciousness even further is the fact that this obviously wicked man manufactured a situation whereby he later opportunistically “nuded up” in a state of obvious and visible pleasure, while I momentarily was looking the other way.

“I never thought about complaining to anyone about the incident, and I’ve never done so since.”

Indeed this “teacher” did exactly that, in horrendously close proximity to me, in the bathroom right after we finished playing squash (and right before I bolted upstairs faster than I’ve ever run since, leaving my racquet behind forever). Some things, you can’t unsee.

From that perspective of my own experience, you can’t just imagine situations like this and then completely pretend they actually occurred. I still shudder, and shake my head in dismay that the situation ever actually transpired. But I’m entirely untroubled by it, and I’ve never lost a moment’s sleep over the incident; which renders me beyond lucky.

I don’t hate the teacher, and truth be known I feel more than a bit sorry for him. I never thought about complaining to anyone about the incident, and I’ve never done so since.

My abiding concern is the hope I’m the only person he tried to interfere with. I harbour a faint guilt because I reckon I’m not. But who’d have believed me, anyway?

The most dangerous thing you can do to a victim, once they harness the bravery needed to make a complaint, is to refrain from believing them. Regardless of what any current or former Matilda might think of De Vanna or anyone else bringing past events into the spotlight, the least that must be done is to believe what a complainant has the fortitude to first say. Their best hope here is to improve elite sports environments for future generations; it’s unlikely they’ll win in any other way.

These Olympics have been the tonic we needed – with gin, of course