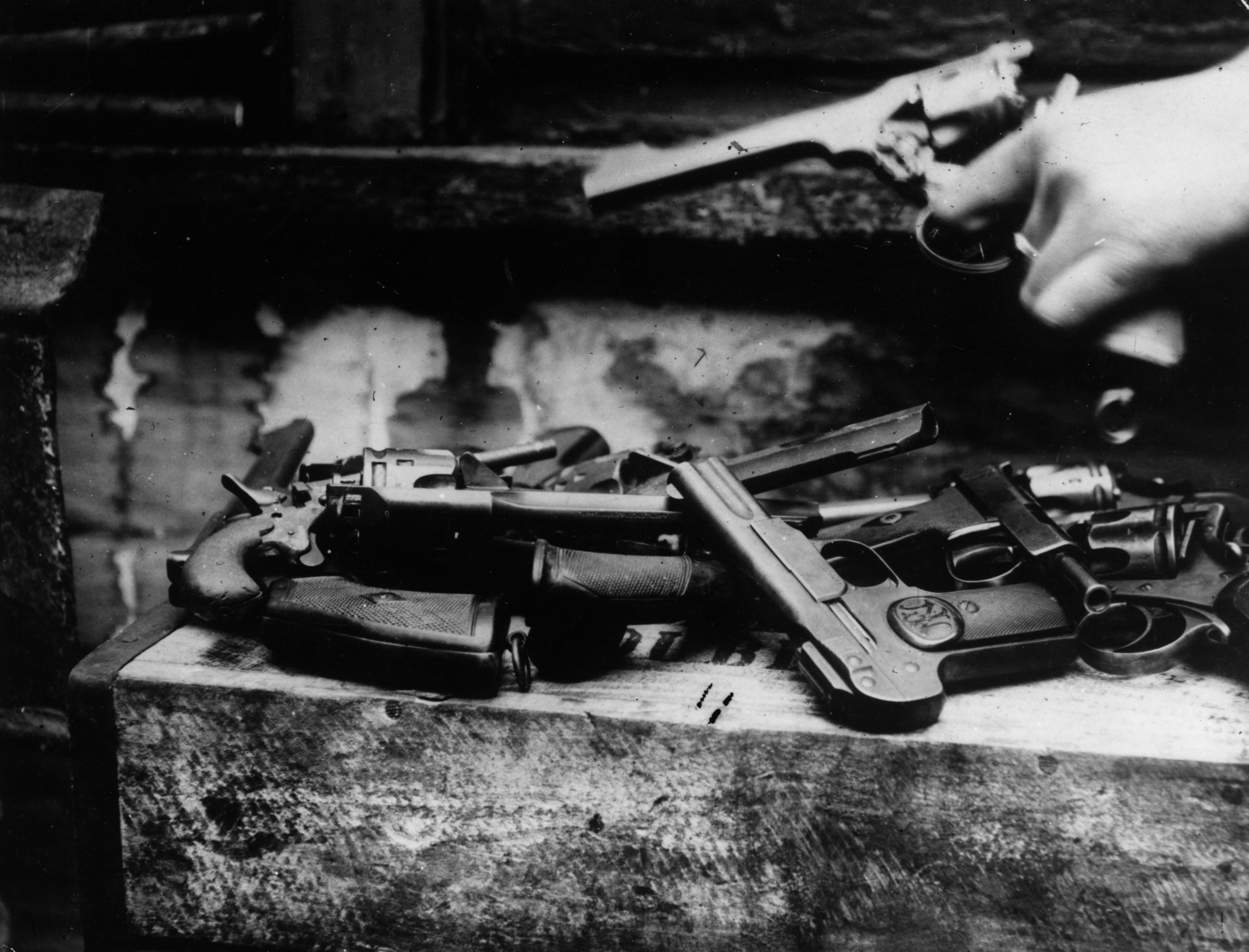 The first to be hit was an 11-year-old boy, William ‘Perry’ Robinson, who had taken up position in the crook of a tree to better see the action. A bullet went into his chest and exited through his right shoulder. He fell from the tree.

In total 14 people were killed, the victims representing a cross-section of Irish society.

Hogan, the Tipperary corner-back, was wriggling along the ground when the firing started, trying to make his way to a picket fence for cover. A line of bullets tore in a straight line towards him, the fatal shot going through his back.

Thomas Ryan, a 27-year-old who worked for the gas company, knelt down to say an act of contrition into Hogan’s ear and got a bullet. Both were IRA men.

The only woman to die was Jane Boyle, a 26-year-old charge-hand at a pork butchers. She was due to be married that week. Instead, she was buried in her wedding dress.

With the commotion and panic ongoing, Major EL Mills, in charge of the Auxiliaries, came running from his truck at the back of the convoy and ordered his men to hold fire.

In the century that followed, the stories got muddled and confused. Somehow, the challenge game that it was became known as an All-Ireland final. The number of those dead ranged from 12 to 20.

When Croke Park was redeveloped, the main stand was christened the Hogan Stand in memory of the slain Tipperary corner-back.

Enquiry reports were conducted around events on the day and sealed until 1999. Academics gained access thereafter and papers were produced, later worked into newspaper features.

The usual home of Irish rugby, Lansdowne Road was undergoing development and so the game was hosted at Croke Park.

The GAA had until recently Rule 42, which forbade the staging of horse racing, greyhound racing or field games other that those sanctioned by Central Council. That was amended in 2005.

Outside the ground, some protests invoked the names of the 14 dead on Bloody Sunday and the sound of God Save The Queen being played within.

Inside, the anthems were greeted with silent respect, the day topped with an Irish win, 43-13.

Something about the coverage, some of the inaccuracies, bugged journalist Michael Foley and he plunged into several years of research, publishing the definitive and exhaustive book, The Bloodied Field, in 2014.

For a time it felt he was documenting the day. And then the personal stories of the slain began to grip him. By the time he finished he couldn’t let go of the fact that the dead were in unmarked graves. Eight out of the 14 were completely lost.

“The following year, 2015, a few things happened. Number one, the GAA decided for whatever reason to have a 95th anniversary commemoration before Ireland v Australia,” recalls Foley.

“At the same time, the Boyle family decided they were going to erect a grave for Jane and we got in touch with each other.”

The GAA also became interested and provided the Boyles with support to put up a headstone. From that, the Bloody Sunday Graves Project began. So far, they have seven headstones erected.

It has thawed the relationships between families and the GAA body who spent decades after the formation of the Republic treading a delicate line, unsure of where to place themselves politically while also traumatised by the day. 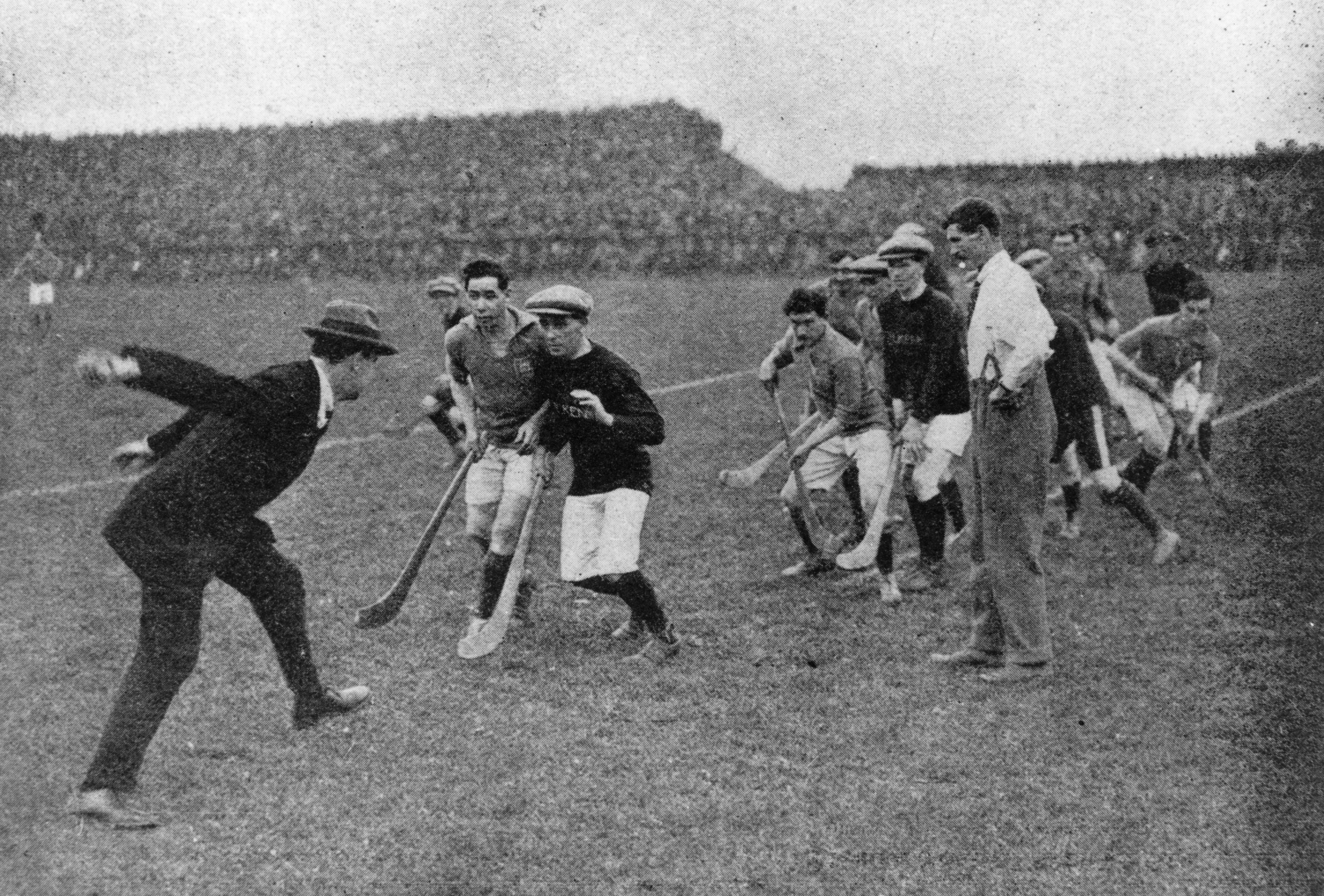 “For the families, it helps this element of healing. I have seen it at the graves events. The emotions are immense for these people,” Foley recalls.

“And it’s not necessarily that they are crying tears for the person who died on Bloody Sunday. But they are remembering an aunt of a grandaunt or granduncle who spoke of this person, all down the years and hoped that at some stage their memory would be honoured on the way it is remembered.”

Previously, the GAA was uncertain as to how to handle it. There was no expression of condolences. British authorities imposed severe restrictions on attendances at the funerals.

The only public act was the naming of the The Hogan Stand, where captains of victorious teams climb to lift their trophies.

The last few months has seen a flurry of activity. Foley repackaged all his work and has released a series, The Bloodied Field Podcast.

The Croke Park museum has hosted a series of lectures and displays, of artifacts and what Foley describes as “relics” of the time.

This Saturday, Dublin face Meath in the Leinster football final. The date was only made possible by the delay of the summer Championship due to the pandemic.

Prior to the game there will be a torch-lighting ceremony in the corner of Hill 16 where several deaths occurred, including the killing of Hogan.

In June 1922, Tipperary won the refixed 1920 All-Ireland final, defeating Dublin. It was their fourth title. They never appeared in another football final since.

But on Sunday, the day after the centenary, they are back in the big time of the Munster football final. And instead of their blue and gold, they will wear white with a green band, the colours of a century ago, the blood-stained jersey of Mick Hogan.