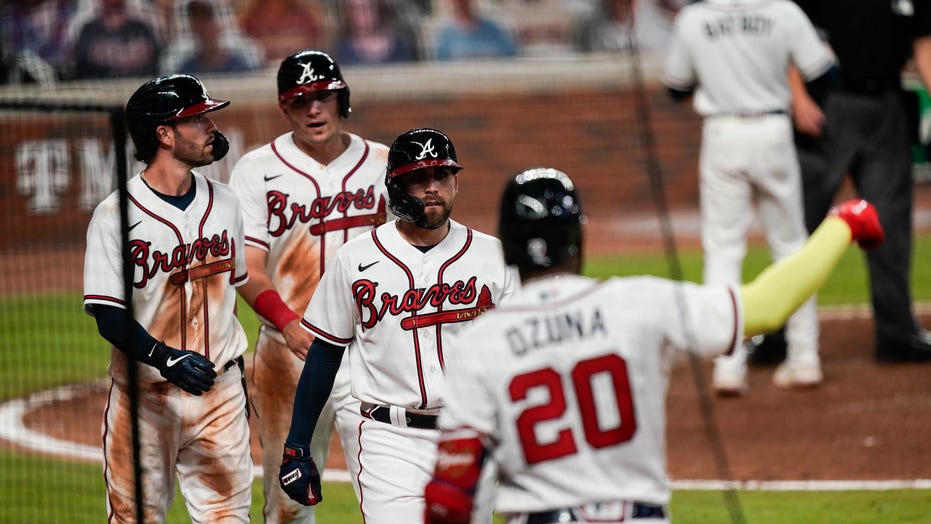 The Atlanta Braves got shut out Tuesday night — but boy, did they make up for it Wednesday night.

The Braves routed the Miami Marlins 29-9 — and in the process, set a National League record for most runs scored in a single game.

Braves slugger Adam Duvall had a night to remember, smacking a two-run home, three-run homer and a grand slam — in that order — tying a team record with nine RBI.

"We have scored 29 runs," the Braves wrote on social media after Duvall's third dinger. "That's it. That's the Tweet."

"Pretty amazing," said Atlanta's Freddie Freeman, who drove in six runs, including a two-run homer. "Hard to put into words, really, when you look up and see 29 runs on the board."

The Braves' feat was only one run shy of tying the MLB record for most runs scored in a game during the modern era (since 1900). That mark was set by the American League's Texas Rangers, who scored 30 runs against the Baltimore Orioles in 2007.

The most runs ever scored in a game was 36 by the Chicago Colts in 1897, according to the MLB's website. 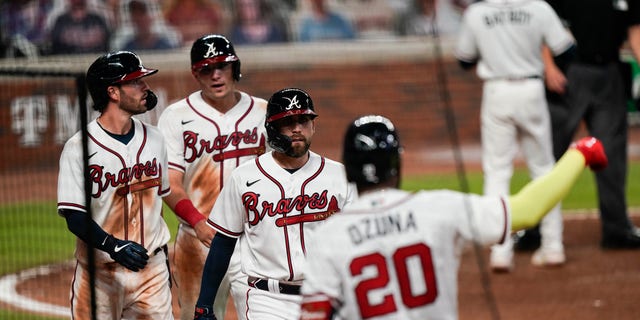 Atlanta Braves’ Dansby Swanson, left, Ender Inciarte, center, and Austin Riley return to the dugout after scoring in a double by Ronald Acuna Jr. during the sixth inning of a baseball game against the Miami Marlins on on Wednesday, Sept. 9, 2020, in Atlanta. (Associated Press)

It was just the fourth time a team scored at least 29 runs, and the first time a National League team did so. The 1955 Chicago White Sox and 1950 Boston Red Sox — both in the American League — had previously reached that run total.

During the game, every Braves starter recorded a hit and seven of them had a multi-hit game, led by the performance from Duvall.

He had recorded a three-homer game just one week earlier. His nine RBI tied an Atlanta record set by Tony Cloninger, a pitcher, in 1966.

The Braves' performance was considered even more impressive considering the team didn't score in the first or eighth innings. Because of their lead and being the home team, they also didn't bat in the ninth.

For the Marlins, it was their largest margin of defeat in franchise history, according to ESPN Stats & Info. During the game, the team didn't appear to be in the best of spirits.

After the game, they appeared to take the historic loss in stride, adding: "Tomorrow’s a new day."

The Associated Press contributed to this story.

09/28/2020
Recent Posts
We and our partners use cookies on this site to improve our service, perform analytics, personalize advertising, measure advertising performance, and remember website preferences.Ok