IVAN TONEY has opted out of Brentford's decision to take a knee before matches this season.

The striker criticised social media companies and those at 'the top' for failing to tackle racism when the West London club ended its use of the demonstration before matches in February. 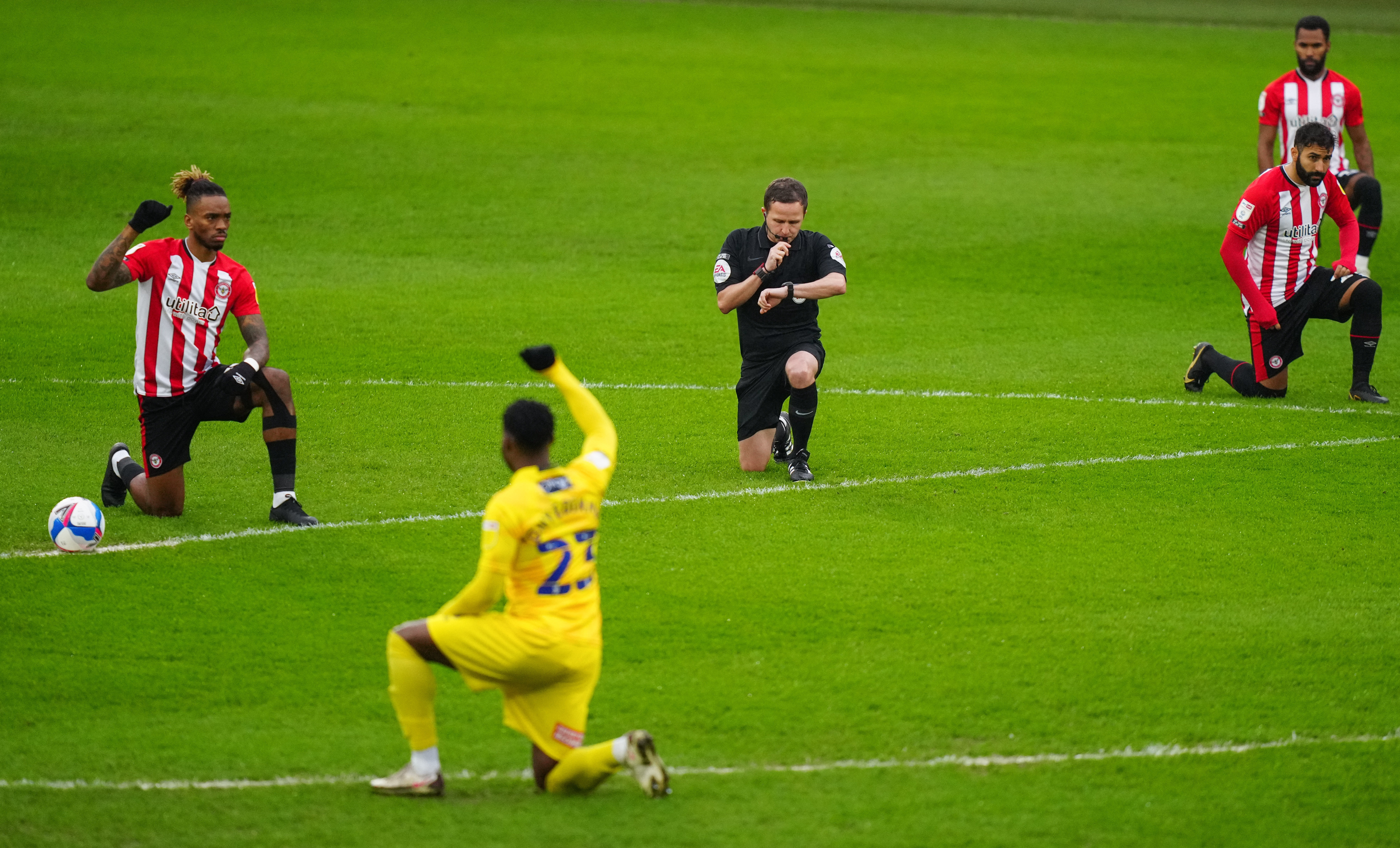 On Wednesday, the Bees announced their intention to return to taking a knee before their Premier League matches in 2021-22.

But Toney, 25, will continue to stand having criticised the reaction to the gesture earlier this year.

He said at the time: "We are kind of being used as puppets, in my eyes; take the knee and the people at the top can rest for a while now.

"Which is pretty silly and pretty pointless. Nothing is changing."

Toney called for social media companies to demand identification for users to create accounts amid the countless instances of abuse in recent times.

Brentford announced the rest of the club's decision after meetings between the players and staff, adding that they respect the striker's stance.

The club stated: "Brentford FC can confirm that our players will take the knee before all first-team matches in the coming season.

"Our players and staff held meetings to discuss whether or not to take the knee at kick-off, having not done so since February.

Ivan Toney told us that he would prefer not to take the knee and will continue to make his own personal statement.

"We believe that in the upcoming season the collective cause of tackling discrimination and racism will be best served by acting in unison and solidarity with all our fellow Premier League teams, as was outlined in a statement from the Premier League yesterday.

"Taking the knee will not on its own solve the problem of racism but it will continue to draw attention to the discrimination that exists within football, as well as society generally.

"We all saw the support that the act of taking the knee received from fans before matches during Euro 2020. With fans now back at stadiums for the upcoming season we want to play our part in keeping the fight against discrimination at the forefront of the agenda."

The EFL re-affirmed its support for the gesture on Tuesday and the majority of Premier League stars have followed suit.

But a number of players have admitted their discontent with taking a knee, including Wilfried Zaha and Toney.

Brentford added: "The club respects the rights of all individuals to show their opposition to discrimination and racism in whichever way they feel is most appropriate to them.

"During our meetings to discuss these issues, Ivan Toney told us that he would prefer not to take the knee and will continue to make his own personal statement before matches this season.

"Brentford FC stands fully behind Ivan's decision and will continue to support him in any way we can."

Olympian Torah Bright responds to backlash over breastfeeding photo: 'I feel so silly even addressing this'