BRITISH UFC star Joanne Calderwood had to be rushed to hospital when she collapsed AFTER her defeat in Las Vegas.

Calderwood was beaten in the first round by Jennifer Maia at UFC Vegas 5.

Her heart rate dropped and she was immediately taken to hospital soon after the end of the bout.

Calderwood, 33, had been forced into a submission near the end of the first round. 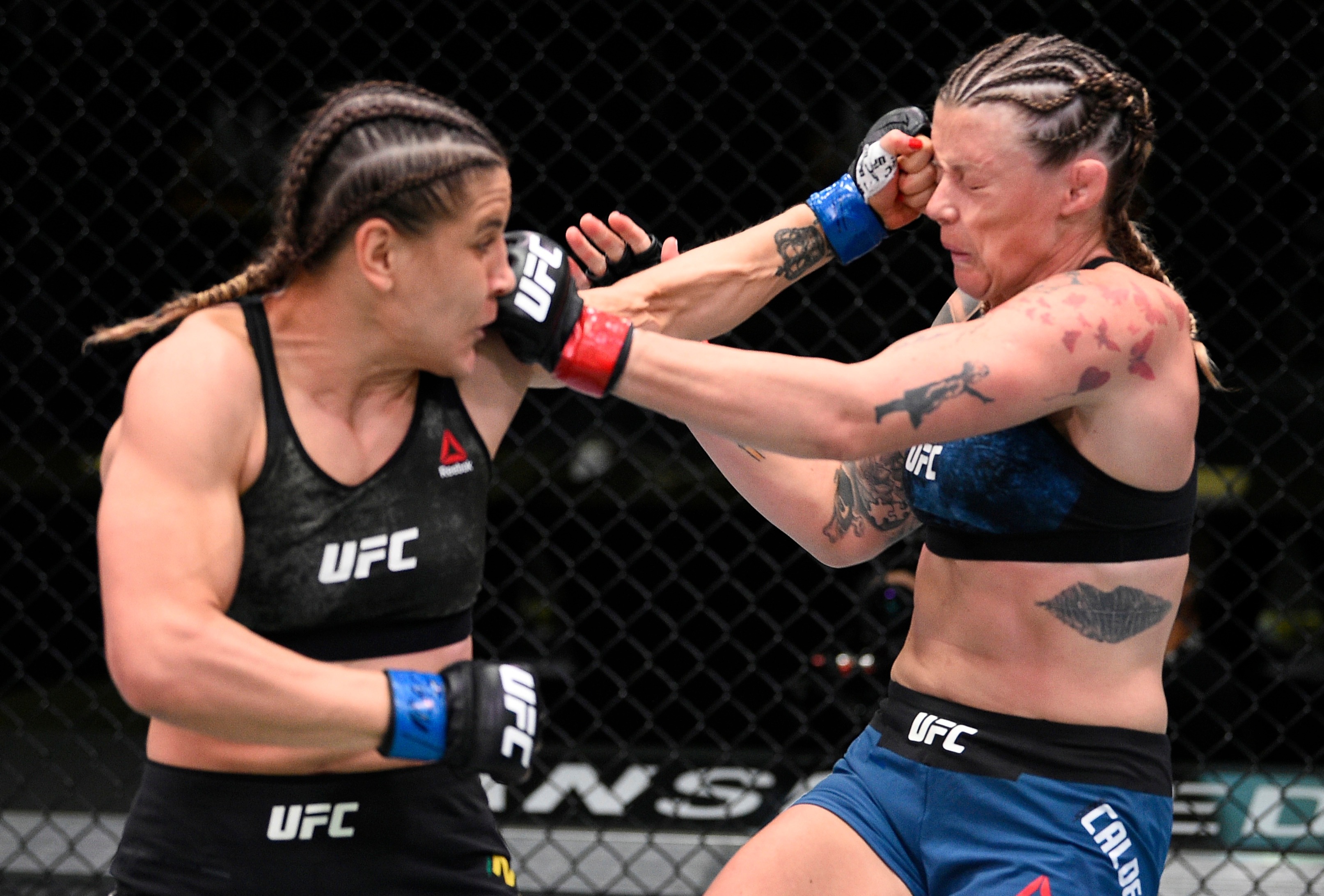 The Scot's camp, including coach John Wood, said she passed out soon after leaving the octagon.

She is now stable and conscious after responding to treatment.

“She was getting checked out in the medical room and fainted while sitting down.

"John caught her, they laid her down and carted her out on a stretcher.

“Heart rate dropped on the way there but stabilised now.

"She’s awake at the hospital with Wood.”

She had been badly beaten by 31-year-old Brazilian Maia in less than four-and-a-half minutes.

UFC Vegas 5 card also lost multiple bouts due to Covid-19 and other factors.

This included a late cancellation when Trevin Giles suddenly fainted minutes before walking out for his bout.

Harvey Chandler relishing Ronnie O'Sullivan opportunity: 'I can do some damage'