Bryce Harper’s contract is finally paying out for the Philadelphia Phillies in his third season with the team.

Harper is leading the charge in Philadelphia’s late-season push to the postseason. He’s having one of his best seasons since winning the National League MVP with the Washington Nationals in 2015 and is on the verge of winning the award for the second time. 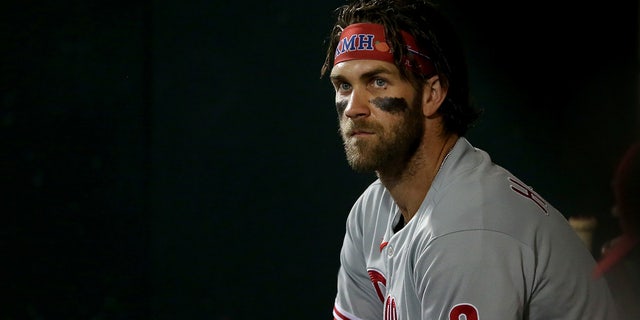 “Then came the big turnaround, when the team was under .500. On Aug. 1, Harper hit three doubles and started the Phillies on an eight-game win streak. He started to play the game, using the opposite field, bunting, aggressive baserunning, hell bent on sparking the team, Citizens Bank Park and grabbing the MVP,” Schmidt wrote.

Schmidt also highlighted the team’s turnaround since losing Rhys Hoskins, who had 27 home runs and a .864 OPS before an injury ended his 2021 run.

“Simply put, what Harper has done is unbelievable. And not just with the bat,” Schmidt added.

“He has walked, stolen a base, scored a run or helped the team with defense. He’s the guy the opposition won’t let beat them, but he finds a way. He sees more left-handed pitchers than any left-handed hitter in history other than Barry Bonds, it seems to me. Imagine, close to 50% lefties and the shift, still .345 since Aug. 1. 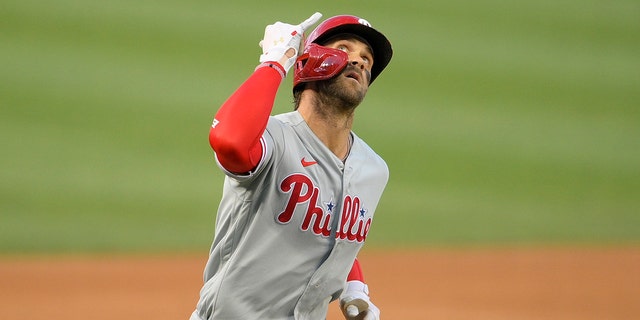 The Philadelphia Phillies’ Bryce Harper celebrates after his two-run home run during the first inning of a baseball game against the Washington Nationals, Monday, Aug. 30, 2021, in Washington.
(AP Photo/Nick Wass)

Going into Thursday, the Phillies are fighting for the second NL wild-card spot. If the word “valuable” in the term Most Valuable Player means anything, then Harper would definitely fit the bill. Juan Soto, Fernando Tatis Jr. and Joey Votto are also among the contenders for the award this season.