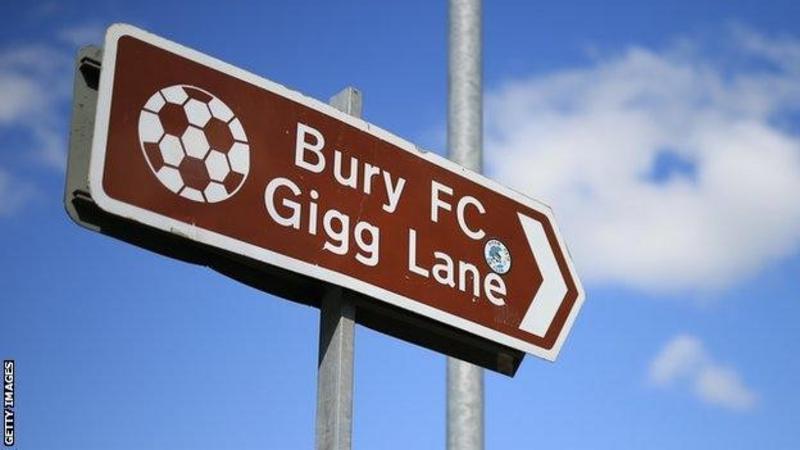 The Shakers have not played a game this season and could be expelled from the English Football League on Friday unless owner Steve Dale can prove they have the funding to continue.

“One man cannot stop one football club, which has hundreds of years of history, going out of existence.

“It’s probably the biggest day in their history. Today Bury, the town, might not have a football club. It’s absolutely disgraceful.”

Owner Steve Dale said on Thursday there were four parties interested in buying the club, who have had six successive games suspended and have been withdrawn from the Carabao Cup.

He also requested an urgent meeting with the EFL, the Football Association, Premier League, Professional Footballers’ Association and “other local stakeholders” over the issue.

Meanwhile, Shakers fans have staged numerous protests, with former director Joy Hart handcuffing herself to a drainpipe outside their Gigg Lane home and a coffin reading ‘RIP Bury FC 1885-?’ was placed at the directors’ entrance.

Neville, the brother of fellow former England defender Gary and England Netball coach Tracey, told BBC Radio 5 Live: “I hope somebody is allowed to buy that club and the town has something to be proud of again.

“My mum worked for [Bury for] 30 years and my dad had a stand named after him.

“To consider they might not have a football club, for me it’s so upsetting. My mum is devastated. She resigned on Friday because she couldn’t work with the current ownership.”

Founded in 1885 and first elected to the EFL nine years later, Bury were playing in what is now known as the Championship as recently as 1999 and have twice won the FA Cup.

Can you name the Premier League players by their past?