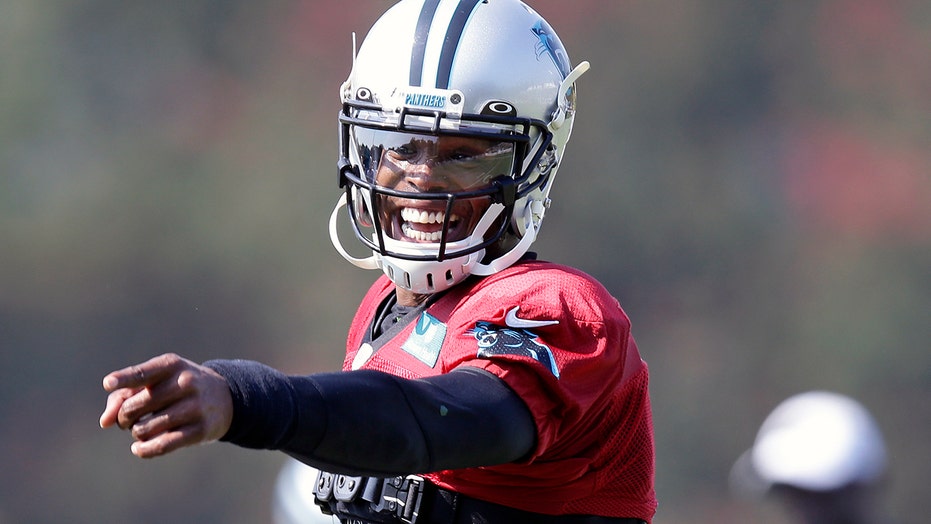 After an ugly divorce with the Panthers and lengthy free agency left him with a veteran minimum contract, the newly minted Patriots quarterback is fired up to prove his dissenters wrong.

One of Newton’s former teammates told Michael Giardi of NFL Network that the spurned signal-caller is “motivated to stick it up everyone’s ass” after being passed over by multiple teams during the quarterback frenzy this offseason.

“Because that’s how he always is,” the teammate added via Giardi. “He won’t say it but he took names.”

Newton, 31, is a former Heisman Trophy winner and No. 1 overall pick from the 2011 NFL Draft. The Auburn product has completed 59.6 percent of his NFL regular season passes for 29,041 yards, 182 touchdowns and 108 interceptions, and has 4,806 rushing yards and 58 rushing touchdowns. He has been named to three Pro Bowls and was named the NFL’s Rookie of the Year in 2011 and Most Valuable Player in 2015.

The 6-foot-5, 245-pound mobile passer is regarded as an extremely athletic specimen, but his aggressive style of play has exposed him to injuries and inconsistency. His most recent ailment — a Lisfranc fracture which required surgery — sidelined him for all but two games last year and likely dissuaded many interested parties.

Newton’s free agency campaign ended last week after agreeing to a paltry one-year contract with $550,000 in guaranteed money. The deal is chock full of incentives and carries a maximum value of $7.5 million.

“It’s not a lot of things money cannot buy. But amongst the top of that list of things, you would find RESPECT as one of those!!” he wrote in response to critics. “This is not about money for me, it’s about respect.”

The larger-than-life QB joins 23-year-old Jarrett Stidham and journeyman backup Brian Hoyer on the Patriots’ depth chart and will compete to fill the void left by 20-year starter, Tom Brady.

Shortly after the signing was announced, Newton posted an emotional, shirtless video to Instagram, vowing to “motherf—ing roar like an animal.”

“You gonna choose that over this?” he shouted between crunches and Russian twists. “I’m being modest, I’ll say this: I’m getting tired of being humble now.”

Marcelo Bielsa has taken Leeds to the brink of promotion, and should be a real asset to the Premier League next season