CANELO ALVAREZ was winning on ALL three of the judges' scorecards before his fight with Billy Joe Saunders was stopped.

The Mexican P4P king forced the brave Brit to quit on his stool at the end of round eight to continue his super-middleweight dominance. 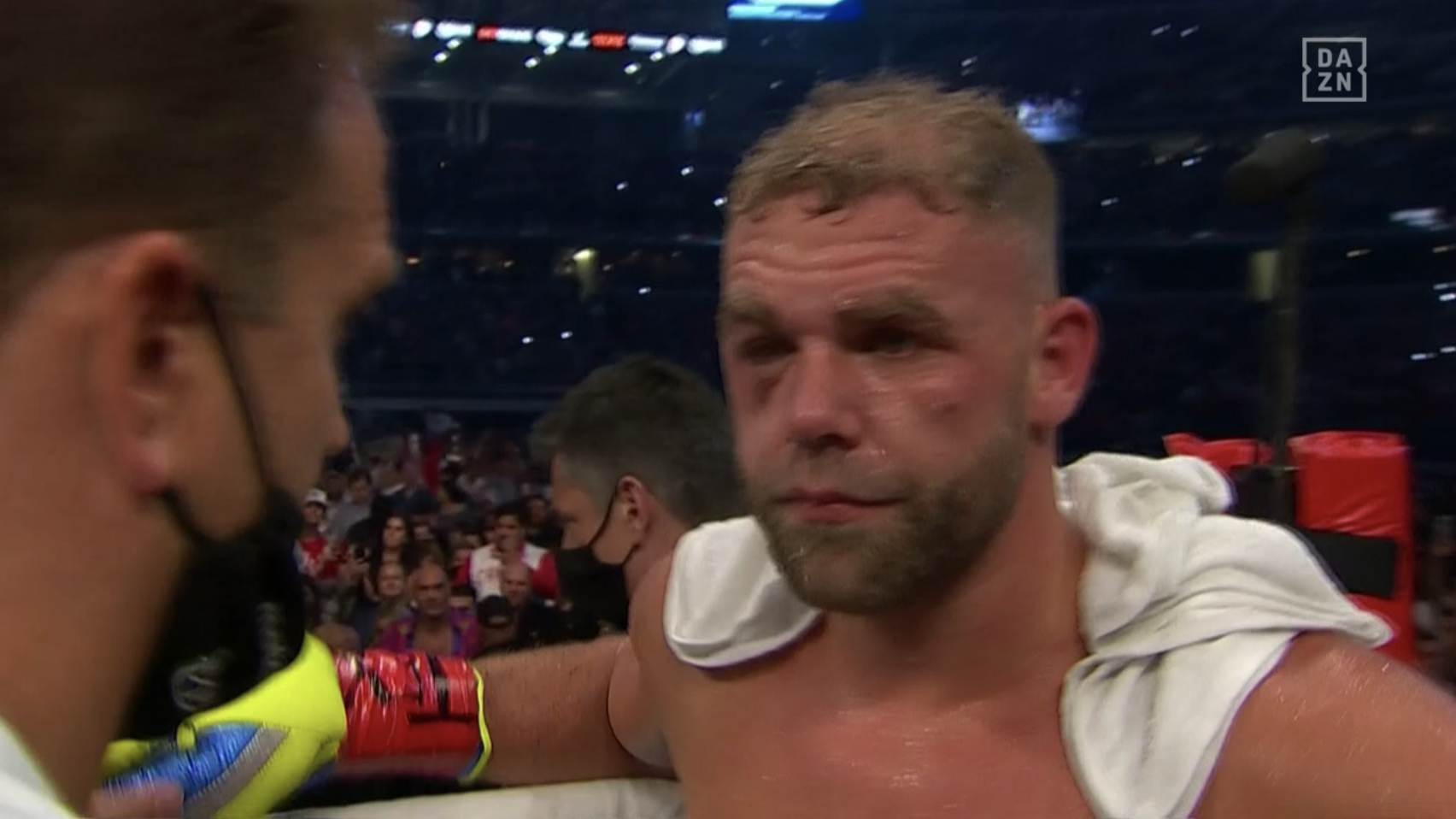 He had somewhat struggled to find his range during the bout, but ultimately his classy power shots prevailed.

And after Saunders could no longer continue due to a horror eye injury, the scorecards were revealed.

It was a tad harsh on Saunders, who put up a solid showing all night, ducking and weaving his rival's attacks.

But he was rushed to hospital after the clash, with what is feared to be a broken eye socket.

Fans reacted with anger at the scorecards, and claimed Alvarez, 30, was getting a hometown decision.

Another added: "Jesus Christ this is what people mean with boxing judges."

And one said: "This is why boxing will never be as big as other sports, what on earth is this judging, time and time again. Disgusting to see."

Who is Thomas Bjorn's ex-wife Pernilla, and does the US Open golfer have children with her?