The two fighters squared up in a tense confrontation before things exploded into a bloody brawl, with Canelo making contact with Plant’s face. 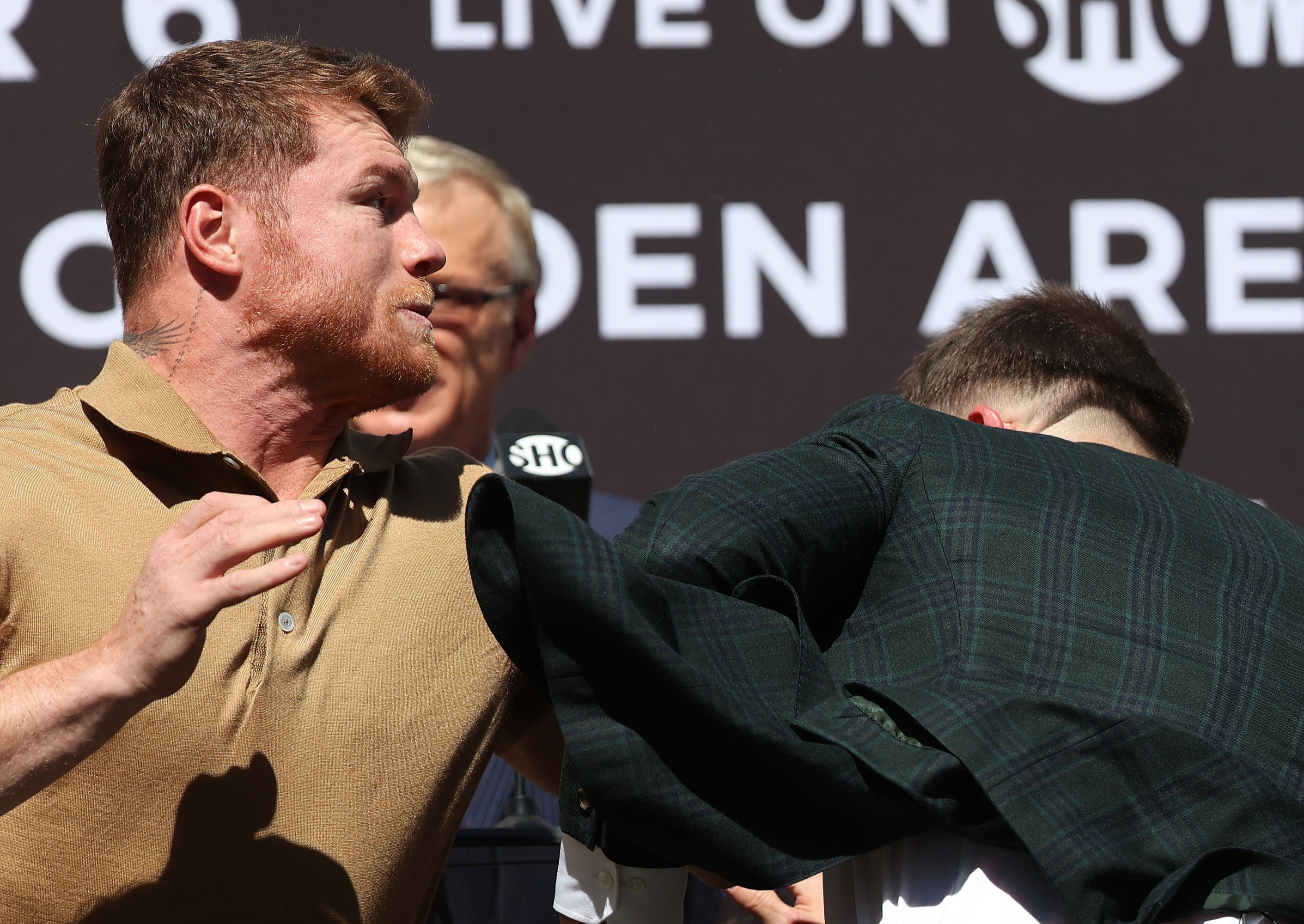 The Mexican revealed Plant insulted his mother while on the stage.

And Canelo now says she thanked him for dishing out some early punishment to his upcoming opponent.

Canelo said: “My mum was angry too. She said, ‘Thank you son for showing me respect. You need to win’.”

Talking about the incident itself, Canelo added yesterday: “He talked about my mum.

“He said ‘you motherf***er’ so you’ve passed the line right there.

“So that’s why I pushed him and then he came back with a left hook.”

The two fighters will clash in Las Vegas on November 6 to see who will become the undisputed super-middleweight champion.

Unbeaten Plant holds the IBF crown, while Canelo is the WBA, WBA and WBO king.

And the Mexican is confident of adding the final belt to his grand collection.

Canelo declared: "At the end of the day, this is what I want to do with my career, make history.

"These things, like becoming the first to be the unified champion at 168 pounds, is making history.

"To potentially be one of the few who holds this prestigious honor in any weight class makes me very happy.

"For my country, this would be a huge accomplishment. I want to be remembered as one of the greatest in the history of the sport."