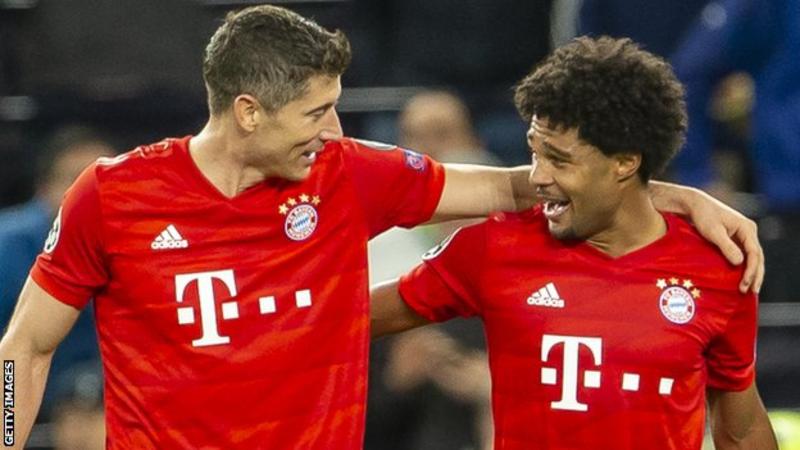 The highest-scoring Champions League group stages ever have come to an end with the usual suspects qualifying – but there are some unfamiliar names among the top goalscorers.

So what have we learned so far from this season’s tournament?

For each of the past 12 seasons Cristiano Ronaldo or Lionel Messi has won the Champions League golden boot – including one year they shared it with Neymar. Messi had four in a row, before Ronaldo’s six in a row (including their shared season) before Messi won it again last season.

There has been one man dominating the scoring charts with them for the past eight seasons – but he has yet to win a golden boot – or the Champions League.

Could this be Robert Lewandowski’s season? Since the start of 2011-12 the Pole has scored 62 goals – only one fewer than Messi. Ronaldo is the only other player to score more, with 90 goals in his last 88 Champions League games.

The three are in a league of their own. The next top goalscorer is Karim Benzema on 38.

This season Lewandowski has scored 10 Champions League goals in five games (he was an unused substitute in the final match against Tottenham), an average of one every 44 minutes. That puts him two above Erling Braut Haaland (more on him soon) with Harry Kane next on six.

Messi and Ronaldo have two goals each.

There is a new goalscorer in town 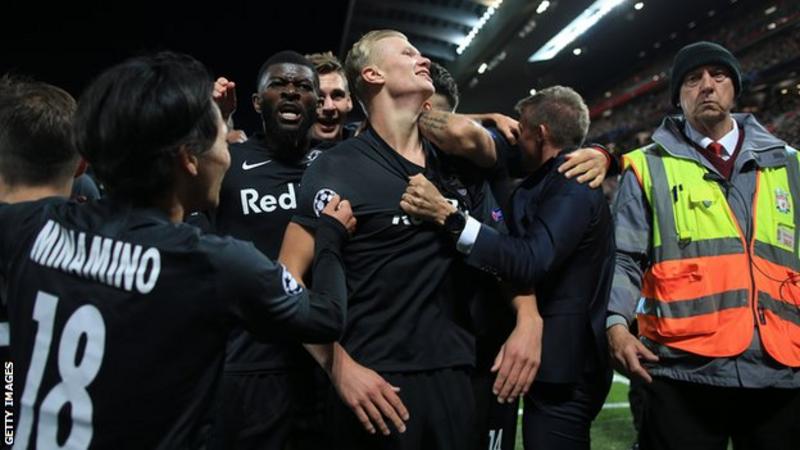 Rarely has a Champions League goal machine come from nowhere as much as Haaland this season. The 19-year-old, who plays for unheralded Red Bull Salzburg, scored a remarkable eight goals in the first five Champions League games of his career.

Even though Salzburg are out in the group stages, that would be enough to see him finish as the third top scorer in the tournament more often than not.

In fact his eight goals would have been enough to win or share the Champions League Golden Boot in nine different seasons – mostly before Ronaldo and Messi’s 12-year stranglehold on the crown.

However his Champions League campaign may not be over yet. There are reports he has a release clause of £17m in his contract – with most of Europe’s elite likely to be interested at that price.

As of last season, players cannot be cup-tied in the Champions League so if he were to join a team in the last 16, he could play for them in the knockout stages.

Three of the nine hat-trick scorers in the group stages were aged 20 or under – Haaland, Paris St-Germain striker Kylian Mbappe and Real Madrid winger Rodrygo. 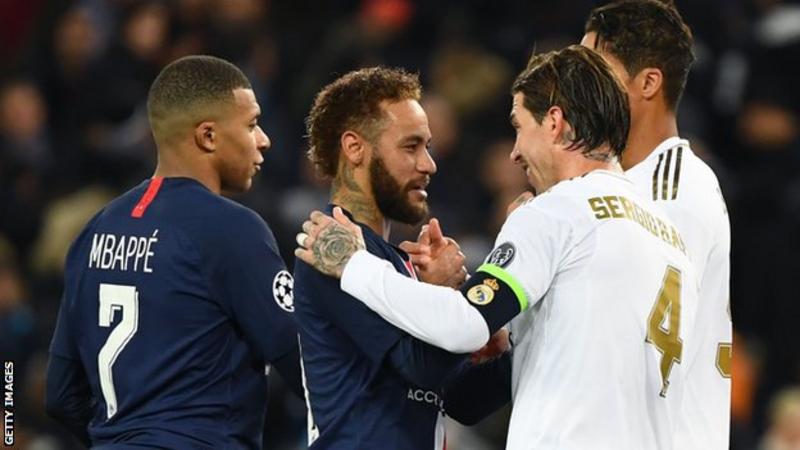 Of course, we have been here before. Time and time again.

Paris St-Germain can look awesome in the knockout stages, and then the first leg of a knockout game – before capitulating in the second leg when the pressure is on.

Last season they topped a group with eventual winners Liverpool. The season before they finished above Bayern Munich.

But if we only judge them on what they have done in the group stages – they have been excellent, including a 3-0 win over Real Madrid without Mbappe, Neymar or Edinson Cavani.

They came from 2-0 down at the Bernabeu in the reverse game to draw and keep their unbeaten European campaign going.

With Mbappe averaging a goal every 81 minutes in all competitions this season, a lot of eyes will be on them after Christmas.

It’s probably best not to celebrate too much 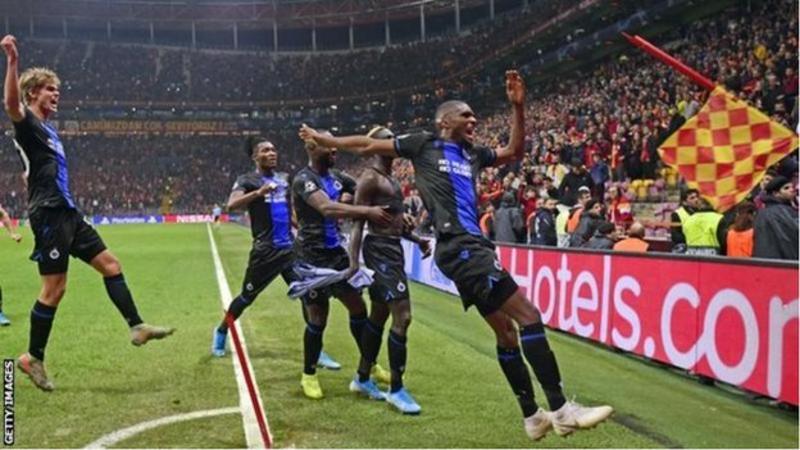 Club Bruges enjoyed their equaliser against Galatasaray in their fifth game so much that they had two players sent off.

Krepin Diatta – who scored the goal – took his shirt off to celebrate and Clinton Mata kicked the corner flag.

They were both shown a second yellow card and dismissed, ruling them out of the final game against Real Madrid. They lost that one 3-1, but still qualified for the Europa League thanks to Galatasaray losing to Paris St-Germain.

English teams are fun to watch 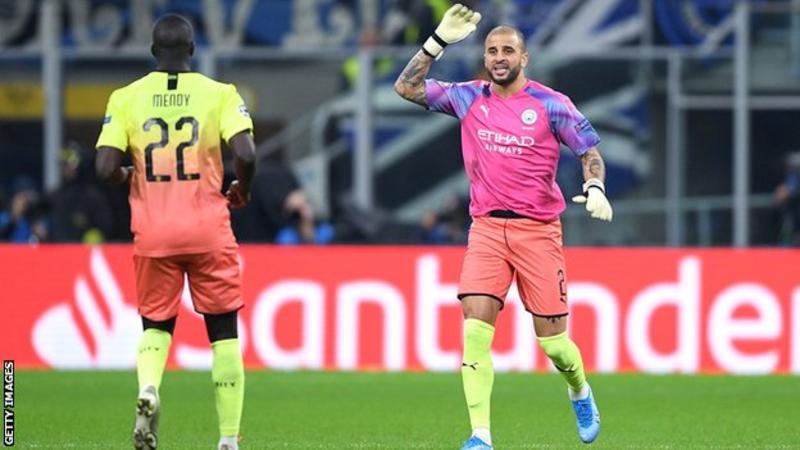 It is hard to look past Kyle Walker going in goal for Manchester City and keeping a 10-minute clean sheet at Atalanta as one of the more enjoyable moments of the Champions League this season.

But games involving Premier League teams have been excellent to watch this season. Chelsea followed a 4-4 draw with Ajax up with an incident-packed 2-2 draw with Valencia.

Tottenham have lost 7-2 to Bayern Munich but then beaten Red Star Belgrade 5-0 and 4-0 and seen off Olympiakos 4-2.

In a disappointing twist for the neutrals – and perhaps a sign of the times with the bigger leagues making more money than ever – all the teams in the last 16 are from the main five leagues.

Last season Dutch side Ajax reached the semi-finals and Portugal’s Porto got to the quarter-finals.

In 2017-18, Ukraine’s Shakhtar Donetsk, Switzerland’s Basel, Turkey’s Besiktas and Porto all made the knockout stages.

But this year for the first time ever all the last 16 are English, Spanish, Italian, German or French.

Wada admits it lacks resources to tackle rise in doping