FRANK LAMPARD has insisted he is a 'huge fan' of Jurgen Klopp ahead of Chelsea's meeting against Liverpool on Sunday.

The Blues boss has admitted he 'overstepped' the mark at Anfield when the two teams faced other in July. 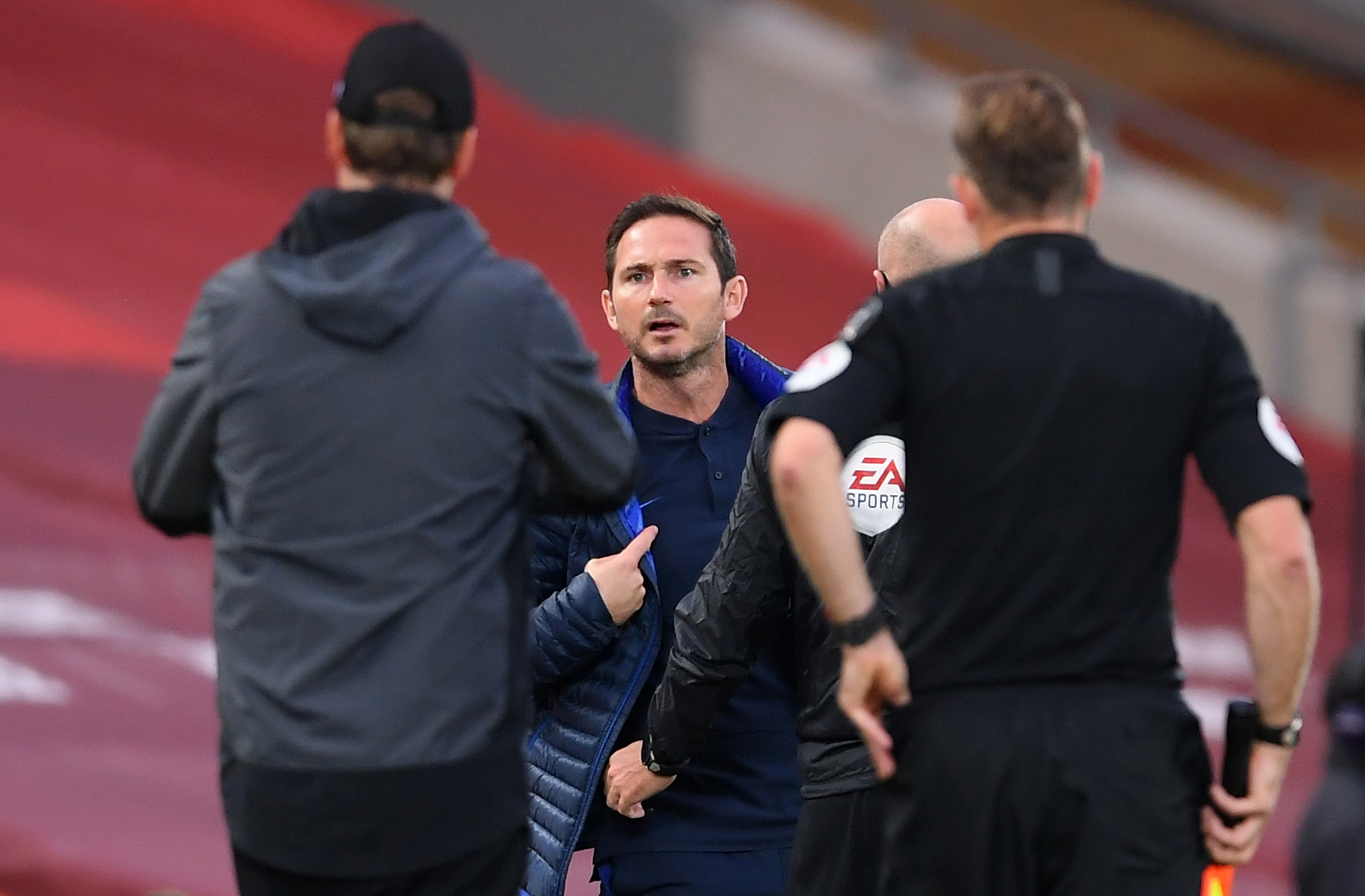 Lampard and Klopp were involved in a heated exchange, where the ex-Derby gaffer told the German to "f*** off".

Klopp later stated that the 42-year-old has to learn from their argument, with Lampard admitting he regrets his touchline antics.

Speaking ahead of Sunday's clash against the Reds, Lampard said of Klopp: "I'm a huge fan of his.

"The competitive moments that you see maybe on the TV and if I slightly overstepped the mark an Anfield, it's got no relevance to how I feel about him as a person and as a manager.

"To play the champions – who are such a great team – is always going to be a big test.

"It makes it important for us, it's a benchmark for us, because they were the benchmark."

Both teams go into tomorrow's meeting having won their opening Premier League fixture.

Liverpool edged out Leeds in a seven goal thriller, while Chelsea beat Brighton 3-1 at the Amex Stadium.

Blues fans will be hoping summer arrival Timo Werner opens his account for the club against Liverpool having drawn a blank against the Seagulls.

Commenting on the reason why he signed for the West London outfit, he said: "I've come here to win titles, Chelsea is a big club and a club that always wants to win.